Betting Stories: Punter comes agonisingly close to winning £50,000 from £3 'to be carded' treble 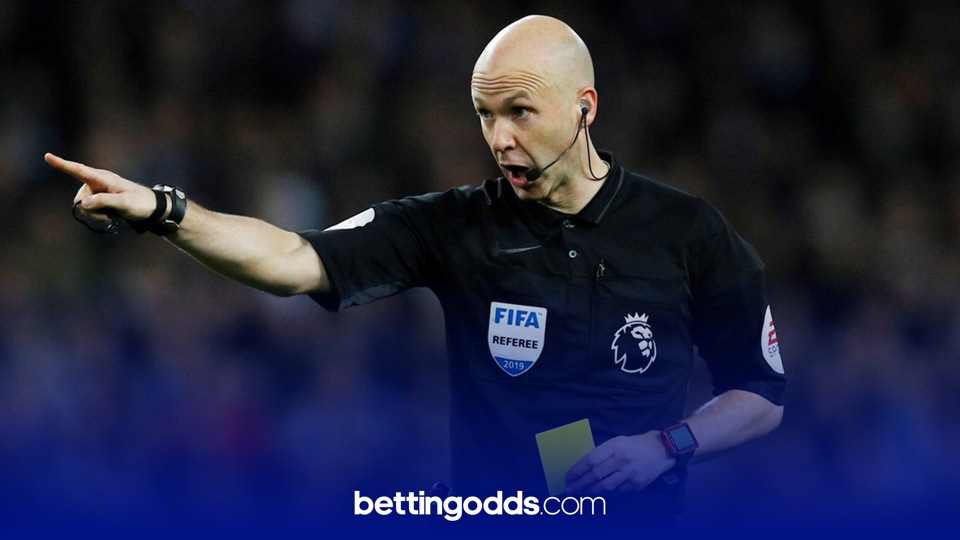 One plucky bet365 customer came agonisingly close to landing the bet of a lifetime at the weekend, but one solitary booking prevented him from winning a colossal £49,077 from just £3!

@matthew_oregan placed the small-stakes wager on six players to be booked in total - two in each of the 2pm fixtures taking place on Sunday afternoon. The shrewd bettor backed Christian Norgaard and Mathias Zanka Jorgensen to find their names taken against West Ham. The former was cautioned just before the 70-minute mark but Jorgensen made him sweat after leaving it late to pick up a card for an overzealous challenge against Michail Antonio.

Elsewhere, Mr. O’Regan also backed Spurs midfielder Oliver Skipp and Aston Villa’s Jacob Ramsey to pick up a yellow card at the Tottenham Hotspur Stadium. Skipp - the division’s joint-most carded player this term with four bookings to his name thus far - saw his name taken 10 minutes before the break, after Ramsey had also been cautioned for a blatant foul on Harry Kane.

The game which let it all down was at Selhurst Park, as Crystal Palace and Leicester played out a 2-2 thriller in south London. The bet required James McCarthur and Timothy Castange to both be carded to be settled as a winner and cement the astronomical returns, but after neither player had received one as the game entered the final 10 minutes, it looked as though the dream was over.

That was until McCarthur was penalised for a body check on Jamie Vardy in the 83rd minute. Game on! (again). 10 minutes - including stoppage time - for the Foxes’ full-back to etch his name into Anthony Taylor’s notepad, then, and with the Belgian directly up against the elusive foul-magnet Wilfried Zaha, you felt there was a huge chance in it coming in.

Unfortunately, though, it was a tale of close but no cigar and Castange ended the match with a clean record, ensuring this bet would take pride of place in the Near Misses Hall of Fame. Heartbreaking! 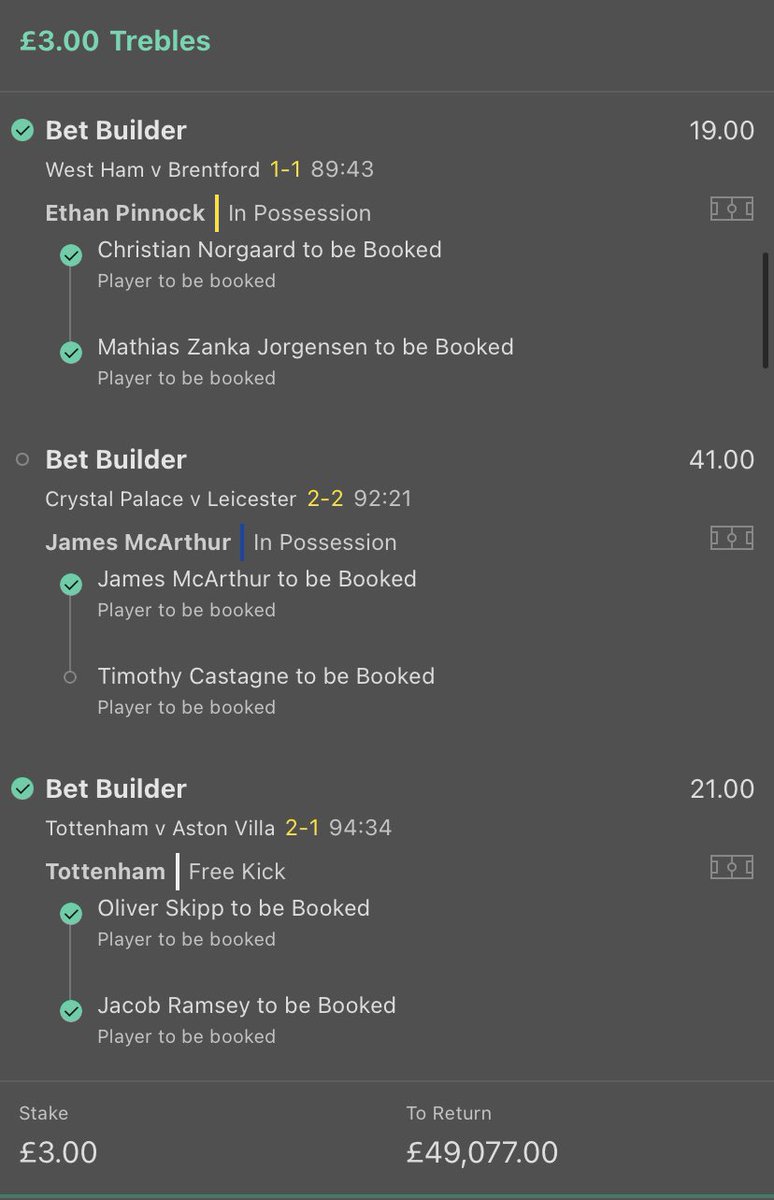 .@matthew_oregan was just a Timothy Castagne booking away from landing £49,077 from this sensational Bet Builder treble! 😩 https://t.co/hskTqMw5T8