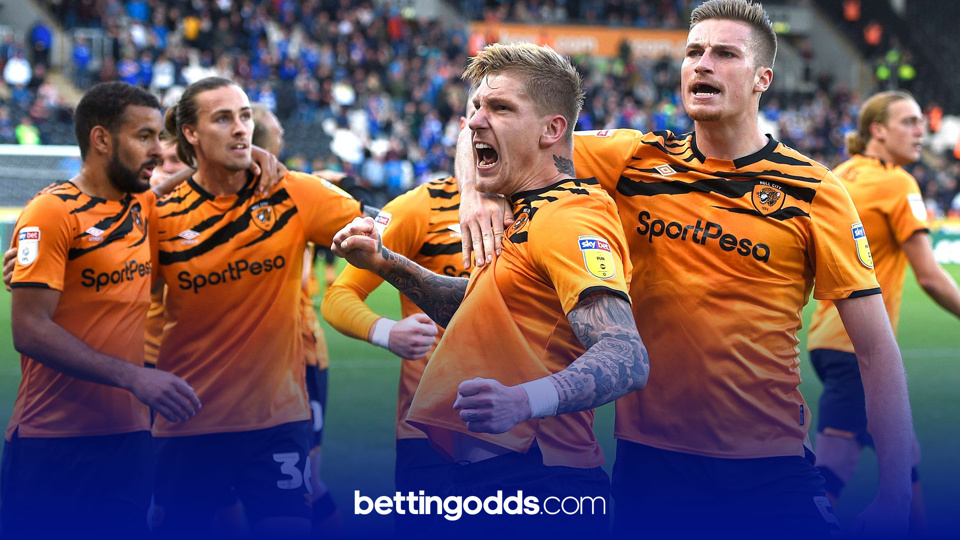 Betting Stories: Hull's win over Swindon at the weekend helped get this stunning acca over the line
By Callum Pragnell
11:25 Wednesday 3rd February 2021 - 2 minute read

There was another astonishing win from a punter on Twitter last night, who landed this incredible six-fold accumulator after Portsmouth beat Charlton to end their winless run in League One.

The bet365 customer stuck £35 on Hull to beat Swindon, Oxford United to beat Fleetwood, Blackburn to beat Luton, West Brom to draw with Fulham and MK Dons to beat AFC Wimbledon on Saturday, each of which came in.

So, all they were waiting on was Pompey to beat Charlton away from home on Tuesday evening. At 7/5, this was one of the higher priced selections in the bet considering the visitors had lost their last three games, and Charlton had lost just one of their previous five.

While we are unaware of the cash-out value prior to kick-off, it would have probably been around the £2,500 mark which would have been incredibly tempting to take. However, fortune does favour the brave and the ballsy punter is now enjoying the Wednesday of a lifetime, sitting pretty with an extra £7,933 in their back pocket.

If ever there was a reason to use bet365 for your accumulators, this is it. Due to the Stoke-based bookies' acca bonus, this punter scooped an extra £1,322 on top of their actual winnings, with a six-fold accumulator yielding customers an extra 15% if their bet is settled as a winner.