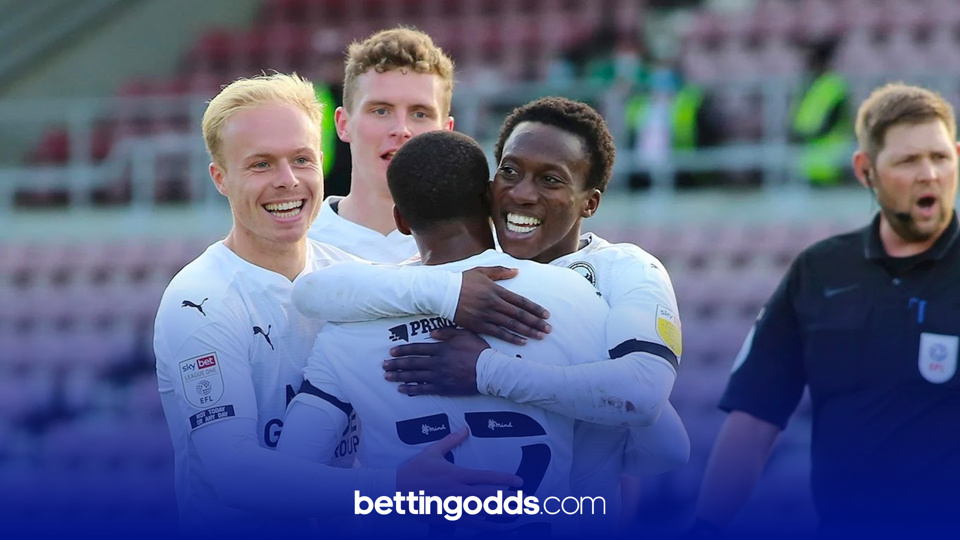 Ever just look at a bet and think "how in god's earth has that come in?" we're all guilty of it when aimlessly scrolling through Twitter and we'd all be lying if we didn't get overcome with bitter jealousy at the person who claimed it. When the initial jealousy passes, though, there is time to give them a virtual well done in the form of a like, but that comes a little later.

I digress, this is exactly the sort of bet I'm talking about. Tom Ross (@TomRoss_) placed a £5 wager on the most bizarrely random eight-fold we have ever seen. His selections are a far cry from the standard punter's W-D-W acca and to try and make any sense of them is probably just a huge waste of time.

The Southend supporter backed Carlisle and Stevenage to both take between 7-9 corners v Port Vale & Mansfield; Oldham to take between 4-6 corners v Morecambe; Peterborough to score 2+ goals against Northampton; over 1.5 goals, over 8.5 corners and over 25 booking points in both the Plymouth v Burton & Portsmouth v MK Dons matches, and Bristol Rovers & Leyton Orient to both pick up 20+ booking points (two or more yellow cards) in their respective fixtures against Lincoln and Barrow.

You see what I mean.

Astonishingly all selections ended up winning and he picked up a whopping £6,815 in returns, but two things made this bet even more special:

A) The fact that it was from a free bet, meaning he didn't spend any of his own money on placing it - which was perhaps the only reason he put on the left-field ballsy acca in the first place.

B) The fact that both of Bristol Rovers' yellow cards came in second-half stoppage time in the 95th and 98th minute.

Absolutely incredible stuff and it surely would have softened the blow of Southend missing out on their first win of the season, after Exeter rescued a point in the last minute of the game at Roots Hall. 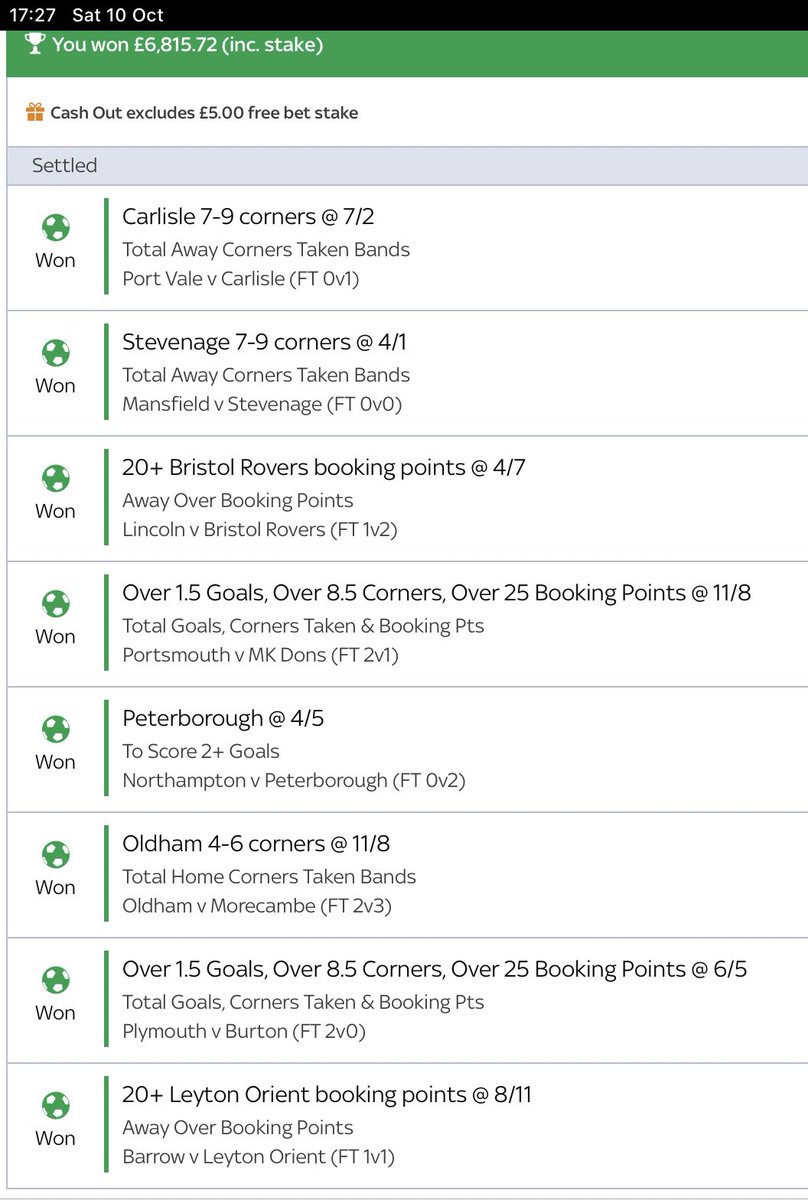