It's hard to have too much sympathy for a man who cashes a bet out for less than his stake, but here we are.

For one Sky Bet customer, a decision to take £2 from a Europa League accumulator, where the odds were a humungous 813/1, will undoubtedly go down as one of the worst betting decisions he'll ever make.

While the initial stake remains unknown to us at this point, with such high odds the sensational eight-fold would have yielded him a great deal of profit had he of let it run to its conclusion.

This bet was not your typical win-draw-win acca, nor was it a both teams to score or an over/under 2.5 goals play. Using Sky's special goals market, he backed eight different teams to score two goals or more in their respective Europa League outings on Thursday.

It is somewhat understandable that the cash-out feature was used, not that we are condoning it. With most of the legs flying in, Ajax were approaching the end of their tie against Lille without scoring.

The game was goalless until the 72nd minute, when Timothy Weah opened the scoring for the French side. As the clash ticked closer towards full-time it looked as though the Dutch giants had indeed put an end to this bet winning.

This was probably around the time the punter opted to cash-out and cut his losses, with Sky Bet offering £2 for the trouble. So, as we can only imagine, when Dusan Tadic levelled things in the 87th minute, the nerves would have been jangling.

Two minutes later, Brian Brobbey scored Ajax's second to win the game for the Eredivisie outfit, in turn landing this incredible bet in the most dramatic of circumstances. Heartbreak for this bettor, who will surely now think twice whenever he's offered a cash-out for less than the initial stake... 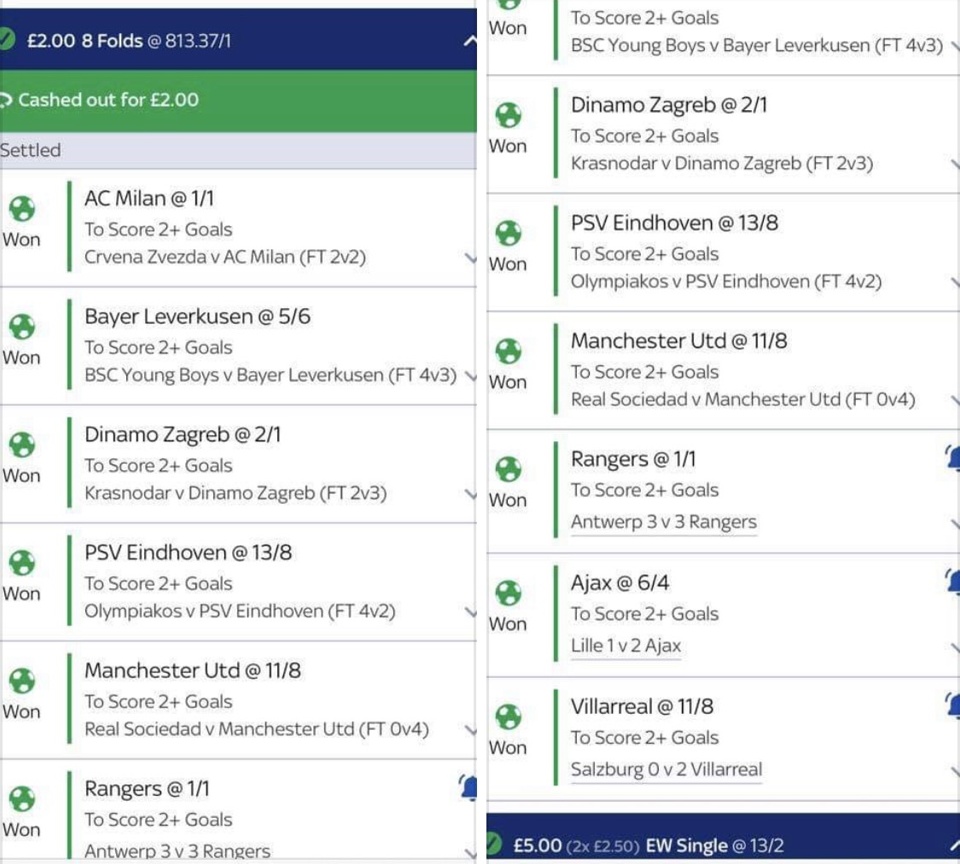