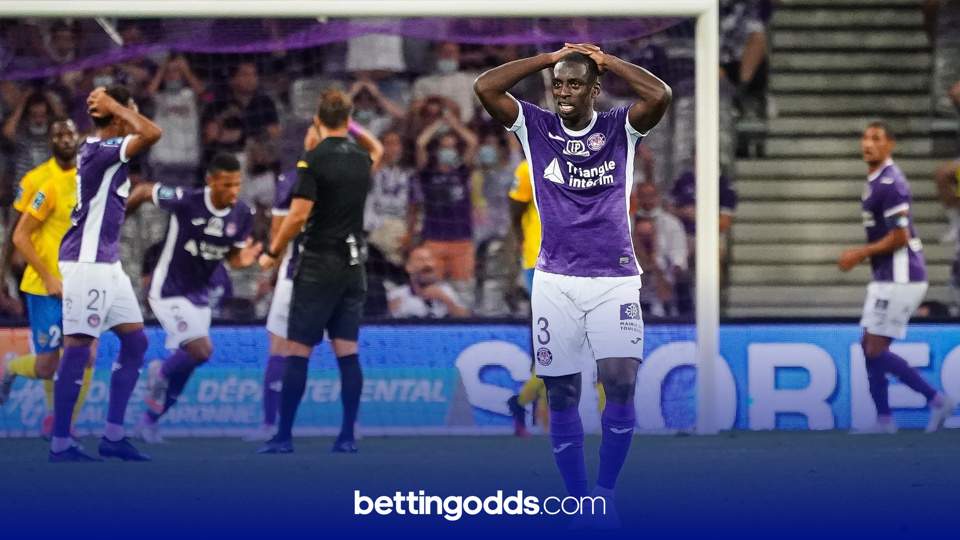 Betting Stories: Late drama in Toulouse provided this punter with the win of a lifetime
By Callum Pragnell
11:51 Tuesday 16th February 2021 - 2 minute read

Late drama in France turns £20 into £57k for plucky punter

One extremely lucky bettor turned £20 into a whopping £57k on Monday night.

The Ladbrokes customer backed four teams across Europe to win both halves of their respective matches, but it was almost over before it had even started as West Ham's duel with Sheffield United remained goalless until the 41st minute, before Declan Rice converted a penalty for the east Londoners.

The Hammers went on to get the job done with relative conviction, beating the Blades 3-0 in the end thanks to second half goals from Issa Diop and Ryan Fredericks. Athletic Bilbao and Roda JC also coasted to comfortable victories - winning 4-0 and 3-1 respectively.

But it looked as though the punter's luck was out in France. Toulouse had taken a first half lead against AC Ajaccio but the game had completely plateaued after the interval, that was until the hosts snatched two late goals in the 86th & 91st minute to cement their win, turning the £20 stake into a staggering £57,037.50.

"It really was a game of two halves for this punter who was left thinking his bet had lost not once, but twice until the late drama ensued, clinching him a cool £57k."

(To win both halves)