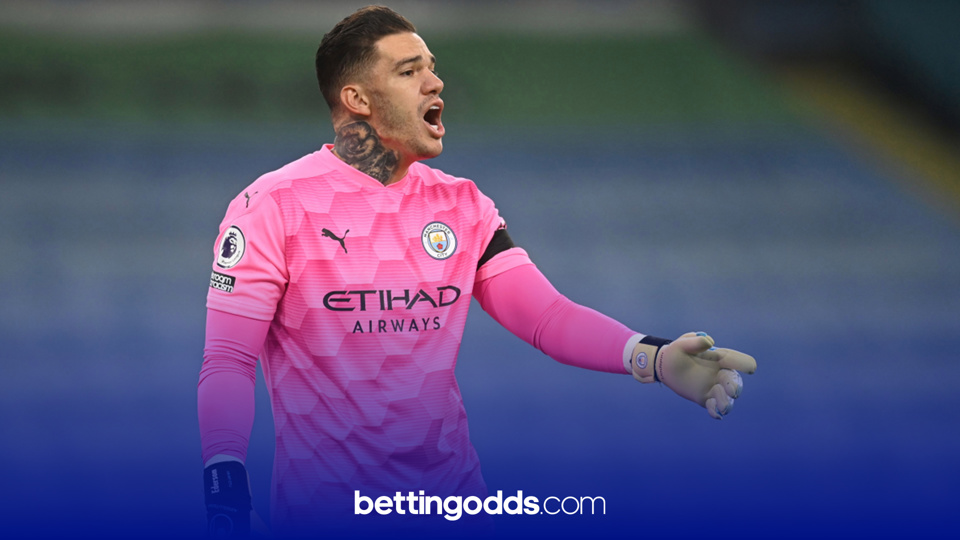 Paddy Power have long been known in the industry to do things a little bit differently.

With their humorous gimmicks and jovial advertising, the Irish bookmaker offers a light-hearted take on sports betting which is why they are one of the most popular throughout the UK.

Always keen to provide customers with added incentives, Paddy's offer frequent free bets on some of the biggest games in the Premier League and Europe, while they often pay-out early on certain specials. For instance, PP paid out on Manchester City winning this season's Premier League prior to the Cityzens' 4-1 win over Liverpool last Sunday.

While it looks a foregone conclusion that City will indeed scoop their seventh top-flight title this season, it was still a nice touch and one that goes a long way for bettors deciding on who their loyalties will sway towards in the future.

Much talk has surrounded Man City goalkeeper Ederson throughout the previous week, linking the Sky Blues shot stopper to penalty duties at the Etihad due to the ridiculous amount of spot-kicks City have been squandering of late.

Guardiola was asked in his post-match interview after the Liverpool victory if he would entrust his goalkeeper to become the next designated penalty taker after Ilkay Gundogan's disastrous effort at Anfield, to which he hinted that it was a potential possibility as he was aware of the Brazilian's talent from 12 yards.

This led to plenty of speculation suggesting that Ederson would be the next in line to test his mettle from the spot, with a number of bookmakers pricing him up at a rather meagre 9/2 prior to the weekend's visit of Tottenham.

Indeed, this was a price that Paddy Power boosted to 25/1 in-play as one of their 'half an hour specials', and a plucky punter got involved by placing a £20 stake on it happening.

And, when Gungogan was brought down in the area by Pierre-Emile Hojbjerg during the first half of Saturday's encounter, there was a collective feeling that Ederson's time had come.... only for Rodri to be handed the responsibility instead. All rather boring.

However, in true Paddy Power style, the Irish firm honoured the bet and paid out this particular customer £520 for his initial ballsy-ness. Well in. 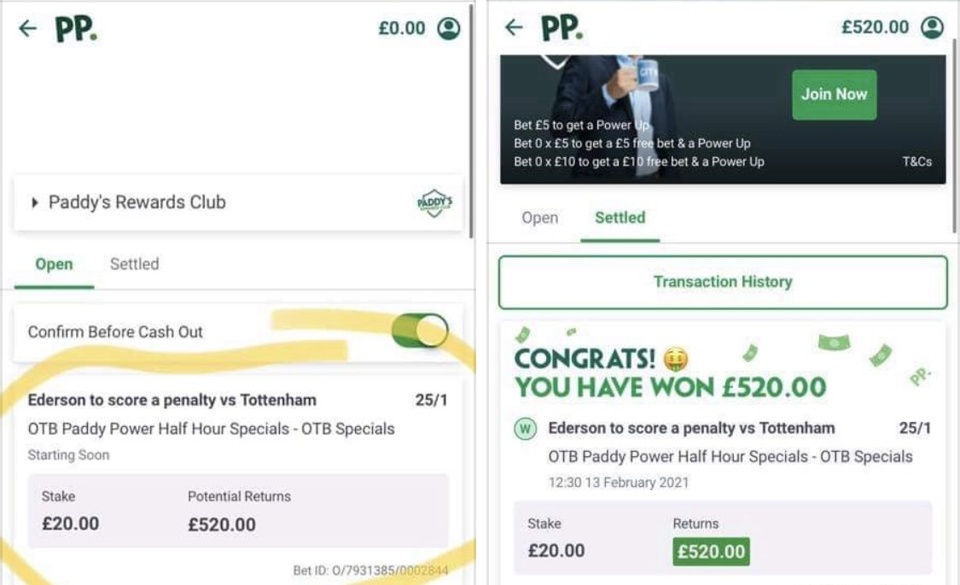