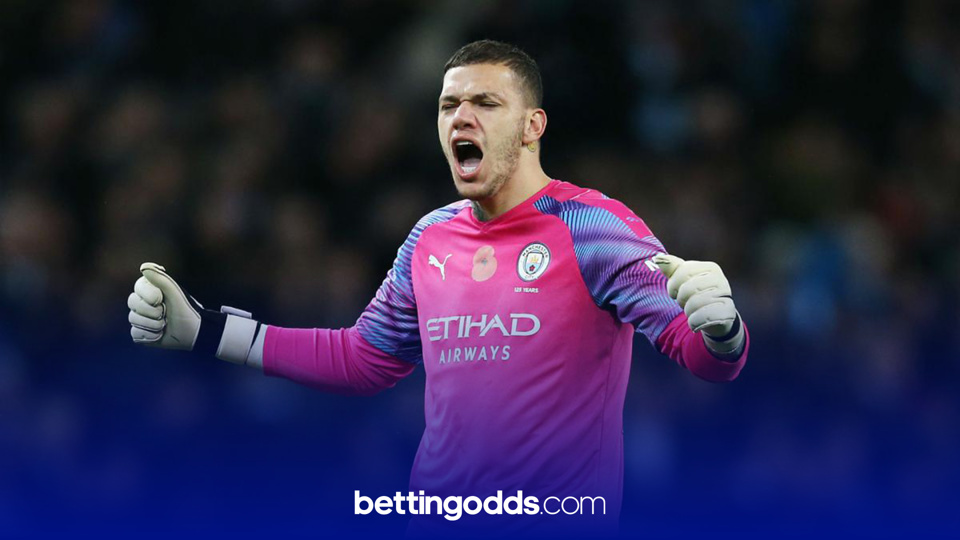 Spurs were the last side to beat Manchester City in the Premier League back in November and the two face off at the Etihad on Saturday. Pep Guardiola will be looking to continue his side's winning streak that has now stretched to a record breaking 15 games in all competitions.

Despite an emphatic 4-1 victory at Anfield, Ilkay Gundogan managed to blaze a penalty over in the first half which has left questions over who should potentially be taking them in the remainder of the season.

It’s no secret that over the last couple of seasons City have missed numerous penalties and have often had to switch their taker. Ilkay Gundogan’s miss means that he is now the third player to have failed to convert a penalty for Pep Guardiola’s team this season. The German midfielder joins Kevin De Bruyne and Raheem Sterling to have missed this season and in total their conversion percentage in all competitions in the 2020/2021 season is just 57.1%

It’s not just this term that the Sky Blues have struggled from 12 yards either. Looking back on the 2019/2020 season and City missed six of their 16 penalties that they were awarded in all competitions. Six different takers were used in total with only Kevin De Bruyne and Riyad Mahrez having a 100% conversion rate, with the Belgian slotting home four from four. Gabriel Jesus and Raheem Sterling both missed two penalties last season and with the latter also failing to convert this season, you would think he is now out of the question to step up again.

The keeper couldn’t take one, could he?

With Sergio Aguero and Kevin De Bruyne currently sidelined for the Cityzens, there has been fresh talk of Brazilian goalkeeper potentially taking a penalty. The 27-year-old has one the best touches of any goalkeeper to play in the Premier League and his range of passing is exceptional for a player of his position.

After the game with Liverpool Pep Guardiola was asked about the possibility of his goalkeeper taking a penalty and replied that it is now “half a joke”.

“He has to save them also, then after we see what happens”

“But he is an option because I’m pretty sure he’s a good taker. A penalty taker has to be the personality with huge confidence in himself” 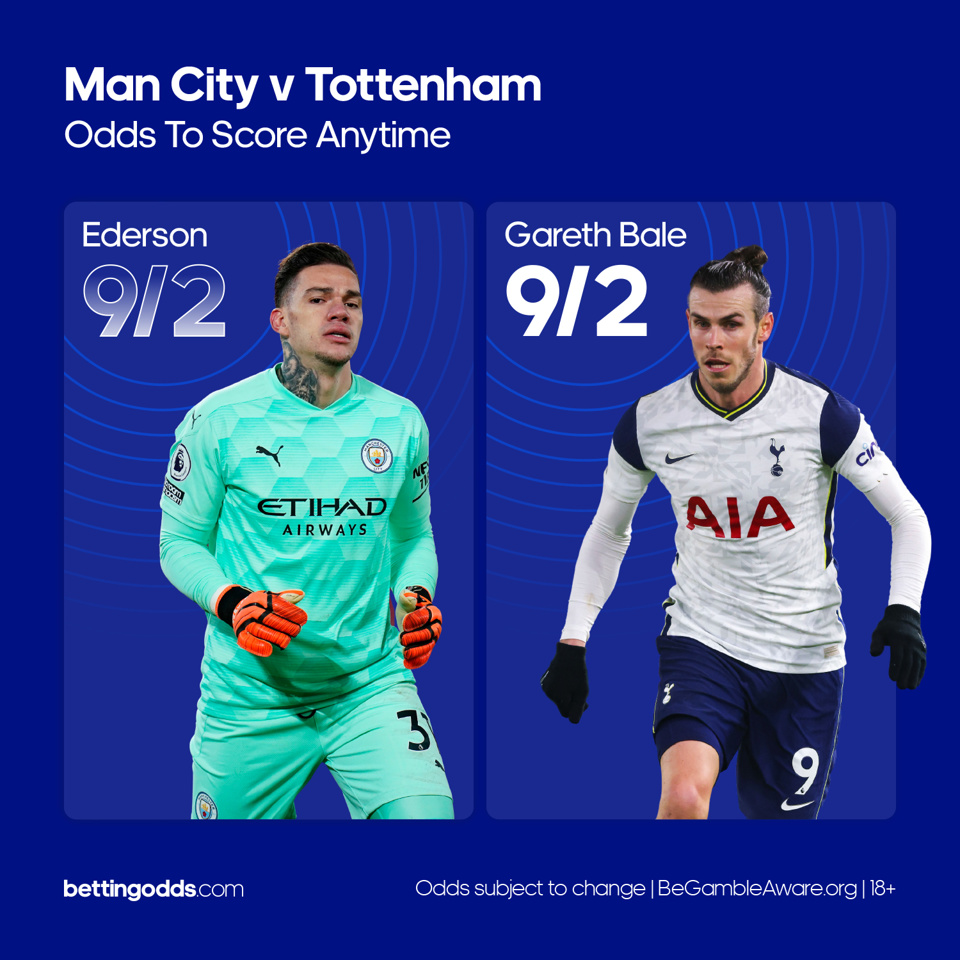 With Pep’s quotes and plenty of tabloid speculation came the astonishing price offered from bet365 of just 9/4 for the Manchester City goalkeeper to score anytime against Spurs this weekend. That price has now quite rightly drifted, but only to 9/2 which is remarkably the same price as Gareth Bale to score anytime.

That’s also a shorter price than Lucas Moura, Stephen Bergwijn and Dele Alli (all 5/1) to score anytime! Here at BettingOdds.com we personally cannot not see Ederson taking a kick against Spurs at this point of the season. If the goalkeeper did take a penalty we think this would come in a game where City already have the title wrapped up and already had a considerable lead in that game.

Ladbrokes have offered 5/1 on Ederson to score at any point in the remainder of the season which we would certainly advise over the 9/2 available to score against Tottenham at the weekend.

It’s hard not to envision a Manchester City win with the hosts priced at 1/3 to make it 16 wins in a row. However, the aggregate score for the last three meetings between the sides reads, Spurs 6-2 Manchester City but remarkably the combined xG from those games reads Spurs 1.25 - 8.47 Manchester City.

Should be an interesting one, anyway...