Betting Stories: Own goal costs punter £4,356 from a fiver 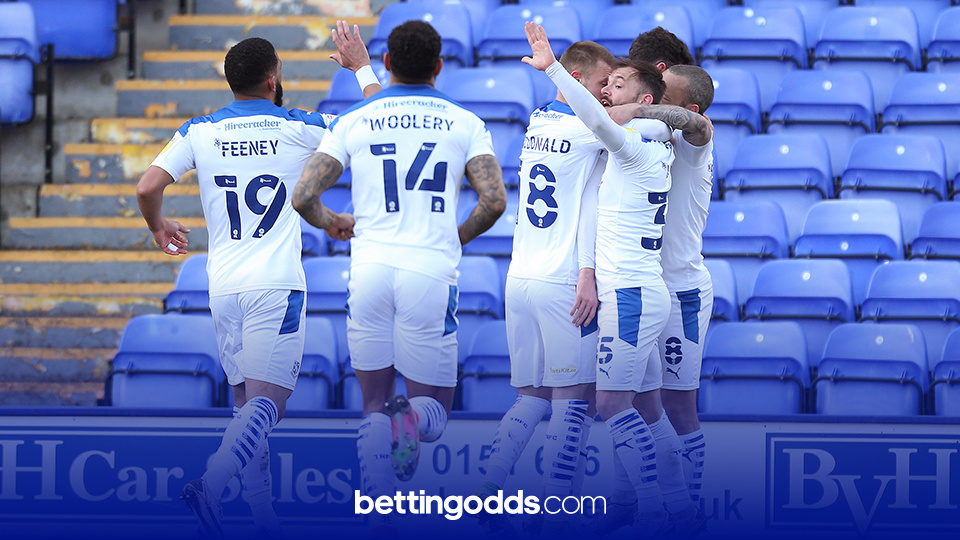 A flurry of football in the EFL saw plenty of punters try their luck with a midweek accumulator last night, and one came agonisingly close to landing the eight-fold of a lifetime, but an own goal cost him a £4,356 payout from £5.

The bet365 customer backed League Two leaders Cambridge United to beat Leyton Orient away from home - which they did after edging a six-goal thriller 4-2 at Brisbane Road - alongside the fourth-tier's second-placed side, Cheltenham, to beat Stevenage which the Robins did thanks to a George Lloyd goal on the stroke of half time.

Salford City have endured a turbulent campaign this time out but they returned to winning ways at the Bescot Stadium following a goalless draw with Tranmere at the weekend, beating Walsall 2-0 to keep them in the race for the play-offs.

Newport County are also in that race, currently 7th in the division with four games left to play, and they strengthened their cause with a 2-0 win over Crawley Town. Elsewhere, Morecambe heaped more misery on basement boys Grimsby, beating the Mariners 3-0, while there were also victories for Colchester and Bolton, who beat Southend and Carlisle respectively.

So, with all of the selections landing, all that was required was Bradford to beat Tranmere at home. The Bantams have been in a torrid run of form of late, winning just one of their last three games, so their inclusion into the bet is a little confusing. Although, at 7/4, they certainly bumped the odds up.

Unfortunately, though, they ended up costing the acca, in the cruelest of ways. A game which finished with NO shots on target from either side was settled by an own goal from centre-half Paudie O'Connor in added time of the first half.

Another case of so close, but yet so far.