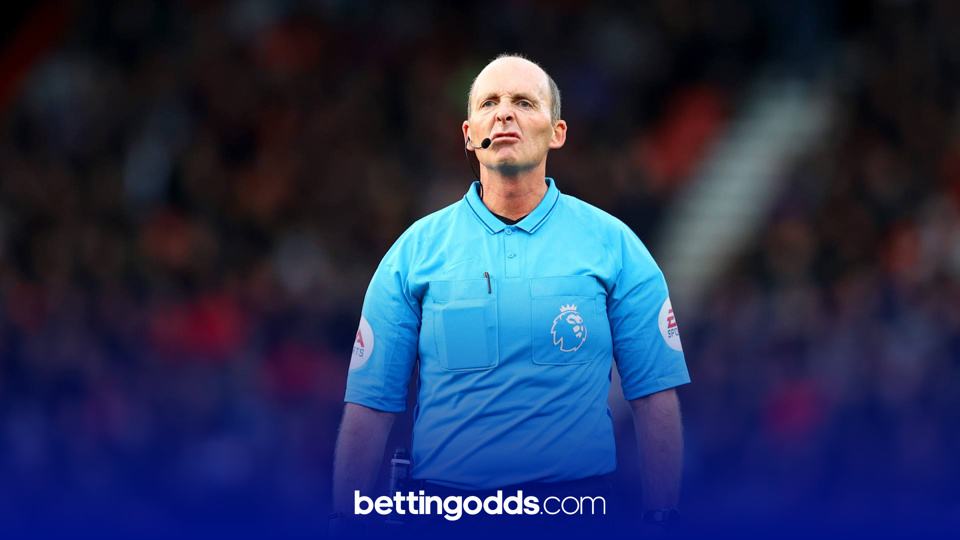 Mike Dean has divided opinion among football fans for years now, so much so that the 52-year-old referee is now dubbed the 'Marmite Man' - a reference to the fact that you either love him or hate him.

We here at BettingOdds.com are certainly on the side of the former, and love the way that Dean controls each game he takes charge of with a flamboyant edge. Sure, he often steals the limelight and makes the game about himself, but he also dishes out the cards like they're going out of fashion, and anyone who likes a Same Game Multi/Bet Builder flutter will likely agree that officials like Dean are an absolute dream when it comes to helping your bet get over the line.

This weekend, Dean took charge of Saturday afternoon's early kick-off as two West Midlands rivals locked horns at Molineux. Wolves v Aston Villa may not be each side's primary rivalry, but it is still a match that can often become heated due to how close the two are on the map. Saturday was no different. In total, Dean distributed a total of NINE yellow cards, two reds and a stoppage-time penalty in the Black Country, as Villa scooped a dramatic late 1-0 victory to see them rise to 10th in the Premier League.

This game was always primed to be special, as Dean was on the cusp of awarding his 3,000th booking! And, within 29 minutes, Villa defender Matty Cash picked up the historical caution after a poor challenge. The floodgates officially opened from then on in, with Dean kept busy throughout and the spotlight rarely leaving his gleaming head.

Eight more bookings and two red cards followed at Molineux, in what was the most ill-disciplined game of the season so far. These sort of games don't come along too often but when they do, you're laughing if you've had a bet on the action. Our very own tipster Jimmy the Punt did particularly well out of it, scooping a whopping £3,600 profit after landing FOUR separate bets!

Stunning punting, all massively helped out by our favourite man-in-the-middle Mike Dean. Be sure to check out Jimmy's latest tips for BettingOdds.com on our football tips page throughout the week!