Betting Stories: FA Cup thriller at Goodison sees Everton into the next round 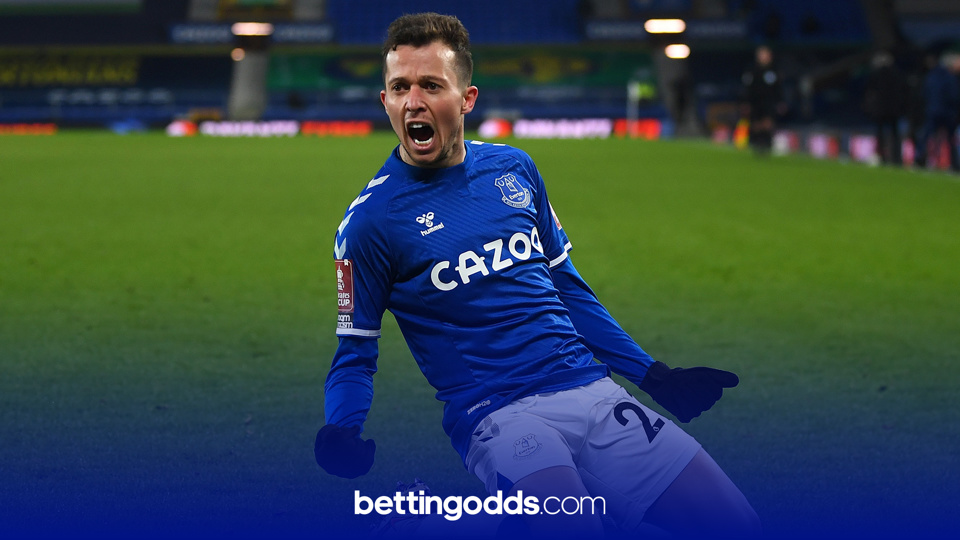 After the sheer dross that we all had to endure on Tuesday evening as Manchester United squeezed past West Ham at Old Trafford, last night's fifth round clash between Everton and Tottenham made it up to us, and more.

A nine-goal thriller saw the Toffees book their spot in the quarter-finals, knocking out Jose Mourinho's side who initially took the lead inside three minutes via a Davinson Sanchez header. Three quick-fire goals from the hosts saw Carlo Ancelotti's side take a 3-2 lead into the interval, however, after Erik Lamela notched Tottenham's second in stoppage time of the first 45.

An unlikely brace from Sanchez kicked off proceedings in the second half and saw Spurs draw level, before Richarlison put the Blues 4-3 up just after the hour mark. Son Heung-min then linked up with Harry Kane yet again to draw the visitors level in the 83rd minute, which meant the game had to be settled in extra-time. Seven minutes after the restart, Bernard latched on to a delightful chipped through ball to volley home the decider and seal Tottenham's fate.

Seven different goalscorers and seven yellow cards (four for Everton, three for Spurs) meant that this game was a Bet Builder-backer's dream. The correct score was a humungous 275/1 before kick-off, while there was a hugely unlikely double from Davinson Sanchez, who would have been incredibly high odds to score anytime in Merseyside.

Well... That was an absolutely brilliant #EmiratesFACup tie! 🙌

Best winners from the evening: 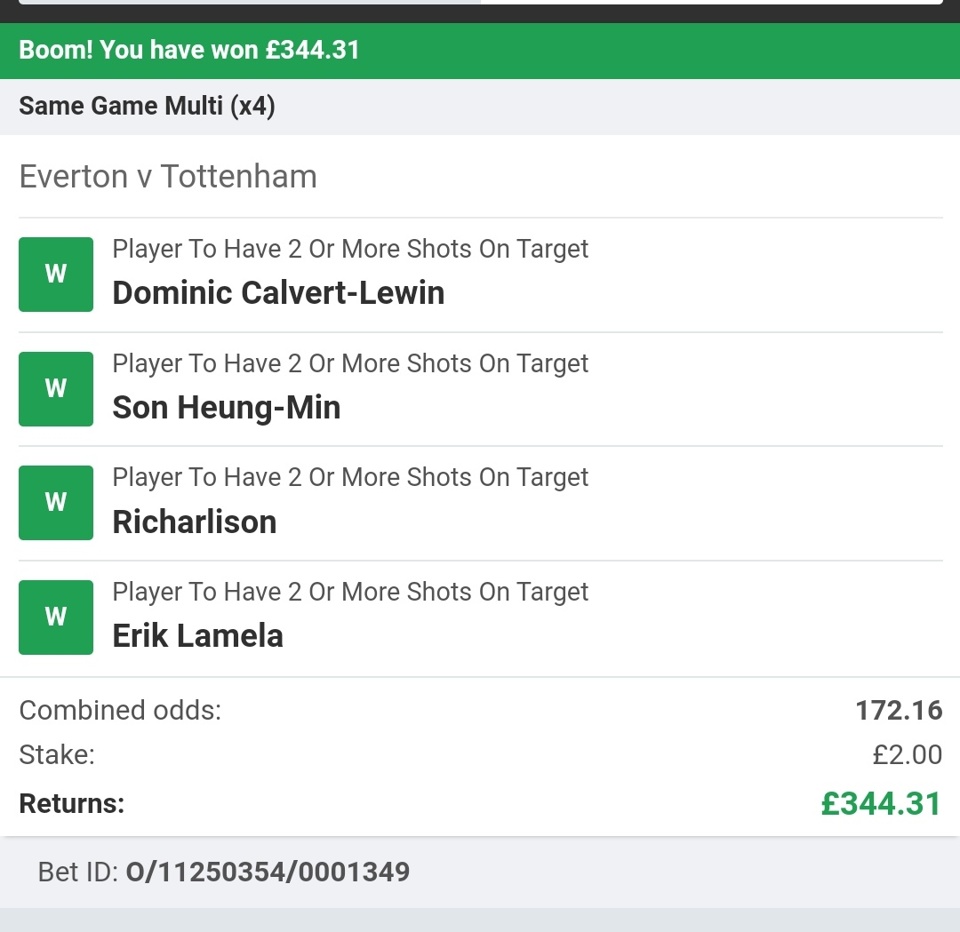 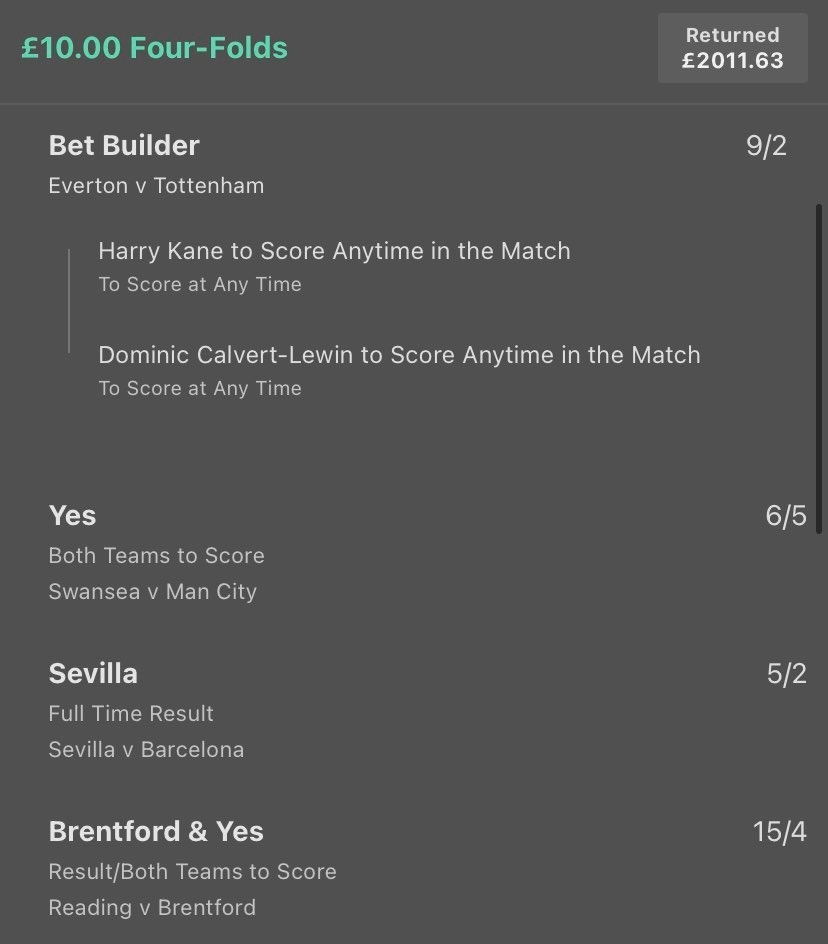