Betting Stories: A round-up of the best bets from this weekend's Euros action

We're now at the business end of the European Championships, with just four teams left in the competition. Belgium, Ukraine, Czech Republic and Switzerland all bailed out this weekend as the tournament played out a thrilling round of quarter-final clashes. Only Italy, Spain, Denmark and England now remain.

England's game against Ukraine had the potential to provide the Three Lions with an unwelcome banana skin, but Gareth Southgate's side put all fears to rest with another dominant performance in the Italian capital on Saturday night with a 4-0 win over the Eastern Europeans.

Goals from Harry Kane (2), Harry Maguire and Jordan Henderson secured a romping victory in Rome, ensuring England will be present at the semi-finals of the Euros for the first time since 1996.

After a string of cagey, narrow victories at Euro 2021 so far, many predicted Saturday night's affair to follow the pattern and result in a 1 or 2-0 win. However, for those a little more optimistic about England's chances, the rewards were sizeable.

Two punters raked home some tidy profit from backing tailor-made specials from Betfred and Sky Bet, who priced up two very similar bets prior to kick-off.

Betfred offered odds of 175/1 for England to win 4-0; Kane to score 2+ goals and either Harry Maguire or John Stones to find the net, with one customer winning £880 from a £5 stake!

Maguire proved a popular selection among punters on Saturday, with another backing him to score anytime and England to win 4-0 at 65/1 with bet365. 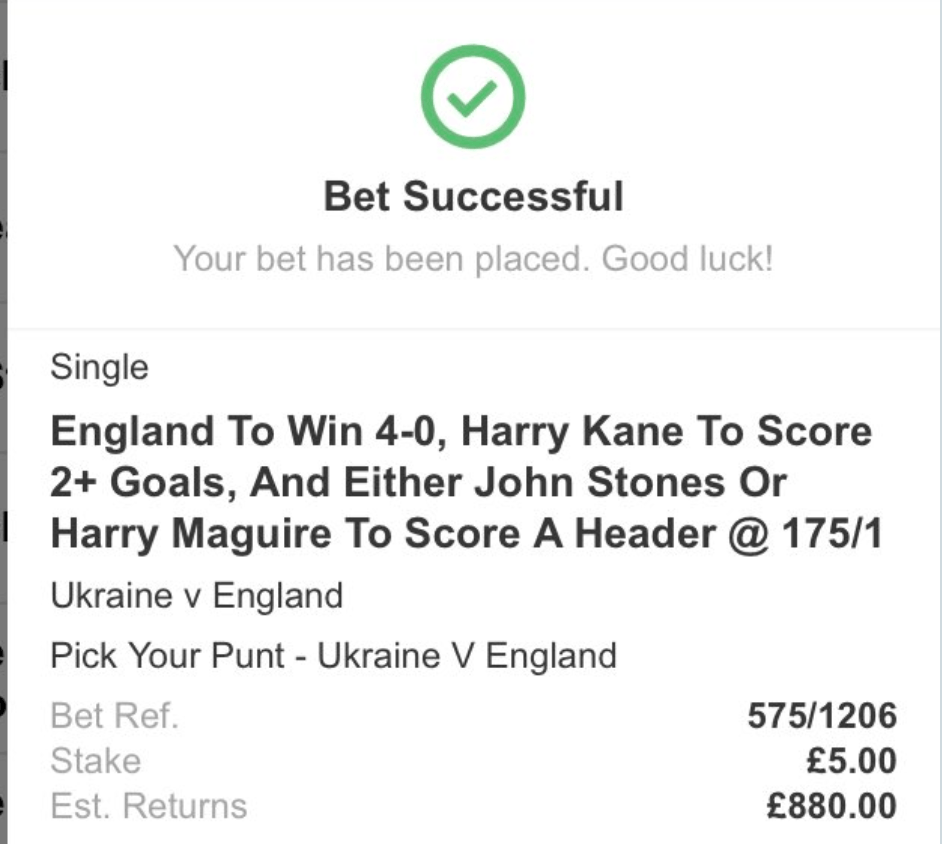 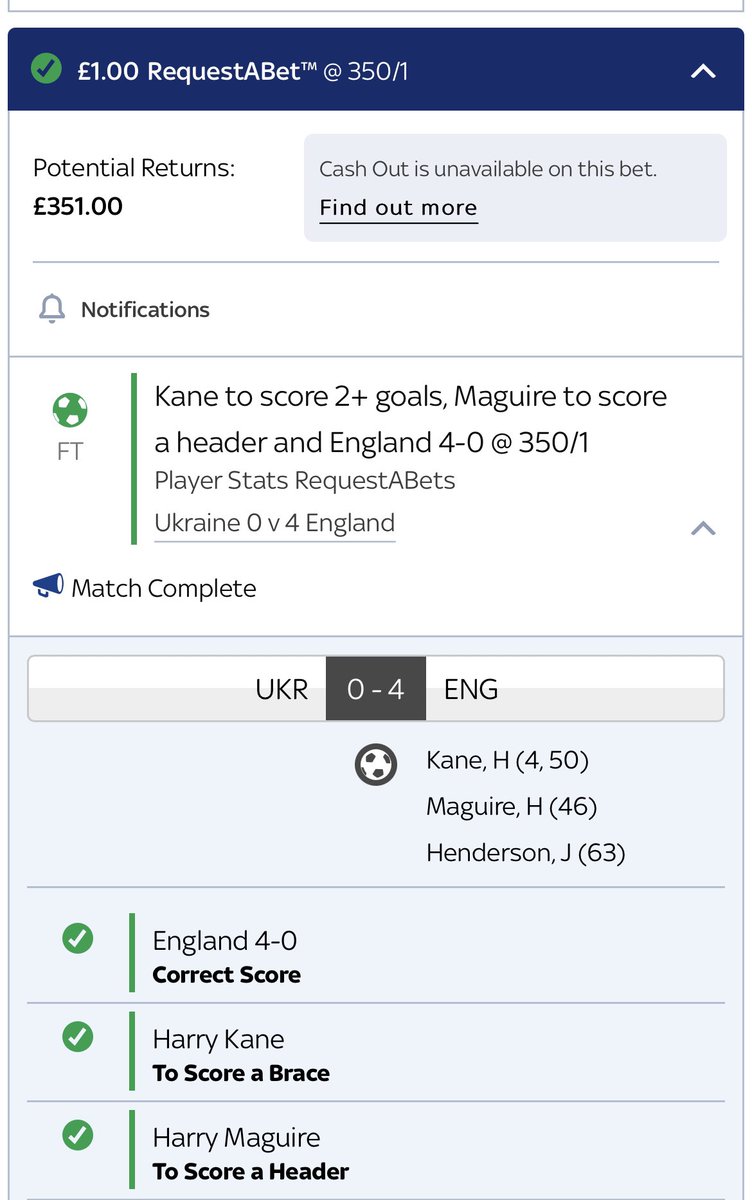 Away from England and there were some corkers won on the Belgium v Italy & Czech Republic v Denmark games, with two separate punters winning over £500 on some ballsy Bet Builders.

Feast your eyes on these stunners... 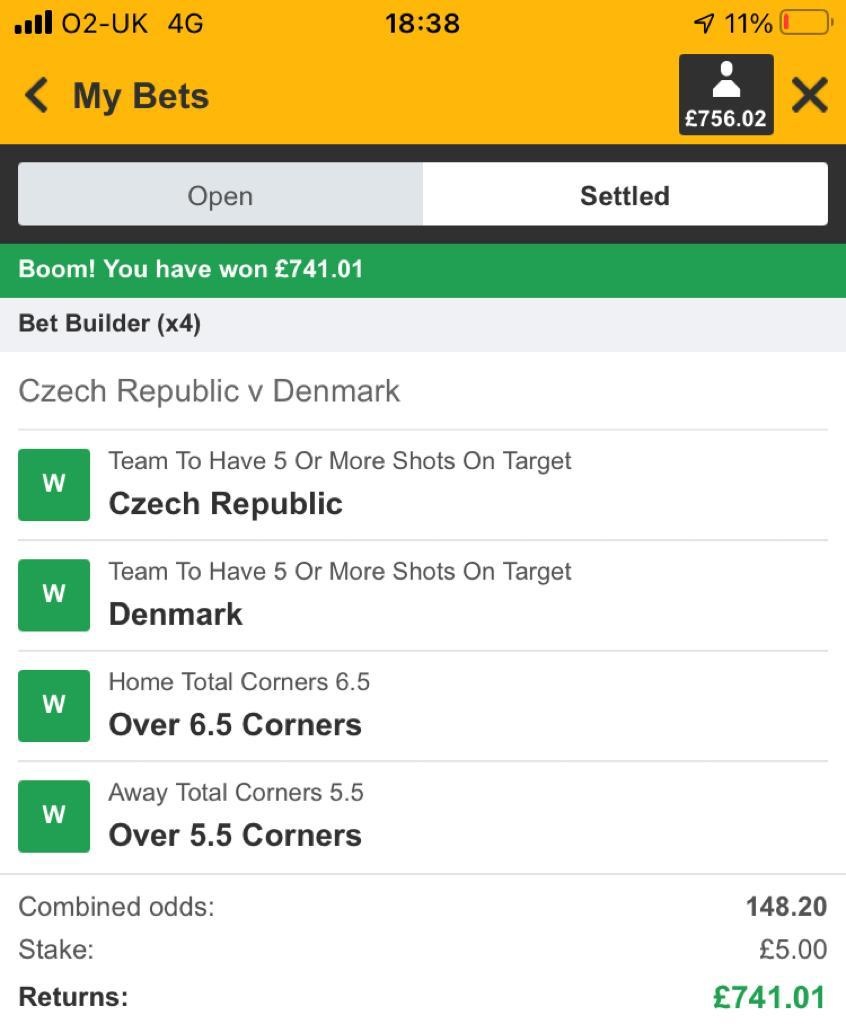