Betting insight ahead of La Liga's return: Valencia the value pick to secure a top-four finish? 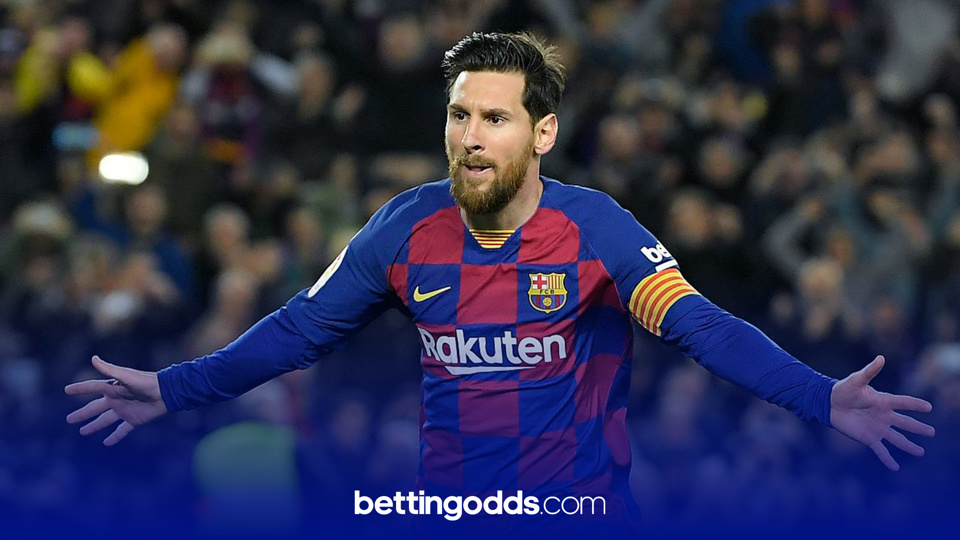 The return of the Spanish top-flight is now upon us after a three month hiatus, and while the Bundesliga has gone some way in filling the football-shaped void in each of our lives during the last four weeks, it’s safe to say that the reintroduction of another first-rate European league will be thoroughly welcomed by all.

Thursday's derby clash between Sevilla and Real Betis kicks off 15 straight days worth of La Liga action, with the division's final day penned in for 19 July - at least two matches will be played each day between Thursday and then.

Each club will play their remaining 11 fixtures in their own stadiums and not neutral venues, apart from Real Madrid who will instead play at the 6,000-capacity Alfredo di Stefano Stadium, which is normally used by Castilla, due to contruction work currently being completed on the Bernabeu.

With such a prolonged break due to the coronavirus pandemic, it’s easy to forget what the La Liga table looks like and which sides are fighting for what in Spain’s top-flight at the moment. Rest assured, BettingOdds.com have got you covered, picking out all of the key odds for markets such as outright winner, top-four finish and relegation below.

Unsurprisingly at this stage of the season in Spain it is a two-horse race between Barcelona and Real Madrid for the title. Third-placed Seville could realistically still win the league but find themselves trailing the top-two by eleven points, so realistically have little chance of causing an upset.

Although Barca and Real have been underwhelming for large parts of the campaign - each dropping valuable points against some of the division’s weaker outfits - they are both still head and shoulders above everyone else overall.

Currently it is Barcelona who occupy top-spot but only by two points. The two goliath’s of Spanish football have played out a cat and mouse type scenario all season long, with both seemingly passing up the opportunity to significantly bridge the gap between one and other thanks to a severe lack of consistency.

When Barcelona have dropped points, so have Real and vice versa. The enforced break would have given both sides an opportunity to regroup and nurse injured personnel back to fitness, though, with Luis Suarez returning from a long-term injury for Barcelona and Madrid's Eden Hazard now fully recovered from the fractured ankle he sustained back in February. Indeed, it still remains to be seen who will prevail during the final 11 games of the 2019-20 campaign.

The bookmakers currently have Barcelona priced up as favourites (4/7) to win La Liga, giving the Catalans a 63.6% chance of retaining the crown they have held for the last two seasons.

Alternatively Madrid can be found at odds of 7/5 to win the title, meaning the bookmakers believe that Los Blancos have a 41.7% chance of overthrowing Barca from the top of the pile this summer.

With bookmakers suggesting that Barcelona have a 20% bigger chance of winning the title ahead of Real, despite the gap between the pair standing at just two points, the value could lie in backing Madrid to go the distance.

Just before this enforced break ground a halt to proceedings in the Spanish top-flight, Los Blancos beat their long-standing nemesis' 2-0, dominating the match statistics by taking 12 shots on goal to Barca's six alongside eight corners to the Catalans' two.

While these are only small margins, they are still worthy of consideration and in that game Real were the powerful force for the first time in a long while, suggesting they could well produce a strong end to their campaign and overtake Setien Quique's men during the next five weeks.

Earlier in the season, the pair played out a drab 0-0 draw at the Camp Nou, which would have been much more disappointing for Barcelona considering they are usually so strong on home soil - even against Real Madrid.

Again during that match Real registered more goal attempts (17 to Barca's nine) and also took four more corners (six to Barca's two), which highlights that they spent more of the game in their opponents' final third than Barca did in theirs.

With only two points to make up, the value could lie in backing Real Madrid to win their first title since 2016-17 next month.

To make the top-four

With an 11-point gap standing between third-placed Sevilla and second-placed Real Madrid, the next biggest battle in La Liga is which sides can finish third and fourth, and therefore obtain a spot in next season’s Champions League.

Currently, Sevilla and Real Sociedad occupy those positions on 47 and 46 points respectively. Indeed, fifth-placed Getafe are only behind Sociedad on goal difference at this stage so could easily break back into the top-four before the campaign is completed.

With that said, the Azulones may struggle to cope with the intensity of the forthcoming fixture schedule considering they have one of the smallest squads in La Liga. This could ultimately cost them in their remaining 11 games, so we're not feeling greatly confident in them creeping into the top-four this season, especially with games against Sociedad, Real Madrid and Atletico still left to play.

Atletico Madrid have endured a successful season in the Champions League but their league form has been disappointing this term. Diego Simeone’s men have only won 11 of their 27 league games, drawing 12 and losing four; because of this, they sit sixth at the moment, one point behind fourth.

Atletico are still being heavily fancied to finish in the top-four by the bookies, however, priced at 2/5, while Sevilla are also backed to secure their Champions League status next term, priced up at 4/11.

Real Sociedad’s odds of 15/8 give them a 34.8% chance of finishing in the top-four, while Getafe are currently priced at 23/10 to make the grade.

An outside bet could be backing Valencia at 10/1, though.

The experienced La Liga giants are currently seventh but only four points behind Sociedad in fourth so could easily break into the UCL spots with a strong end to their campaign, and their run-in is relatively favourable with Real Madrid and Sevilla the only two teams left in their remaining fixture list currently above them in the table.

Valencia's away form this season has been patchy, however. Albert Celades López's side rank 13th overall for wins on the road this term, which under normal circumstances would suggest that they may struggle in their upcoming six away fixtures, but as the Bundesliga has shown us in recent weeks, home advantage counts for nothing with no fans in attendance.

Of the 46 matches played since the German top-flight resumed last month, the home side has only won on 10 occasions, with the away side winning 22 times and 14 draws making up the rest of the results. With this considered, we feel that Valencia to make the top-four at 10/1 represents good value.

Finally, the battle at the bottom of La Liga is still extremely fierce, with as many as seven teams realistically in contention for the drop.

Rock-bottom Espanyol have endured a torrid season this time out, winning just four league matches. They look to have a real job on their hands to escape relegation, needing seven points to haul themselves out of the bottom-three, but with 11 games left to play there is every chance they can turn their fortunes around.

The bookies are giving Espanyol an 81.8% chance of going down this season, while 18th-placed Real Mallorca are being tipped to join them at odds of 1/3. Moreno Vicente’s men are only a point from safety but have a tough run of games approaching, which includes matches against the likes of Barcelona, Real Madrid, Atletico Madrid and Sevilla.

Alaves, who sit 14th on 32 points - but only seven points above the relegation zone - are priced at 10/1 for the drop.

16th-placed Eibar could be the value pick for relegation, though. Prior to the break José Mendilibar's side had only won one of their last seven games and find themselves just two points outside of the bottom-three as things stand.

They also face Real Madrid away this weekend, before games against Valencia and Sevilla in the next four weeks. At 9/4, the Basque Country outfit could be a worthwhile consideration for the drop.

Chelsea v Norwich Tips: Bet on Willian to score in fifth consecutive game at The Bridge