Defenders Shots on Target: Who were the best-performing last season?

Which defenders shined in this market in 19-20?

While it may feel as though Premier League football has only just finished, the English top-flight returns this weekend for another season packed full of action. We are extremely excited, and can tell that you are too, as a new season beginning brings with it plenty of opportunities to make some money from the bookies.

Over the last few seasons one market which has continued to rise in popularity among punters is shots on target (SOT), with hundreds of thousands of us including a SOT selection into our Same Game Multi/Bet Builders each week. There is certainly money to be made in this market, but with strikers and attacking midfielders seeing their prices cut drastically, the value often lies with backing defenders to register a shot on target during a match.

Below, I’ve taken a look at the Premier League’s five best performing defenders in the SOT market during the elongated 2019-20 campaign and offered up my pick for this weekend’s opening round of top-flight fixtures.

Brighton linchpin Lewis Dunk enjoyed another successful season in the Premier League, progressing steadily in the heart of defence for the Seagulls as they acquired a 15th-place finish in the top-flight and avoided relegation once more. While Dunk’s defensive capabilities are evident for all to see - the once-capped England international was part of a defence which kept nine clean sheets last term - it is his statistics in front of goal which impressed me in 2019-20.

With his colossal 6ft 4 frame, the 28-year-old poses such an aerial threat from corners and set pieces and frequently latches onto crosses to head an effort goalwards. Dunk registered a total of 10 shots on target in 36 appearances last season, making him the fifth-best when it came to SOT in 2019-20. The fact that he is the first name on Graham Potter’s teamsheet means that he’ll get plenty of opportunities to improve on his tally from last season this time out, making him a very worthwhile consideration for your Same Game Multis.

Everton’s Yerry Mina has the best shots on target rate per 90 minutes out of anyone in this list considering he only made 25 appearances for the Toffees in 2019-20 and still managed 11 SOT (avg 2.2 per game). The Colombia international is lethal from set pieces and corners, massively helped by the fact that he has two of the best crossers in the league constantly supplying him with delightful opportunities in the shape of Seamous Coleman and Lucas Digne.

With a host of new exciting signings - most notably James Rodriguez from Real Madrid - Everton are predicted to be a force this season, with much more creativity in attack and, most importantly for Mina, more players with superb quality from set plays. I’m expecting the 25-year-old to enjoy another promising season in this market, and hopefully he can start turning some of those efforts into goals considering he only managed two last term - both of which came in the dramatic 3-2 win over Watford in February. 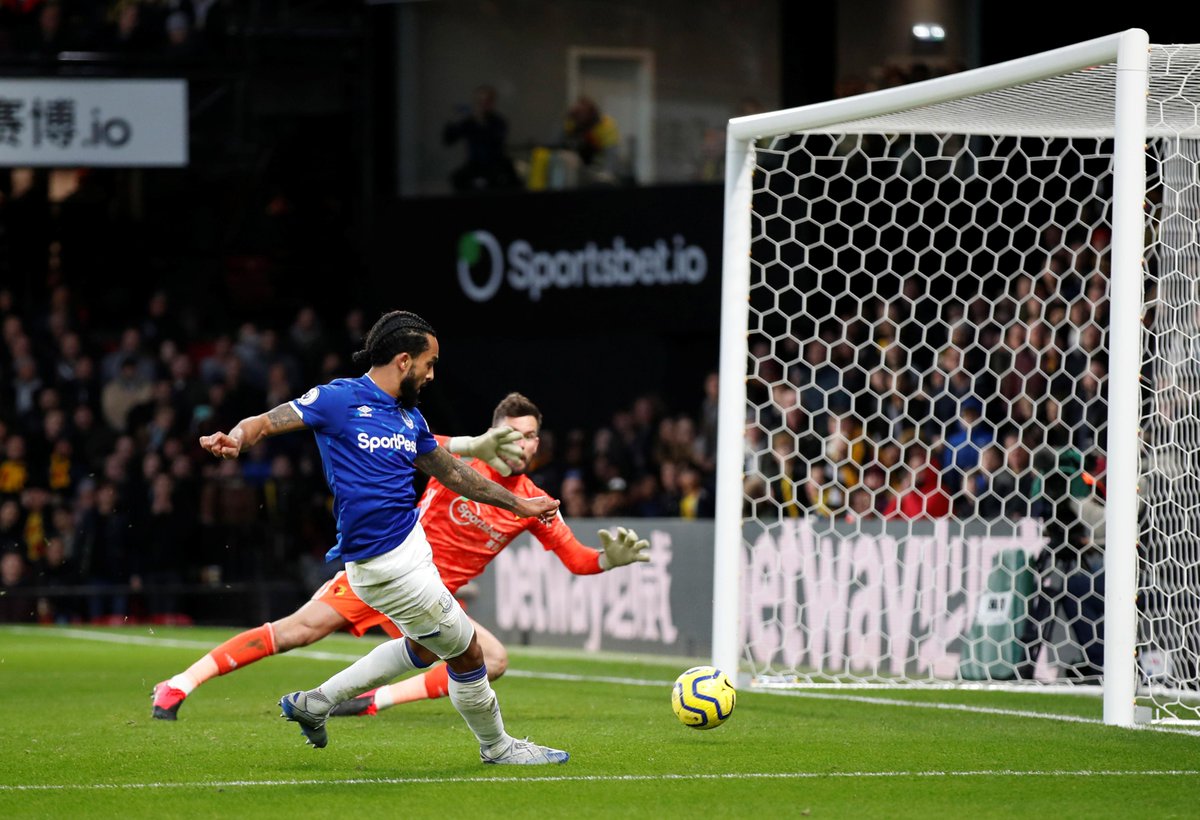 Everton come back from 2-0 down to win in dramatic fashion, with two goals in first-half stoppage time from Yerry Mina and a 90th-minute winner from Theo Walcott

Liverpool’s marauding full-back Trent Alexander-Arnold is as much of a winger as he is a defender. The England star has been a pivotal component in the Reds’ success in recent seasons, with his crossing ability and strengths from dead ball situations continually providing opportunities for his teammates in the final third.

Alongside an extremely impressive 13 assists, TAA notched four goals himself in last season’s edition of the Premier League, where Liverpool claimed the title in emphatic style. He registered a further eight shots on target which, sadly for him, resulted in the ball not finding the back of the net but regardless of that these are statistics which prove just what an effective player the 21-year-old is in attack as well as defence.

Due to his attacking nature and the fact that Alexander-Arnold is a wing-back rather than a centre-half, his price in the shots on target market is usually significantly shorter than other PL defenders, though still much longer than the attacking midfielders and strikers he shares the pitch with and therefore worthy of consideration when you’re placing your bets. He’s also Liverpool’s free-kick taker which massively boosts his chances of finding the target.

Alexander Arnold’s teammate Virgil van Dijk has been one of the key beneficiaries of the young defender’s crossing ability throughout the last two seasons. The towering centre-back is arguably the best player in the world when it comes to aerial prowess, with him rarely ever losing a header. The Dutch controller is the first person Liverpool players look for from set pieces and corners, with opponents always fearing the worst when they see him steamrolling towards goal - for good reason.

VVD scored five league goals last season but registered a total of 15 shots on target, making him one of the division’s standout defenders in this market. The 29-year-old will be hoping for more of the same this time out as Liverpool look to defend their title, and with the amount of creativity pulsating through the Reds’ team it is hugely likely that he will see plenty of opportunities in front of goal once more.

Alex Oxlade-Chamberlain lofts one to the back stick and there was only one man winning that ball...

He enjoyed that one! https://t.co/sIJbQXibs1

Tottenham will be hoping that their new signing Matt Doherty can hit the same level of performance as he did for Wolves last season. The north Londoners have been crying out for an attack-minded full-back on the right hand side ever since losing Kieran Trippier to Atletico Madrid, and in the Republic of Ireland international they should have just the man.

Much like Trent Alexander-Arnold, Doherty is pretty much just as effective as a winger as well as a defender, with his marauding runs causing havoc for opposition defenders and midfielders on a weekly basis. Last season the 28-year-old provided four goals and four assists for Wolves in the top-flight, as Nuno Espirto’s side claimed a second consecutive top-seven finish.

Most notably, though, he registered 15 shots on target - the same amount as Virgil van Dijk but in seven games fewer. Unlike van Dijk, Doherty’s shots mainly came from actual shots rather than headers, highlighting just how much he likes to get forward and join the attack and let off shots from range. In a side like Spurs’, with the likes of Dele Alli and Son Heung-min providing him with delightful through balls, I can only see Doherty improving and hopefully bettering his SOT tally from last season, starting this weekend as Mourinho’s men take on Everton on home soil. 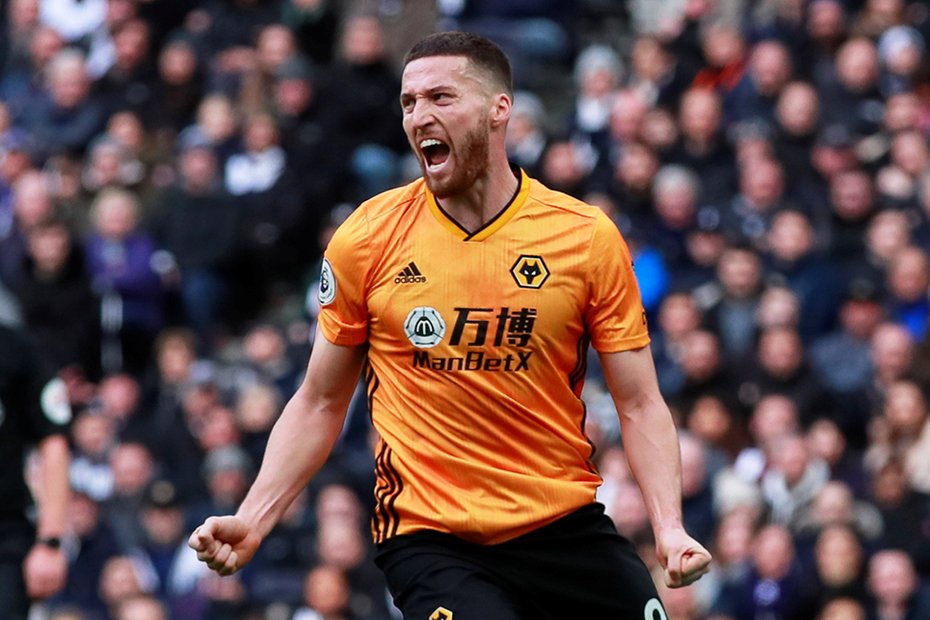 Premier League defenders with the most shots on target this season...

Alternative selections for this weekend

While the above mentioned players were the highest performers for shots on target during 2019-20, there are still a number of other defenders to watch out for when betting on this particular market. The likes of Harry Maguire, David Luiz, Jonny Evans and Marcos Alonso all registered eight shots on target last term; while Adam Webster, Ben Mee, Nathan Ake, Issa Diop and Emerson eached finished the campaign with seven to their name.

As did Newcastle’s Federico Fernandez, who was one of the standout performers at the back for the Magpies last season. The Argentine centre-half hit that figure in just 29 appearances, too, and is a huge threat for his side from set pieces and corners. He should start against a West Ham side who massively struggled defensively last term this Saturday, and at 5/1 (Paddy Power) I think he represents great value to register one or more shot(s) on target. This bet can be added to your bet-slip directly below.