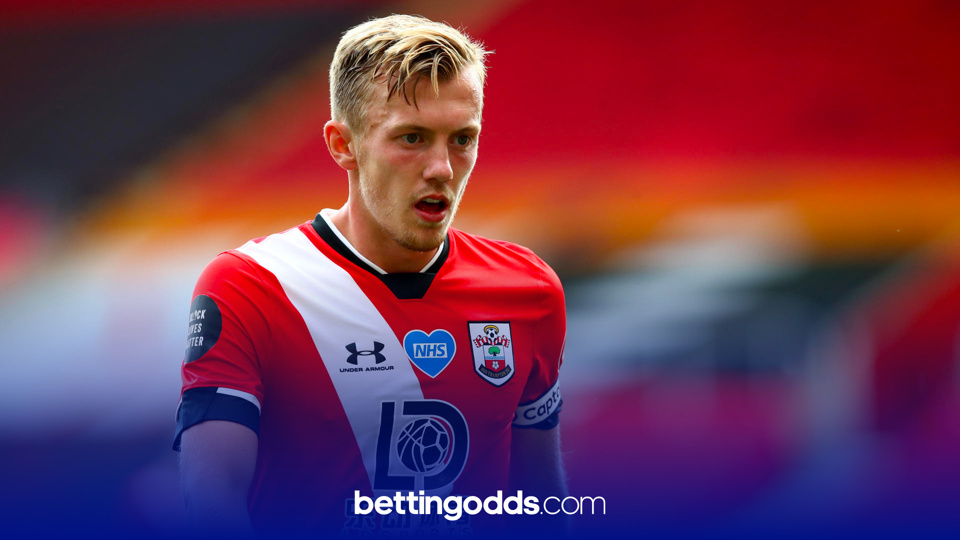 Not often we get such a competitive round of midweek fixtures but we will embrace it. I have three bets today; I think I trixie or patent is the way to go if playing these.

Arsenal’s recent struggles have been well documented, the club is going through a bit of a crisis and have failed to win any of the last 5 league games, losing 4. So far this season they are conceding 11.6 shots per game coupled with 9.8 fouls per game. The Saints are unbeaten in their last 10 away league games and currently fighting it out near the top of the table. On these records I would not be surprised to see the away side take all 3 points and create plenty of chances. With that said I am taking a punt on James Ward-Prowse to have 2 more shots on target 9/2. He has been a star performer this season, scoring 4 times in the league. He will of course be on set pieces and with the state of the Arsenal back line I am expecting a few free-kicks within range.

Fulham are a tricky side to judge but have played well, especially last time out. In fact, they have just finished a run of games away to Leicester and Man City followed by the home game against Liverpool. That is a daunting run for any side but the Cottagers have come out of this with 4 points, something the club must be ecstatic about. I would be surprised if there are any changes made to the side here and hope Lookman puts in another shift. He is not afraid to shoot and will have a say on set pieces. He is averaging 2.3 shots per game and up against a side that have conceded in all but 2 games so far this season. For these reasons he is my second pick - Ademola Lookman to have 2 or more shots on target at 7/2. A win would take Fulham above Brighton and out of the relegation zone, so this is a huge game with the hosts in much better form.

Another interesting looking game here with a chance for a team to go back to the top of the table. Leicester just keep on going for Rodgers and almost go under the radar a bit IMO. Everton, after a superb start to the season, have come through a little blip and dispatched Chelsea last weekend. My pick here involves another player who has hit form recently and will also be on free kick duty; James Maddison to have 2 or more shots on target at 4/1. He was rampant last game with 2 goals from 6 shots and Leicester when into a 3-0 lead against Brighton.