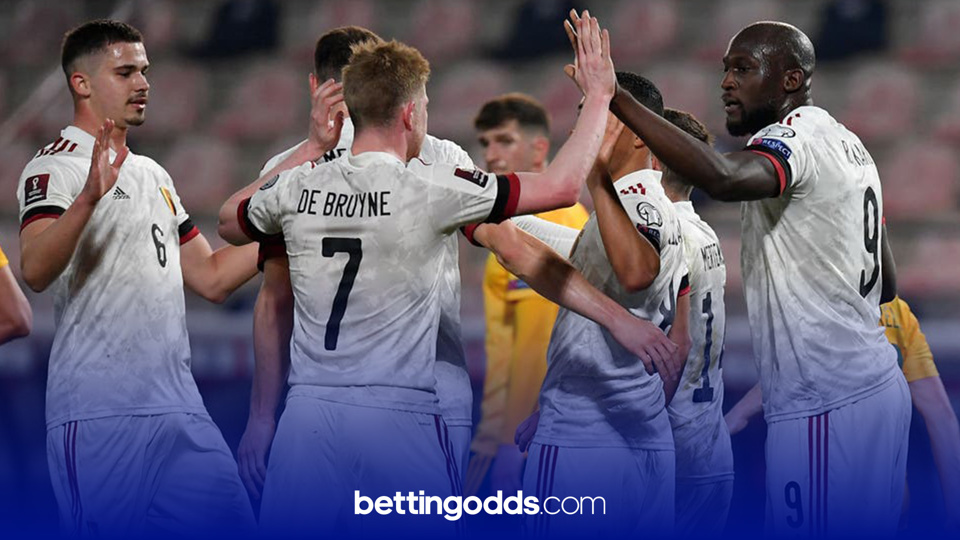 After bulldozing their way through qualifying, Belgium are third-favourites behind England and France in the Euro betting odds market, priced at 6/1. Roberto Martinez's side have been playing some tremendous football recently and their performance in qualifying - where they won all 10 of their games - has made them one of the team's to beat at this summer's tournament.

What is most impressive about this Belgium side is how many goals they score. Throughout qualifying they netted 40 in just 10 matches - more than any other group winner, whilst conceding just three goals in the process! Needless to say, no other side ended the qualification process with a better record both in defence and in attack and it is that kind of form which suggests they will prove incredibly stiff competition when Euro 2021 kicks off in June.

Having endured a pretty miserable history at the European Championships (they've never won the competition), De Rode Duivels will be desperate to finally lay claim to their first Euros title this year, especially after coming so close to winning the World Cup in 2018, in the end finishing third behind Croatia and champions France.

With such a plethora of talent in their ranks and the ability to score a tonne of goals, I fancy Belgium's chances this summer and would certainly have them shorter than current 5/1 joint-favourites England in the outright betting. However, having looked at the draw, if France and Belgium both win their groups as expected they will meet in another semi-final. France knocked the Red Devils out of the 2018 World Cup and I think history would repeat itself with a younger team doing damage to an ageing Belgian Golden Generation.

Aside from Lionel Messi there is probably no better midfielder in world football than Kevin De Bruyne. The Manchester City playmaker is his club and country's talisman and will be at the forefront of things this summer. With 21 goals and 37 assists in his 79 appearances for national team, it is clear just how important KDB is to Belgium and if they are to win the Euros for the first time in their history this year, it is the 29-year-old who will be relied upon to deliver the goods. De Bruyne is second-favourite to win the tournament's Best Player award, priced just a shade bigger than France's Kylian Mbappe (10/1) at 12/1.

Romelu Lukaku is one of the most feared marksmen in Europe right now thanks to his scintillating form for Inter Milan. The former Manchester United frontman has scored 25 goals in all competitions for the Italians this season and should enter the forthcoming Championships bursting with confidence. He is Belgium's all-time leading goalscorer aged 27, having found the net 58 times in his 90 appearances for his country, and currently second-favourite behind England's Harry Kane in the Top Scorer betting, priced at 8/1.

Napoli winger Dries Mertens has been around for years and his experience and quality will be hugely important for Belgium at Euro 2021. The 33-year-old - who has scored eight goals and provided seven assists for Napoli this term - has 95 caps for his country and his international record is sublime, with 21 goals and 29 assists to show for his efforts to date. One to watch this summer, Mertens will add firepower to an explosive Belgium front-line alongside Romelu Lukaku and Thorgen Hazard.

Belgium have a pretty old and experienced squad on the whole but there will be a sprinkling of youth involved at the Euros. The main rising star is 19-year-old midfielder Yari Verschaeren, who is a 33/1 longshot to be crowned the competition's 'Best Young Player'.

Regular minutes in the first team will be limited for the Anderlecht star with all of the quality Belgium possess, but if he does make the squad be sure to keep an eye out for him. So far he's scored once and assisted once in his six caps for Belgium, while he has scored a further three goals and assisted a further two at club level in 20-21.

Belgium are currently third-favourites to win Euro 2021 at odds of 6/1, an implied percentage probability of 14.3% by the bookies.

Unsurprisingly, Belgium are strong favourites to win their group, which also includes Denmark, Russia & Finland, at 8/11. They are an extremely short-priced 1/20 just to qualify for the knockout stages.

Belgium's manager is experienced Premier League boss Roberto Martinez. The Spaniard has been in charge of the Red Devils since 2016 having previously managed Everton, Wigan and Swansea in England's top-flight.