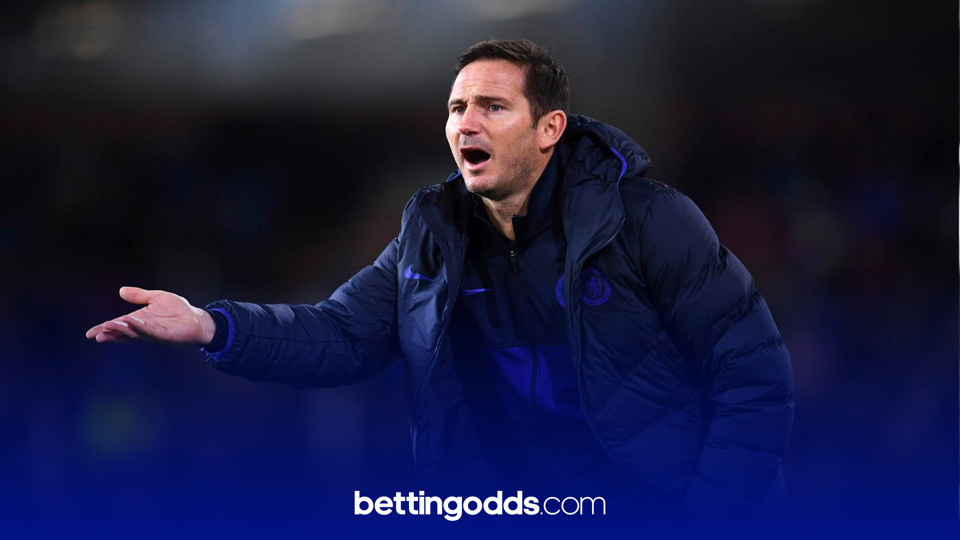 Frank Lampard's side have a huge challenge on their hands to overturn a three-goal deficit in Germany
By Callum Pragnell
16:32 Friday 7th August 2020 - 6 minute read

The feast of Champions League action continues this Saturday as Chelsea travel to Germany to take on Bayern Munich in their unfinished last-16 clash.

Trailing the Bavarian heavy-hitters 3-0 following their first-leg defeat at Stamford Bridge back in February, Frank Lampard’s side have it all to do to turn this two-legged duel around and make it through to the quarter-finals.

The Blues are not expected to do so though, it must be said. Chelsea are priced at 13/2 for the win inside 90 minutes, which is an extremely slender 13% implied probability. Bayern by contrast are unsurprisingly heavy favourites, given a huge 73% chance of winning by the bookies with their odds of 4/11. The draw is best-priced at 9/2 with both Betfair and bet365.

The visitors are a best-price 50/1 to do the unthinkable and qualify for the next stage of this season’s tournament with Betfred, while Bayern are as short as 1/100. Even though it seems incredibly unlikely that we’ll see the west Londoners in the quarter’s, anything is a possibility in this unpredictable game which we all adore.

Chelsea do travel east without first-choice left-back Marcos Alonso, who misses the game through suspension. Midfielder Jorginho will also be a notable absentee for the Blues as the Italian is also suspended, while Cezar Azpilicueta, Pedro, Billy Gilmour and Christian Pulisic are all sidelined with injuries.

N’Golo Kante and Ruben Loftus-Cheek both remain doubts with hamstring niggles. Willian’s involvement is also unconfirmed due to his current contractual situation.

Bayern will be missing influential defender Benjamin Pavard through injury, while Kinsley Coman’s presence is doubtful due to a thigh complaint.

Below, you’ll find my three football tips for the game; please always remember to gamble responsibly.

To kick things off I’m backing Mason Mount to register at least one shot on target. The England international has enjoyed a successful season this time out, contributing eight goals and six assists for the Blues in all competitions.

The 21-year-old is expected to line-up in a more advanced position within Frank Lampard’s midfield in this one, and will be heavily relied upon to create opportunities in the final third.

Indeed, this includes shooting from distance and we have all seen just what a threat Mount is from range this season. During the first-leg of this fixture back in February, Mount took a total of five shots on goal - one of which was on target - proving that he is not afraid of getting shots away when presented with half an opportunity.

We backed this same bet for the FA Cup final last weekend and it flew in within the first five minutes - here’s hoping for a repeat performance at the Allianz..

Correct score betting is tough to call but taking a look at the form book I am feeling pretty confident in this game resulting in another routine victory for Bayern.

The German champions finished their campaign over a month ago now so have had plenty of time to rest up and prepare for this clash, while Chelsea’s domestic campaign only finished a fortnight ago and before that they had been playing wall-to-wall games at a hugely intense rate.

Fatigue will undoubtedly play a factor in this match, especially in the second-half and I just think that Bayern will be far too strong for the west Londoners on home soil.

Hansi Flik’s side have also only conceded one goal at home in this season’s Champions League, and scored at least two goals in each of those three matches so it wouldn’t be at all surprising to see a repeat here.

With such a strong defence, and one of the deadliest strikers in world football spearheading their attack, Bayern are a force to be reckoned with and though Chelsea are a good side, I don’t hold out too much hope for them in this fixture on foreign turf.

A 2-0 correct score bet is best-price at 8/1 with BetVictor at the time of writing, offering more value than the 7/1 on offer with UNIBET and Betway. 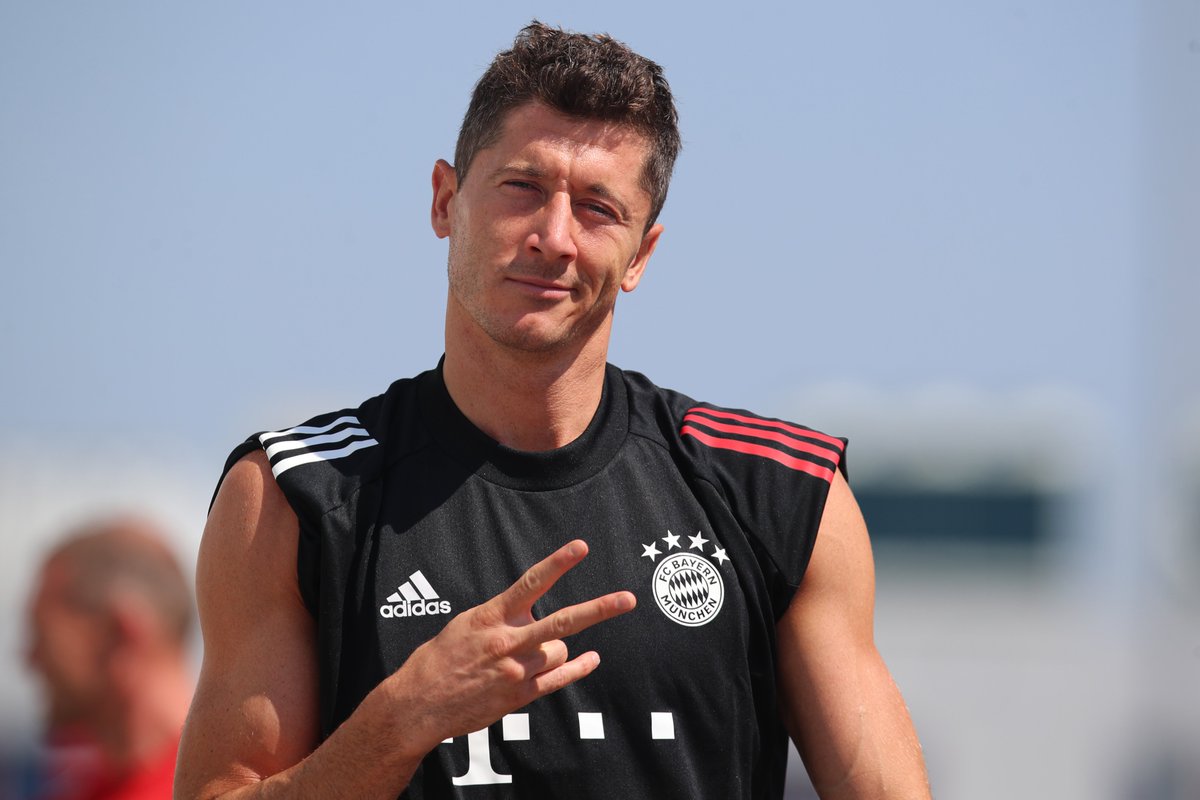 Now for the main attraction. My longshot for this one is priced at a mouth-watering 51/1, boosted from 47/1 by Paddy Power.

Robert Lewandowski needs little introduction. The goal-addicted Pole has enjoyed his most successful season in front of goal this time out, netting a whopping 51 goals in all competitions.

11 of those goals have fallen in the Champions League and it now seems a nailed on certainty that he will be the competition’s Golden Boot winner this month, but for a late Serge from his teammate Gnabry, who is currently on six.

I’m backing Lewandowski to notch his 12th CL goal of the campaign against a Blues side that shipped three goals without reply against Bayern in the first-leg, especially given the fact he has had so much time to rest up and prepare for this clash.

The first of two bookings for this longshot fancy is Chelsea’s Kurt Zouma. The 25-year-old has averaged 1.5 fouls per game in this season’s premier knockout competition, picking up two yellows in the process - the second-most out of any Chelsea player.

Zouma will most likely line-up in a back-three for the visitors, which has the potential to be stretched and exposed by the blistering pace and quality of Bayern’s forward line. Serge Gnabry, Thomas Muller and Robert Lewandowski are all almost impossible to mark with their exemplary movement on and off the ball, which could cause the Frenchman - who is prone to mistakes - an array of issues.

To round things off I’m backing Bayern’s Joshua Kimmich to find his way into the referee’s notebook. The Germany international has been booked more times than any Bayern player this season (nine in the league and Europe), while he has also committed the most fouls per game on average for the Bavarian giants in the Champions League (1.4).

With so much riding on this game, Bayern will throw bodies on the line to protect their lead and potentially start time-wasting near the end, which will hopefully mean plenty of bookings. If that proves to be the case, then Kimmich should be right at the centre of things.

Somewhat unbelievably, this exact same bet is priced up at a meagre 16/1 with bet365, so you're getting tremendous value backing it with Paddy Power!