We're tipping David Alaba to have one shot on target as part of our longshot bet this weekend
By Callum Pragnell
09:19 Friday 5th June 2020 - 5 minute read

Bayern are in unstoppable form at the minute having not lost a single league game since the beginning of December - winning all four of their returning fixtures and conceding just twice in the process.

Unsurprisingly because of this, it is the visitors who enter this game as solid favourites - priced at odds of 4/9 - while Bayer Leverkusen are being given a slender 16% chance of victory by the bookies with their odds at 5/1.

Leverkusen are no mugs, however, and have only lost one of their last four league games. The scintillating form of Kai Havertz is largely to thank for this, as the 20-year-old has bagged five goals in those four matches, so he is definitely one to keep an eye on here.

Phillippe Coutinho remains sidelined for this encounter with an ankle injury, as does Corentin Tolisso (also ankle), while Niklas Sule is a doubt due to wavering match fitness. Leverkusen have no injury complaints to report.

As always, BettingOdds.com have compiled a comprehensive match preview for you to get stuck into below, with three key bets for the game included based off recent form and cold, hard statistics.

Make sure you're tuned in to BT Sport Saturday at 14:30 (UK time) to watch all of the action unfold.

Kai Havertz is one of the shining beacons of world football right now. The Bayer Leverkusen talisman is only 20 but will have an array of elite clubs all vying for his signature this summer.

Bayern Munich are one of those clubs and in fact the favourites to sign him in the upcoming months (7/5), so he will be desperate to impress his potential new employers with another solid display here. We're backing him to register two or more shots on target, and considering his recent goal record (five in four games), there is a huge chance he will cause the Bavarians some problems on Saturday.

The Leverkusen skipper also ranks in the top-six midfielders for shots on target this term with 25 in 26 games, further highlighting his ability in this particular field.

In previous matches against weaker opponents his price has been much shorter, but the fact that this weekend he lines up against the powerhouse that is Bayern Munich is why we have seen his odds increase.

The bookies are giving Havertz a 35% chance of having 2+ shots on target against Bayern, and at odds of 9/5 we think it's a solid shorter-priced single.

Moussa Diaby is certainly one of Bayer Leverkusen's more talented players. The young  Frenchman has pace, trickery and is fantastic with the ball at his feet but defensively still has a lot to work on, and can often be found lunging in to challenges and giving away silly fouls - proven by the fact he has seen yellow twice in his previous three appearances.

Diaby didn't start for Leverkusen in the 1-0 win over Freiburg at the weekend but looked a real threat when he was introduced as a second-half substitute for Kai Havertz. Indeed, he evaded a caution by the referee on more than one occasion for some sloppy defensive work, something that could've easily been punished by a less lenient official.

If he does start this clash - which we're predicting he will after his cameo on Saturday - it's likely he won't see much of the ball due to the strength of his opponent. This could frustrate Diaby and therefore lead to a silly booking; at 6/1 we think it's worth a shot.

This bet is priced up at 3/1 with UNIBET, so you're really getting fantastic value backing it with Betfair at double those odds.

Three things are certain in this life: Death, taxes, Robert Lewandowski scoring goals. Alright, so the 31-year-old is not guaranteed to find the net every single time he plays, but it's a strong possibility, isn't it?

The Poland international is probably the deadliest marksman in the world at the moment and has scored 29 (yes, twenty-nine) league goals this term with six games still left to play.

Lewandowski has scored four goals in four games since the German top-flight resumed last month, so it's only natural that we're feeling confident in him etching his name onto the scoresheet this weekend.

We're also backing Leverkusen defender Sven Bender to be booked. The German midfielder-turned-defender picked up a yellow against Werder Bremen a few weeks back, taking his tally of the season to three bookings, and faces the daunting task of marking Lewandowski this weekend, something which could drive him into making a mistake or two.

To round off our longshot selection we're including Bayern defender David Alaba to register 1+ shot(s) on target. The left-back ranks fourth for shots on target for defenders this season with ten, and poses a real threat from set-pieces with his exceptional free-kick ability. He is also a threat in the air, and with the delivering capabilities of Benjamin Pavard and Joshua Kimmich considered, Alaba could definitely find some joy in this one. 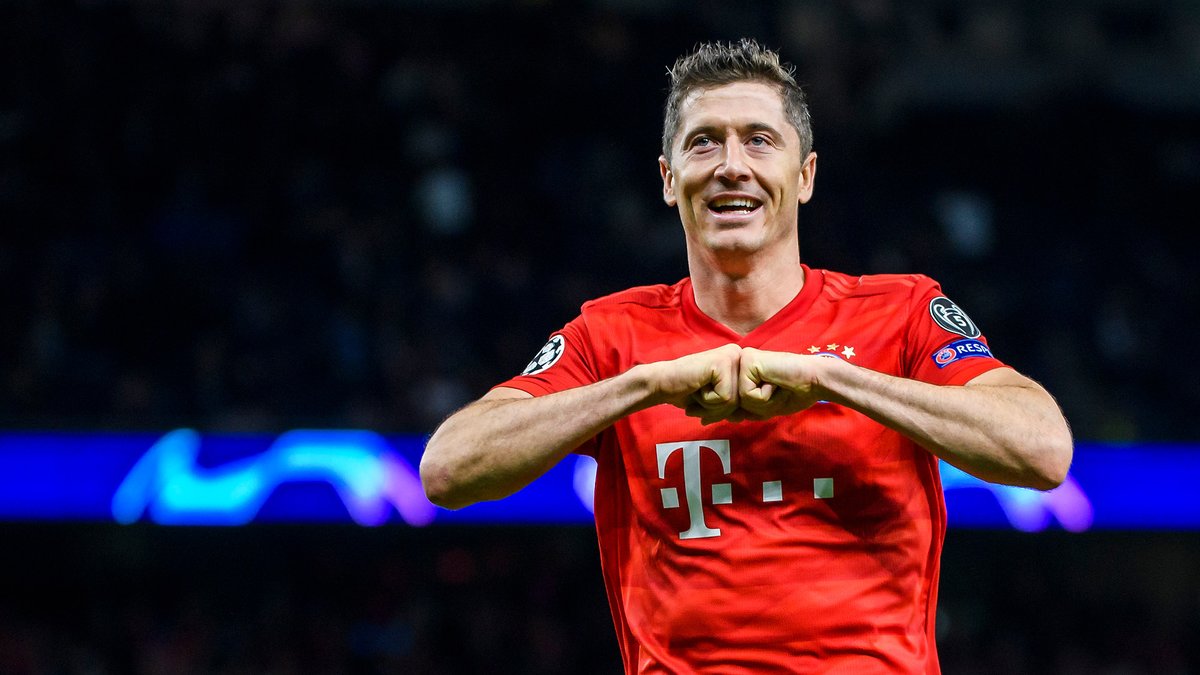