Atletico Madrid v Valencia Tips: Savic can add to his collection of cards 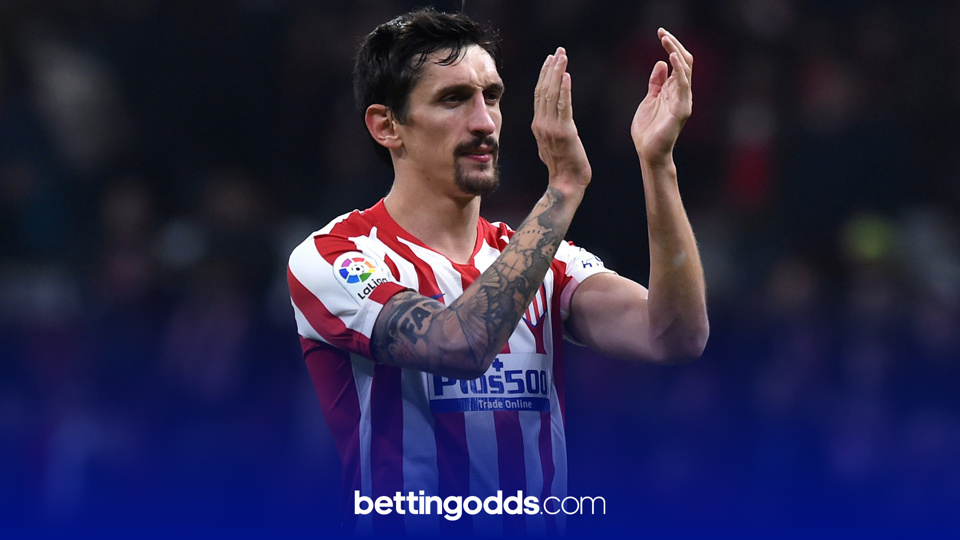 My final selection of the weekend from the continent comes courtesy of La Liga’s clash between leaders Atletico Madrid and Valencia.

Diego Simeone will be quietly confident that his side can secure all three points here. Athletico have only been bested once this campaign and come into this one on the hunt for their seventh domestic victory on the spin. Therefore, it is no surprise to see them clear favourites at odds around 2/5 and the hosts have won 78% of their games when priced accordingly.

Stefan Savic has accumulated a total of 11 cards in 24 appearances for club and country this season. Staggeringly, all seven of his La Liga bookings have come in his last nine appearances with him receiving a total of nine cards in his last eleven games in all competitions for Atleti. Savic did not receive a caution in any of his first six games of the campaign, the influx seems to coincide with Simeone’s switch from a centre back pairing to a back three.

In the league, playing as one of two centre backs, Savic conceded an average of just 0.43 fouls per game, in a back three this rises to an average of one. Whilst this is not an outrageously high average, Savic has become much more exposed at RCB than he ever was at the heart of the defence and the agricultural manor of the fouls he commits has left him a lot more susceptible to a booking.

If Savic starts at RCB tomorrow, he will be opposing Valencia’s Maxi Gomez and Goncalo Guedes. The pair have drawn a combined average of 4.7 fouls per game in La Liga this season! While Savic did evade a caution in the reverse fixture, at least one of Valencia’s opponents centre backs has been booked for five of the last eight sides to face them and off those five players, four of them played on the right side!

get offer get offer
#AD Place a min £10 bet on the Sportsbook on odds of min 1/2 (1.5), get £30 in Free Bets. Rewards valid for 30 days. SMS verification required. Only deposits via cards will qualify. T&Cs apply. Please Gamble Responsibly
Free betting offers