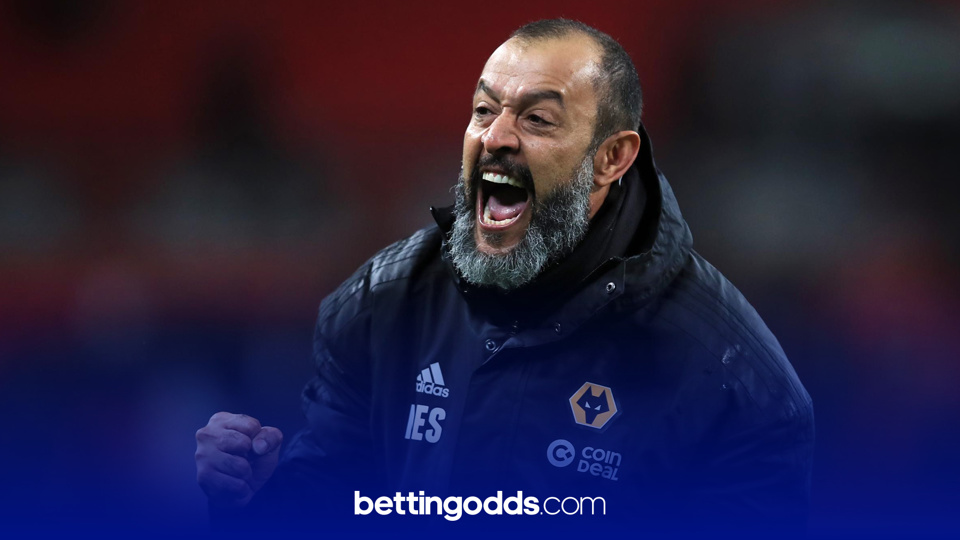 Nuno's Wolves have picked up exactly where the left off
By Anthony Eadson
16:49 Friday 26th June 2020 - 6 minute read

New customers only. Place your FIRST bet on any sportsbook market and if it loses we will refund your stake in CASH. Max refund for this offer is £20. Only deposits made using Cards or Apple Pay will qualify for this promotion. T&Cs apply. Paddy's Rewards Club: Get a £10 free bet when you place 5x bets of £10+. T&Cs apply.

Wolves make the short journey to Villa Park on Saturday lunchtime in the day’s only Premier League fixture, and what a huge game it is for both sides. Dean Smith’s beloved Villa are in deep trouble and currently sit 19th in the table, level on points with Bournemouth and West Ham in the two places above them. With just eight games remaining it’s starting to become a case of now or never for the once European Cup holders.

For the visitors it’s been a completely contrasting season with Nuno’s side just seeming to get better and better as the campaign has gone on. After failing to win in their first six league games, Wolves can go to the dizzy heights of fifth place if they were to win this one on Saturday lunchtime, a prospect fans could never have imagined in their wildest dreams a few years ago. Since the return of the league campaign Wolves have won both of their fixtures with scores of 1-0 and 2-0, whilst Villa have picked up a point against Sheffield United and Newcastle as well as a 2-1 defeat at home to Chelsea.

Having a look at the match prices it’s no surprise to see that Wolves are favourites, with bookmaker Betfred giving them a 55% chance of winning with their odds of 5/6 to take all three points back to Molineux. The draw can be backed at 5/2 with most firms, while a massive home win for the Villans is 19/5 with both PaddyPower and Betfair.

I’ve picked out three bets for the game which can be viewed live on BT Sport 1 at 12:30pm.

Only one game in England since the restart has seen over 4.5 goals

Wolves have won their last two to Nil

The first selection for this early kick-off is Wolves to win and under 4.5 goals in the match. The fact that the Europa league will be played as a mini tournament for the remaining teams after the Premier League season concludes is no doubt a massive bonus for Wolves. The pile up of fixtures towards the end of this campaign with European trips every other Thursday would have been a challenge for Nuno Santo. With not having the biggest of squad’s in comparison to some other teams playing in European competition, I feel Wolves now have the opportunity to finish higher in the league than they would have done were it not for the coronavirus.

Wolves have been tight at the back since restart keeping two clean sheets, and further to that since Willy Boly’s return from injury in February the side have kept six clean sheets in their last seven and have not lost a game. Local derbies can often be low-scoring feisty affairs and I’m predicting that this one will follow suit. Originally priced at even money, Betfair have boosted Wolves to win and under 4.5 goals to 11/10 which I’ll be having a dabble on.

Matt Targett should be up against the pace of Adama Traore

During Wednesday evenings game between Wolves and Bournemouth, David Brooks became the 22nd player to be booked for fouling Adama Traore in the league this season, a quite astonishing statistic. Adama has been a joy to watch this term, his pace, power and decisive playmaking have drawn him plenty of plaudits and with a potential move to one of the big boys on the horizon he’ll be looking to put in every bit he can in the remainder of this campaign. He’s a player who looks comfortable in his own skin proving he can go left and right leaving defenders with a migraine.

Matt Targett has started all three games for Aston Villa since the restart and I’m hoping Traore will be starting on the right for Wolves meaning Targett will be one of the main men who has to deal with him. The damning stat behind players - in particular full-backs - being booked against Adama has proved profitable for myself this year and I’m going for it again with Matt Targett to be booked at 4/1 boosted from the original 3’s available from Betfair. It’s worth noting that even if Traore does not start and is used as a substitute, the raw pace of the Wolves forward and the tired legs of Targett could well bring this one in during the closing stages. Wolves also like to predominantly attack down the right with Matt Doherty bombing on as much as possible and I feel it will be a key area on the pitch 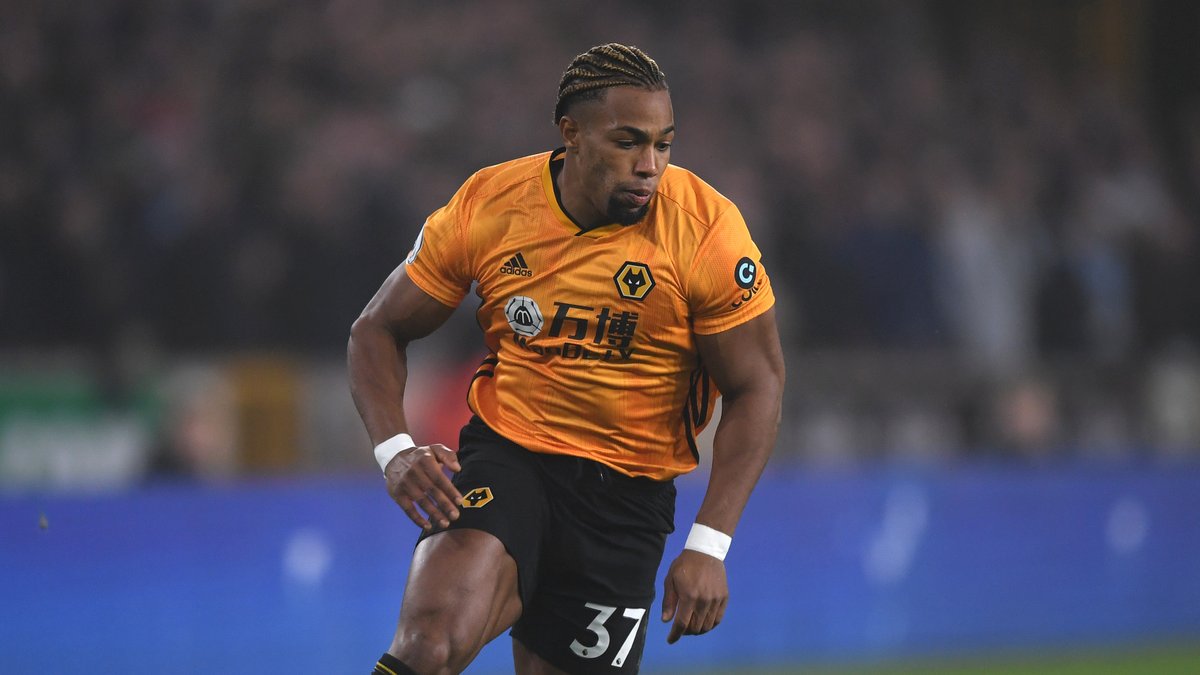 Full-backs booked against Adama Traore in the Premier League this season...

18:47 PM - 24th Jun 20
2
4
We’re used to seeing football odds displayed in either fractions (2/1) or decimal (3.0), but what the Win Percentage Probability score does is show you exactly what percentage chance the bookmaker gives that selection of winning based on their odds.
Calculate your returns:
£79.00
Why this Tip?

Jiminez has 24 goals in all competitions this season, 4 in his last 5

McGinn averages more shots per game than any other Villa player

I’ve also picked out a longshot for the game which pays 33/1 with PaddyPower, and I’m starting it off with Raul Jimnez to score. The Masked Mexican has four goals in his last five starts and has recently become the club’s highest ever Premier League goalscorer in a single season. He’s averaging more than any other player in the Wolves team this season when it comes to shots with 3.4 every 90 minutes, and with 24 goals to his name in all competitions I fancy him to snatch another against strugglers Villa.

What a season Jack Grealish is having for Aston Villa. He’s been the shining light in what has been a season littered with mistakes and injuries for Dean Smith’s men. Grealish leads the way when it comes to goals, assists and yellow cards for Aston Villa this campaign with six, seven and eight respectively. He’s been at the heart of everything positive on the pitch and being a local lad he knows what this derby means to the manager and the fans. He’s the most fouled player in the league this season and we should be set for a good battle in the middle of the park between himself and Joao Moutinho. Always one to wear his heart on his sleeve, we are fancying the 24-year-old to find his way into the book and pick up a yellow card.

Rounding off the trio of elements in this Same Game Multi, I’ve gone for John McGinn to have two or more shots on target. He was superb at the start of the season and was unlucky to pick up a serious injury just a couple of months in, but staggeringly John McGinn actually averages higher on shots per game than any other player in the Villa Squad. Priced at 9/2 as a single, he looks decent value compared to the 3/1 on offer for Trezeguet to have 2+ shots. Putting these three together pays 33/1 with PaddyPower that I’ll be having a small nibble on for the game. As always, please remember to gamble responsibly and only bet what you can afford.