Aston Villa v Arsenal Tips: Back McGinn to hit the target against Gunners 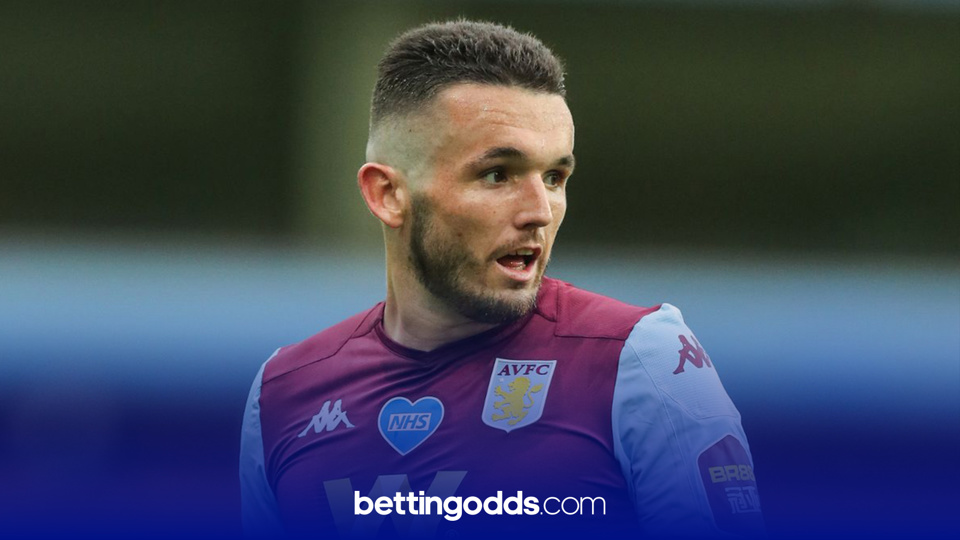 Southampton did relegation threatened Aston Villa a huge favour on Sunday as The Saints beat Bournemouth ensuring that Villa stay 18th in the table just three points behind Watford who have sacked Nigel Pearson with just two games remaining.

Barring Watford getting a result against Manchester City in Tuesday’s tea-time kick-off, Dean Smith’s side will have the chance to go level with Watford on points ahead of a trip to West Ham on the final day. Having a look at the relegation betting market and Villa are currently 2/7 to drop down to the Championship and are in desperate need of three points here.

It’s been some week for Arsenal, with wins over possibly the two best teams in Europe at the moment in Manchester City and Liverpool. The victory over City now means Arsenal’s best chance of qualification for the Europa League is through the FA Cup as they currently sit 10th in the table.

It would be no surprise to see Mikel Arteta make several changes with there being likely starts on the cards for Bukayo Saka, Lucas Torreria, Rob Holding and Eddie Nketiah who returns after serving a suspension. Bernd Leno, Calum Chambers, Pablo Mari and Gabriel Martinelli all remain sidelined through injury.

Kortney Hause remains a doubt for the hosts with Ahmed Elmohamady set to remain at right back if needed. Bjorn Engels, Tom Heaton, Wesley and Neil Taylor all have long term injuries and miss the first game of the season.

On first glance Aston Villa look rather short in the betting with William Hill going 9/4 for a home win, especially when you consider who Arsenal have just beaten in their last two outings. I do feel this price is due to the strong possibility of Arteta making wholesale changes to his side. The draw is available at 13/5 while an away win for The Gunners can be backed at 11/10 with several firms. The game will be shown live on Sky Sports Premier League and kicks off at 20:15pm.

My first selection for the game would have been Bukayo Saka to have one or more shots on target 21/10, however the price has been smashed in, all the way to 5/6 which I no-longer think is backable. It’s worth also remembering that Saka has only started as part of a forward three in a couple of games this season and may well drop back to left wing back if Kieran Tierney rested.

There’s no denying that Jack Grealish has been Aston Villa’s star man this season and I’m backing him to have two or more shots on target in Tuesday night’s game which is priced at 11/2 with PaddyPower.

Nobody at Aston Villa averages more shots per game than Jack Grealish this season and he really has been a joy to watch. It would be no surprise to see him move to one of the top six clubs were Villa were to be relegated this season. But back to the job in hand and Grealish has been playing as part of a front three in the last few games and he’s actually managed to register nine shots in his last three matches. He often looks the biggest threat for Dean Smith’s side with the non-existent strike force after Wesley’s unfortunate injury and in this one Villa simply have to go for it. 11/2 looks a very tempting price when you consider that Skybet have this one at 9/4.

What a SWEET STRIKE 😍😍😍 https://t.co/riFJgCoRwh

14:00 PM - 13th May 20
61
1140
We’re used to seeing football odds displayed in either fractions (2/1) or decimal (3.0), but what the Win Percentage Probability score does is show you exactly what percentage chance the bookmaker gives that selection of winning based on their odds.
Calculate your returns:
£79.00
Why this Tip?

I’ve somehow managed to recommend both 40/1 and 66/1 longshot winners over the last two weeks and I’m hoping to make it a third profitable week in a row with this 35/1 shot. This one features Eddie Nketiah and John McGinn to have one or more shots on target with both Lucas Torreria and Douglas Luiz to be carded with PaddyPower.

Eddie Nketiah is expected to come back into the starting line up after serving a suspension for his red card against Leicester. Both Lacazette and Aubameyang are in need of a rest and with the FA Cup now the best route into the Europa League I think Eddie should start this one down the middle for The Gunners. After Auba and Lacazette, Nketiah has the best shot on target average of any other player this season and I’m adding him into this one.

John McGinn has landed a shot on target in two of his last three games. He’s capable of letting off a screamer from range and is also on set pieces at times. Only Jack Grealish averages better for shots per game this season and with the desperation of Villa’s relegation situation here, I think they will apply shoot on site tactics.

Onto the cards and another who’s expected to come back into the starting line-up with others being rested is Lucas Torreria. He’s actually made 4 appearances since lockdown but all of those combine to under 90 minutes game time. He’s been booked in two of those and has six yellows in just 16 starts this season. I’m hoping he can find his way into Chris Kavanagh’s book tomorrow evening.

Finally I’m fancying Douglas Luiz to pick up a card for Aston Villa. The Brazillian has committed more fouls than any other player at the club this season with 45. Compare that to someone such as Jack Grealish who has only committed 31 but is a shorter price for a card tomorrow and I think this one looks a decent price on Douglas Luiz. Six yellows already in the league and with everything being on the line here for Villa I think we’ve a good chance of this landing. As mentioned earlier this one can be found with PaddyPower at 35/1 and if there are any changes to be made due to team news which can be common at this time of the season, you can find them on my twitter @AnthonyEadson. Enjoy the final week of the season and please always remember to gamble responsibly.