Arsenal v Slavia Prague Tips: Back the visitors to take something from the first leg 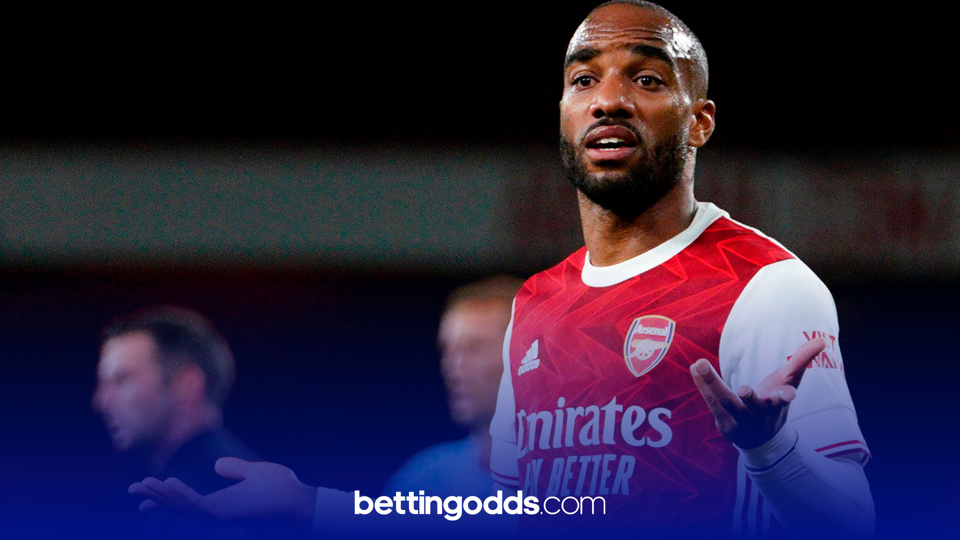 Arsenal take on Slavia Prague in a Europa League quarter-final first leg at The Emirates on Thursday evening. It’s three games without a win for Mikel Arteta’s side who come into this match off the back of a 3-0 defeat to Liverpool on home turf last weekend.

The Gunners are 1/4 to qualify for the semi’s with most bookmakers and are the second favourites to lift the trophy at 3/1, behind Manchester United at the head of the market, priced at 13/8. Our man @AnthonyEadson has provided us with three football tips for the game that he likes the look of.

Kieran Tierney faces four to six weeks on the sidelines after suffering ligament damage in his knee and will join David Luiz on the treatment table. Granit Xhaka, Emile Smith Rowe and Bukayo Saka are all a doubt for the hosts.

After the controversy of their last-16 win over Rangers, Ondrej Kudela will not travel to England for this game with UEFA suspending him for one match as they investigate the alleged racism claims from Glen Kamara of Rangers.

Having a look at a few prices for Thursday evening and the Arsenal win is being offered at around 8/15 with the draw at 3/1. The Czech visitors can be backed at 5/1 to win on the evening, whilst 11/4 is available for them to qualify for the semi-finals over the two bets.

The first of three selections on Thursday evening comes in the form of Slavia Prague Double Chance, which is currently available at 7/5 on the Betfair Sportsbook. It’s not been a great season for Arsenal with the North London club currently sitting in 10th place in the Premier League. Despite this competition being their only chance of some silverware and potentially their only route in any form of European competition next season, I still believe the visitors can pick up a positive result in this first leg.

Arsenal are winless in three and their defence has been far from convincing of late. The Gunners have conceded in their last 13 matches in all competitions and with Kieran Tierney now injured, it’s another blow for an already shaky backline.

Slavia are top of their domestic league and are unbeaten in 25 matches, winning 20 of those along the way. Jindrich Trpisovsky’s side have dumped both Rangers and Leicester out of this tournament so far and I think they will make it equally tough for Arsenal. The Czech outfit kept a clean sheet both home and away to Leicester City and that defensive stubbornness and solidity should be on show at the Emirates. At around the 7/5 mark I’m happy to be involved with Slavia Double Chance.

Furthering the theme of Arsenal struggling in this game for my second selection, I’ve taken a lean towards Alexandre Lacazette being carded at the generous price of 7/1 with bet365. In the league this season only Granit Xhaka (1.4) is averaging more fouls per game than Alexandre Lacazette (1.3) for Arterta’s side.

A player who doesn’t mind leaving a bit on someone and can often get frustrated, I feel there’s more chance of him seeing yellow than his odds of 7/1 imply at 12.5%. The Frenchman picked up eight yellow cards in 30 league outings last season and has followed up with another four in all competitions this campaign.

I’ve also taken a small punt on a double with bet365 on Martin Odegaard to score anytime in the match and Alexandre Lacazette to be carded at 27/1. I’ve been impressed with what I’ve seen from 22-year-old Martin Odegaard since arriving in London on loan from Real Madrid. The Norweigan has now scored in both the Premier League and Europa League for the Gunners and has looked at home on the pitch for Mikel Arteta’s side.

The attacking midfielder has registered a shot on target in six of his last eight games for club and country and I think this is a good opportunity to show his worth between now and the end of the season with him being linked with several clubs around Europe.

I’ve doubled Odegaard to score with Lacazette to be carded and just like I mentioned above I think 7/1 for a player who was booked eight times in 30 league appearances last season (eight of those being from the bench) is simply too big. That’s 7/5, 7/1 and 27/1 picks in total. Best of luck to those following and please always gamble responsibly.