Pure chaos on the Lord's Day

Well. What a Sunday that was. Super Sunday, for once, actually lived up to its name and wasn’t just a marketing term used to describe a 1-1 draw between Crystal Palace and West Ham.

Indeed, there were a couple of more typical results to come out of the unusually-busy six-game schedule. Southampton beat West Brom 2-0 in the day’s early kick-off on the south coast, which was in itself a pretty surprising result given the Saints’ record on home soil during the last 18 months.

Aligned with that game in the East Midlands, table-toppers Leicester were humbled by a resurgent West Ham side, as the Irons ran out 3-0 winners at the King Power just a week after thumping Wolves 4-0 at home - the correct score was a huge 50/1 pre kick-off! After years in the game, it would seem that David Moyes is actually a better manager when he isn’t physically in the dugout.

Elsewhere, Fulham’s misery continued as they were beaten 1-0 by Wolves, while Sheffield United are still without a win in 2020-21 after losing 2-1 to Arsenal at the Emirates.

Mourinho haunts United upon his return to Old Trafford

The major talking points came later in the afternoon, though. First a complete capitulation from Manchester United as Spurs thrashed Ole Gunnar Solskjaer’s side 6-1 thanks to a scintillating display from Son Heung-min.

The South Korean’s involvement was in doubt ahead of the game after he limped off against Newcastle with a hamstring injury last weekend, but he started in attack and stole the show with two goals and an assist at Old Trafford.

A questionable sending off, when the scoreboard read 2-1 Tottenham, absolutely decimated United and from then on the Martial-less Reds became completely unraveled by Jose Mourinho’s men. However, take nothing away from Spurs as they were fantastic throughout and deserved the victory; the turmoil continues for Manchester United with Ole Gunnar Solskjaer now 6/4 favourite to become the first managerial casualty of the season.

The correct score yesterday was a gargantuan 160/1, with a £5 bet on 6-1 Tottenham returning £805. Kudos to the eight Ladbrokes customers who backed it! 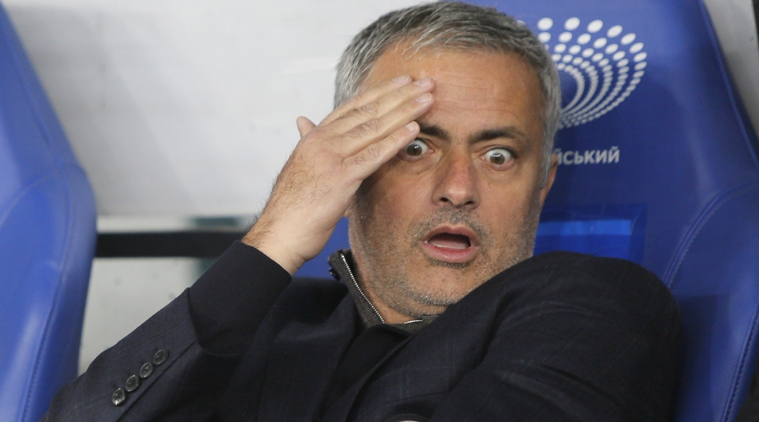 Liverpool played off the Villa Park

As with any result of this kind, ridicule ensued from rival supporters on social media - mainly from those in the Liverpool camp, who would have felt confident in their side picking up a routine victory away at Aston Villa in the day’s late kick-off.

What came next was unfathomable, as Villa smashed Liverpool 7 (yes, seven) 2.

Dean Smith’s side burst out of the blocks and took the lead inside 4 minutes, with summer signing Ollie Watkins proving his class in the top-flight by scoring his opening Premier League goal - assisted by the ever-reliable Villans skipper Jack Grealish.

16 minutes later and the ex-Brentford front man had doubled the hosts lead with his second league goal of the campaign, silencing Liverpool fans nationwide, all the while softening the blow for humiliated United faithful.

When Mohamed Salah hit back just after the half hour mark most expected Liverpool to overturn the deficit and win the game, but instead John McGinn regained Villa’s two-goal lead just minutes later, before Watkins completed a sensational first-half hat-trick! 4-1 Villa at half-time.

Salah got on the scoresheet again in the second-half but it mattered not for the hosts, as Ross Barkley netted on his debut and Grealish rounded off a stunning performance by scoring two more goals - one of which was assisted by MOTM Watkins, who has now surely forced his way into Gareth Southgate’s England plans.

The 7-2 correct score was 300/1 before kick-off, though I can’t imagine anyone even entertained the idea of it actually coming to fruition meaning a CS double on both the Spurs and Villa games would have paid an eye-watering 48,461/1!

While I don’t expect anyone had any money on that, there were still some extremely impressive winners yesterday.

One punter scooped a cool grand after placing a £10 request-a-bet on BTTS, Ross Barkley to score from outside the penalty area and Virgil van Dijk to be carded at odds of 100/1 - phenomenal betting.

All in all, had you have placed a six-fold acca on Southampton, West Ham, Wolves, Arsenal, Spurs & Aston Villa all to win, you’d have pocketed £2,575 from a £5 stake. Not too shabby.