Aston Villa's Matt Targett could force his name into the frame for next summer's Euros
By Callum Pragnell
12:06 Wednesday 11th November 2020 - 7 minute read

With news surfacing that 17-year-old Jude Bellingham has been called up to Gareth Southgate’s senior England squad for the upcoming games against the Republic of Ireland, Belgium and Iceland this week, I’ve taken a look at the Borussia Dortmund man's chances of making the squad for next summer’s European Championships, alongside four other dark horses who could be in with an outside shot of sealing a spot on the plane.

You may have only heard of Jude Bellingham’s name via Twitter, after the teenager’s former side Birmingham City were mercifully (and rightfully) ridiculed after retiring his shirt number when he made the switch to the Bundesliga giants in July for a reported £25m. Indeed, Bellingham is quite the talent, and while Birmingham’s decision to do such a thing still confuses me to this day, it at least proves just how highly they valued their former prodigy.

Since arriving at Dortmund, the England U21 international has chipped in with a goal and two assists in all competitions and looks at home plying his trade in the German top-flight. Comparisons between himself and teammate Jadon Sancho were bound to be made due to how similar their careers have been to date, though Bellingham is proving that he is a phenomenal player in his own right at Signal Iduna Park and looks to have an exciting future ahead of him.

England are blessed in the technical midfielders department, with the likes of Jack Grealish, Ross Barkley, Phil Foden, James Ward-Prowse and Mason Mount all players of exquisite talent - many of whom are all but guaranteed a spot in Southgate’s squad for the Euros barring any injuries. Bellingham, though, now has a chance to prove that he is ready to make the step up to senior level with his country, and should he grasp that opportunity, and continue to impress for his club side this term, then it wouldn’t be a surprise to see him featuring for the Three Lions at Euro 2021.

If there is one area of the pitch that England need not strengthen, it is at right-back. Gareth Southgate currently has several options to choose from in that department, with Liverpool’s Trent Alexander-Arnold the clear first choice pick and Atletico Madrid’s Kieran Trippier & Chelsea’s Reece James in reserve, with Manchester City’s Kyle Walker these days now deployed as a right-sided centre-back in a five-man defensive line.

Manchester United’s Aaron Wan-Bissaka is also a consideration for Southgate should he opt to commit his international future to England rather than DR Congo, while Southampton’s Kyle Walker-Peters is also impressing this term and could well find himself called up in the near future, providing his form continues. Then there is Brighton’s unassuming Tariq Lamptey, who has burst onto the scene in 2020-21 following his move from Chelsea to Brighton.

Though only small in stature, the 5ft 5 full-back - who has been capped once by England at U21 level - has put in a number of MOTM worthy performances this season and could easily work his way into Southgate’s plans for next summer should he retain his early form. With three assists and a goal from right-back, it’s clear what the 20-year-old brings to the table; currently 8/1 to make the Euro 2021 squad next year, that price is set to be slashed sooner rather than later if Lamptey continues in this vein.

Southampton goalkeeper Alex McCarthy is one of the most in-form goalkeepers in the Premier League at the moment, so it is a little surprising to see him deprived of a call-up for this week’s internationals. With four clean sheets to his name in 2020-21, the 30-year-old has been a key part in Southampton’s fantastic start this time out, and should this current form resume from now until the end of the campaign he will surely make himself unavoidable to manager Gareth Southgate.

McCarthy has been capped once at senior level by England, coming off the bench in a friendly against the USA back in 2018, and will certainly have his eyes transfixed on a recall for next summer’s Euros given how poorly the likes of Jordan Pickford and Nick Pope have performed this season. Dean Henderson is also now seeing first team chances limited at Manchester United, which could have an impact on his involvement next summer, leaving potential room for McCarthy to force his way into the fold. The former Reading man is a 14/1 shot to make the squad, which offers decent value given his early form.

Aston Villa’s Matt Targett is yet to receive a full England call-up but has been capped 12 times by the U21s and has previously represented the Three Lions at U19 and U20 level. The 25-year-old has impressed since making the switch to Villa Park from Southampton last summer, and could be the beneficiary of England’s lack of options in the left-back area.

Ben Chilwell is Southgate’s nailed on starter but aside from the Chelsea defender there are no other players who you’d say are guaranteed a spot in the squad for Euro 2021. Arsenal’s Bukayo Saka is staking his claim, though he is not what you would deem to be an out-and-out full-back like Targett, more so a marauding wing-back who operates as a wide midfielder as much as he does a left-back.

Targett hasn’t missed a minute of Premier League action this season, and is the first name on manager Dean Smith’s teamsheet at Aston Villa. With four clean sheets in seven appearances, the ex-Saints man is certainly proving that he is worth the reported £13m the Villans forked out for him last year, and should his stellar performances continue then it definitely wouldn’t come as a surprise to see him provided with an opportunity at senior international level. 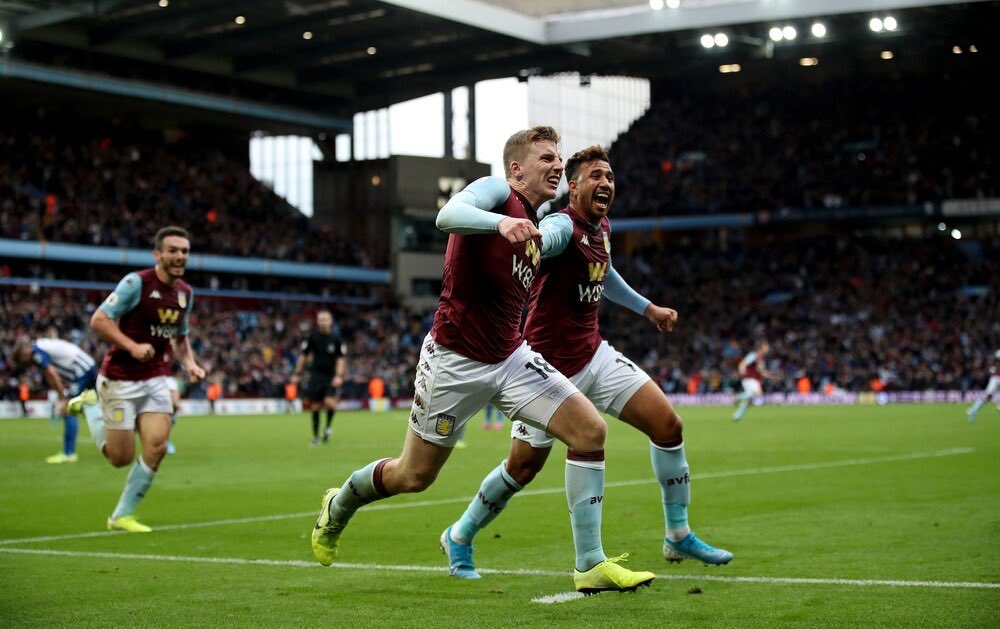 In Matt Targett's 3 Premier League games in the side, Aston Villa have now scored 9 goals. Targett has won the ball back for three of them, scored one, and assisted another.

This final selection is purely speculative, and very much a longshot given how little he has played this season so far, but after Eberechi Eze’s stunning performance on what was only his third start of the campaign for Palace against Leeds last weekend, there is plenty to be excited about when it comes to the 22-year-old creative midfielder.

Eze was the talk of the town for QPR last season, shining for the Hoops in the Championship by providing 14 goals and eight assists. It was clear that his future was destined to be played out in the Premier League, and in the summer that was exactly what happened as the Eagles swooped in for his signature, signing him on a lengthy five-year deal for £16m.

After a staggered start to life in south London, the ex-Millwall trainee showed exactly what he is capable of during Palace’s 4-1 thrashing of Leeds on Saturday afternoon, setting up Scott Dann with a deliciously-whipped-in corner before netting a stunning free-kick just 10 minutes later.

While there is still plenty left for him to do to prove himself to Gareth Southgate, Eze looks a real prospect from his previous displays for QPR and Man of the Match performance at the weekend. If he can keep this momentum after the international break, maintain a regular starting berth in Palace’s starting-eleven and start to chip in with some more goals and assists, then you’d have to feel confident in Eberechi’s chances of breaking into the England set-up before too long. 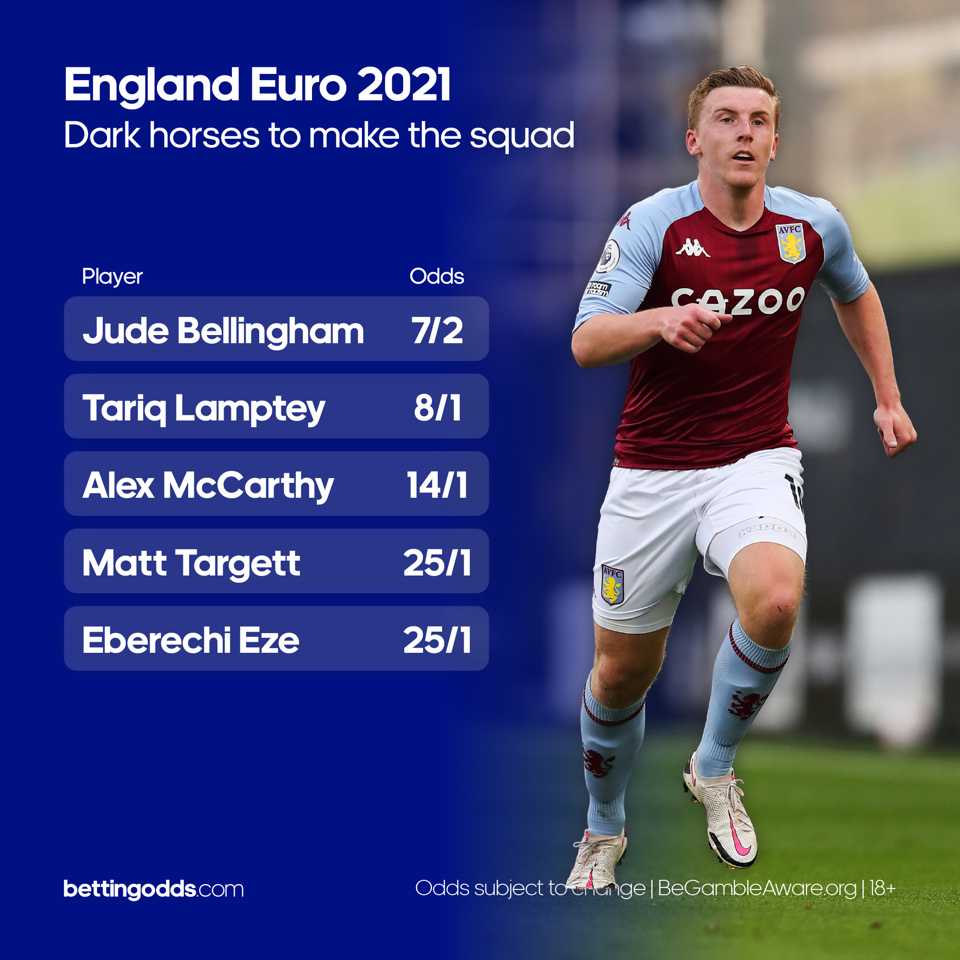