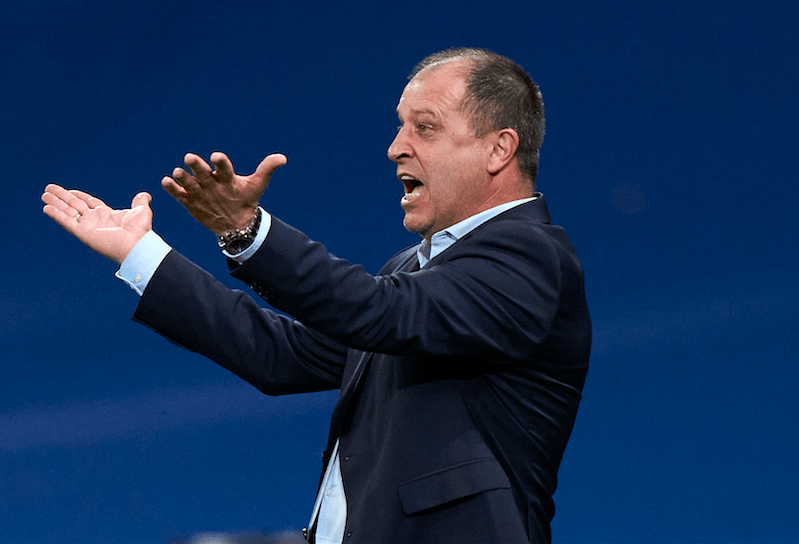 Let’s rewind to the start of last season for a moment.

FC Sheriff Tiraspol had come unstuck against Qarabag in the Champions League's second qualifying round, which was swiftly followed by a Europa League exit at their first hurdle - third qualifying round - when they lost on penalties to Republic of Ireland’s Dundalk.

A hard pill to swallow for a club with big ambitions.

Fast-forward to July 2021 and the Moldovan champions were again involved in the Champions League qualifying rounds.

They proceeded to beat Teuta and Alashkert, stunned Red Star Belgrade, then pushed aside Dinamo Zagreb in the play-off round to secure a spot in the Champions League group stages for the first time in their history.

"Those were the tears of real men,” revealed Yuriy Vernydub, the club’s Ukrainian manager who orchestrated the historic achievement. “Those were really happy tears.”

Vernydub, 55, previously took Ukrainian side Zorya Luhansk to the 2016/17 Europa League group stages where they carved out draws against Fenerbahce and Feyenoord, and lost narrowly to Jose Mourinho’s Man Utd who went on to lift the trophy.

Formed in 1997, Sheriff Tiraspol, named Sheriff because their founder Viktor Gushan has a particular fondness for old Western films, are located in the city of Tiraspol in the breakaway state of Transnistria on the Moldovan-Ukraine border; no country in the United Nations recognises Transnistria as a state.

But back to the football. Sheriff, who are well funded, were placed in a daunting yet blockbuster Group D alongside 13-time winners Real Madrid, Italian champions Inter Milan, and Shakhtar Donetsk; Ukrainian champions in four of the last five seasons.

Two games in and they are top of the table with six points on the board: it’s been a remarkable debut. 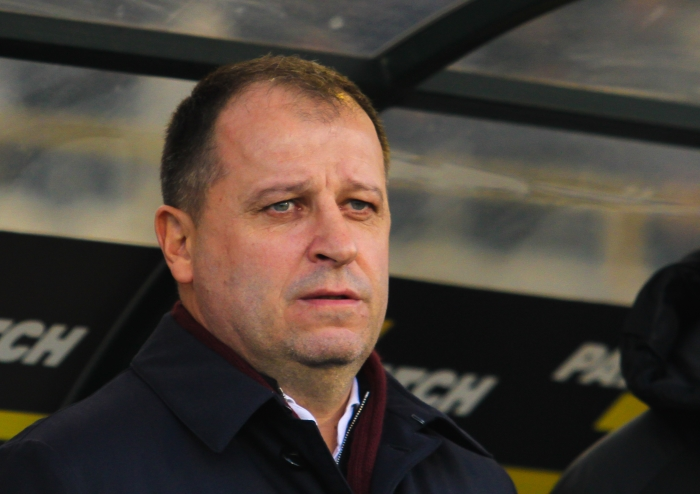 Immense credit to Sheriff Tiraspol head coach Yuriy Vernydub who is one of only four managers to beat a Carlo Ancelotti Real Madrid side in the Champions League! 👏

On Tuesday Vernydub became one of only four managers to beat a Real Madrid side led by Carlo Ancelotti in the Champions League; winner of the famed La Decima in 2014.

The 2-1 victory at the Bernabeu - won thanks to a stunning Sébastian Thill strike, watch here - surely ranks in the top cluster of Champions League upsets.

"We have created a miracle and in the end we have won,” Vernydub said after the game. “I am very happy and very proud for FC Sheriff, but I am more proud of my boys."

Vernydub’s squad consists of 18 nationalities from all corners of the globe whom he’s moulded into a collective unit full of belief and desire. Yes, the club has dominated domestically for the last 20 years, but now they are making waves in the glitz and glamour of the Champions League.

Appointed in December, Vernydub has accumulated 30 wins from 37 games, losing just twice and not since a penalty shoot-out defeat in the Moldovan Super Cup; Sheriff are currently unbeaten in 17 matches in all competitions.

Sheriff, who now have a doubleheader against Simone Inzaghi’s Inter to look forward to, can be backed at 14/1 to win Group D, 9/4 to qualify for the knockout stages, while you can find them out at 750/1 to lift the trophy!