World Cup 2022 Golden Ball Odds: A look at the contenders for the award with just eight teams remaining 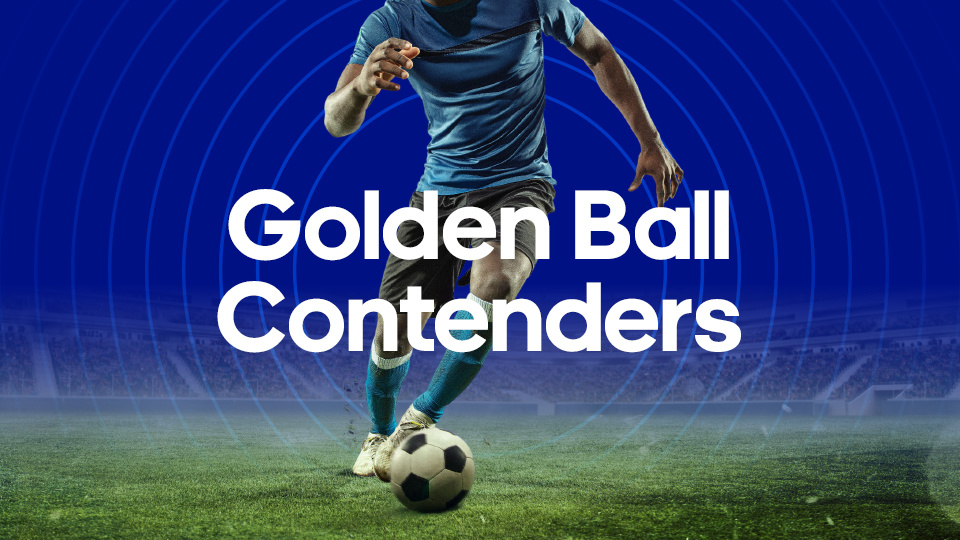 The Golden Ball, along with the Golden Boot, is the most coveted individual award for World Cup players and with the quarter finals now looming large some of the world's greatest footballers are vying for the title of the best player at this year's tournament in Qatar.

After analysing the market before the festivities began, we at BettingOdds are back with a revised look at the in-play market and have assessed the chances of some of the leading contenders...

Mbappe was the new kid on the block in 2018 who stole the headlines with his blistering pace and ruthless finishing. He is now established as a contender to be the best player in world football and is the face of the new generation, so his astounding performances in Qatar should have come as no surprise. The PSG star was as big as 10/1 to claim the Golden Ball award pre-tournament, and anyone with an Mbappe 10/1 ticket is now sitting pretty, along with any Golden Boot backers after his five goals see him two clear in the race for that prize.

There is only one player in the argument against Mbappe right now (more on him soon) as the best player at this World Cup so far and if the award were given at this stage Mbappe's odds would be even shorter. The biggest danger to the rapid frontman could be France's tricky looking route to glory, with England next up who look the best they have in a generation. Of course Mbappe is the most likely winner, but better value could be found in simply backing France to beat England this weekend, as if Les Bleus are eliminated at the quarter final stage surely Mbappe won't claim the award.

Revered by Argentinians, Catalonians and football fans alike, Messi was the favourite to claim this award before a ball was kicked and after Argentina's shocking start in Qatar he has inspired his side once more and is back on course to go close. There are few individual or team awards that have evaded Messi throughout his era-defining career, but the World Cup has done. The Golden Ball, however, has been his once before, in 2014 in Brazil when his Argentina side lost in the final to Germany.

He will be aiming to go one better this year in what is surely going to be his last World Cup. Make no mistake, if Argentina win the World Cup and any of their other players score a double hat-trick to win the final; it does not matter. Messi WILL win this award. He has been their star for over fifteen years and is again the talisman in 2022 at the age of 35. It would be a fitting end to a brilliant career were Messi to claim the World Cup and Golden Ball, and undoubtedly cement him as the GOAT. Whether he is value to win the award at 9/2, however, remains to be seen when Argentina are a bigger price to lift the World Cup.

Money back As A Bonus Up To £40 If Your First Bet Loses + £10 Casino
get offer get offer
#AD 18+ begambleaware.org. New customers only. Min deposit £10. Money back as bonus if first sports bet loses. Wagering requirements: sportsbook 3x at min. odds of 1.40 (2/5), casino 50x. Unless forfeited the sportsbook bonus must be wagered before using the casino bonus. Bonus expires 7 days after opt-in. Visit Unibet.co.uk for full T&C's.

The favourites Brazil have been arguably the standout team of the tournament, with their first half destruction of Croatia arguably as close to a perfect 45 minutes as we have seen at the World Cup in the round of sixteen. Before the action in Qatar kicked off many were anticipating that if Brazil were to claim glory for the first time since 2002 they would rely heavily on Neymar. It is testament to the star power and skills of the Samba number 10 that he remains sub 20/1 for the Golden Ball award despite missing the last two games of the group stages with injury.

He could be a smidgen of value if you fancy Brazil to lift the trophy and Neymar to have some big games in the knock-outs, however Richarlison and Vinicius JR look even better bets after playing starring roles so far for La Selecao and priced similarly to Neymar. Richarlison as a number nine matches the stereotypical Brazilian flair with a relentless pressing style that makes the favourites so difficult to play against, and this has been a coming of age tournament for the king of the pigeon dance. Vinicius is already a world class star for Real Madrid but has announced himself on the international stage in Qatar and could inspire the nation to glory and nick the award from under Mbappe's nose.

It's safe to say the pre-tournament favourite for the Young Player of the World Cup award Jude Bellingham is well on course to bag that prize (especially with his three main rivals Pedri, Gavi and Musiala exiting before the quarter final stage) but his unbelievable performances have seen him anointed England's most likely recipient of the Golden Ball. Bellingham is nothing short of a phenomenon, a player with seemingly no weakness and still so much potential left to get even better. All the biggest clubs in Europe will be falling over each other for his signature when he inevitably leaves Dortmund and a career as a worldwide star beckons.

Bellingham's performance against Iran, in which he opened the scoring, was tremendous and although he and England were off the pace next up against the USA, he was back to his brilliant best against Wales in a cruise of a 3-0 win. His levels raised once more in the last sixteen game against Senegal, running the midfield at the tender age of nineteen and providing both defensive steel and attacking prowess. He will be a contender for this award in many World Cups to come and although England have a job on beating France on Saturday, if they do expect Bellingham to play a key role and his price to contract further.

The last player worthy of a section of his own is the marmite character that is Bruno Fernandes. The petulant Portuguese is loathed by Premier League fans for his fakery, his whinging and his histrionics, but there is no doubting his talent. At this World Cup, he has taken his game to another level and has undoubtedly been the star for the 2016 European champions. He kicked off the tournament with a couple of assists against Ghana, before bagging a brace in a 2-0 win against Uruguay. After a rest in their final game, he was back to his brilliant best in their evisceration of Switzerland in the round of 16. Despite not getting on the scoresheet he provided an assist and looked lively all game.

Portugal look strong favourites to advance to the semi-finals, but there they will face off against either England or France. Not easy. A player exiting at the semi-final stage can win this award, however, and Bruno looks the best placed of the Portuguese contingent (sorry, Cristiano) to scoop the gong should he continue his blistering form. More on one of his teammates who could be worth a small play in the outsiders section below.

Best of the Rest

It will take a change in narrative for the Golden Ball to head anywhere other than to the players mentioned above, however that is not impossible and one player who looks slightly big is Cody Gakpo of The Netherlands at 50/1. He is their top scorer, has been their best player and would probably be in the team of the tournament so far. The problem? He is facing Argentina and then Brazil en route to the final. Good luck! Harry Kane at 33/1 has started slowly this World Cup but bagged his first goal in Qatar against Senegal int he last 16 and if the England captain starts hitting the back of the net regularly on the road to the final (England are the top scorers so far in the World Cup) his odds will capitulate.

Casemiro has been simply brilliant in anchoring the Brazilian midfield and is the same price as Kane for the award at 33/1. Luka Modric won the award from central midfield in 2018 so it s not out of the realms of possibility, but you'd probably want double the odds at this stage. Bernardo Silva has been immense for Portugal and at 100/1 looks slightly overpriced, but one must factor in their almost certain underdog status in their semi-final, while Antoine Griezmann has rolled back the years and is the same price. The problem for Griezmann is if France go far, Mbappe will surely take the headlines.

Oh, and please don't back Cristiano Ronaldo at 20/1 basement price. One of the worst bets we have seen in many a year!