World Cup 2022 Group Odds: Which is the Group of Death? 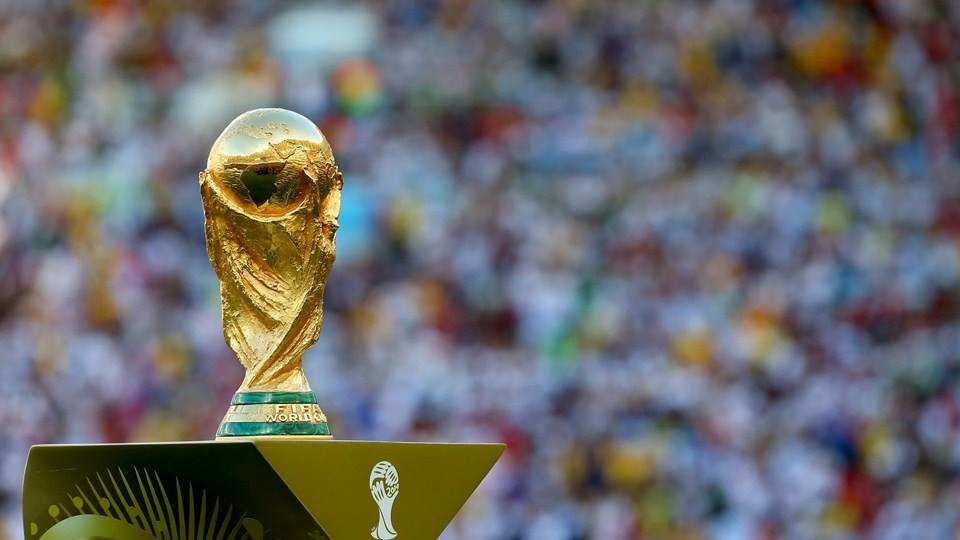 Every World Cup throws up a juicy and competitive group known as the ‘Group of Death’.

Last time out in Russia that tag was pinned on Group D, which didn’t disappoint in terms of drama and tension, as eventual World Cup runners-up Croatia won all three matches, leaving a disjointed Argentina to just about scrape 2nd spot ahead of Nigeria and Iceland.

England meekly flopped out of their own Group of Death in 2014 - oh Roy - when they failed to even win a game in a group which saw Costa Rica remarkably claim top spot. Uruguay took 2nd, meaning Italy (3rd) and rock-bottom England booked early flights home.

There are a number of exciting match-ups across the board this time around in Qatar, meaning a stand-out ‘Group of Death’ is perhaps more difficult to identify on this occasion. However, in our humble opinion here at BettingOdds.com, there is a particular quartet of countries located within the World Cup Groups which could well provide us all with buckets of competitive drama, potential upsets, and lashings of intrigue…

Which is the Group of Death in Qatar?

Your eyes will immediately be drawn to two of the last three World Cup winners in Spain (2010) and Germany (2014), who are joined by Asian giants Japan, as well as Costa Rica, who as we’ve seen in the past have defied the odds and strung together some superb results.

2010 Champions Spain have endured underwhelming performances at the two World Cups since they were victorious 12 years ago; they infamously failed to make it out of the group stages in 2014; then lost to Russia in the last-16 four years ago after sacking their manager on the eve of the tournament. However, under Luis Enrique they reached the Euro 2020 semi-finals and then finished runners-up to France in the Nations League, so they are definitely heading in the right direction.

Germany repeated that unwanted feat of Spain in 2018, as they also feebly exited the World Cup at the group stages when attempting to defend their crown. It was viewed as a disaster in their homeland, while they could only reach the last-16 at the Euros last summer. This will be Die Mannschaft's first World Cup without ​​long-serving boss Joachim Low in charge since 2006, and while Hansi Flick has lost just once in 15 matches so far, Germany admittedly don’t look as strong as the likes of Brazil, Argentina and France - you’d be silly to ever rule them out though.

World Cup 2022 Odds: Will there be a first time winner in Qatar?

The 2022 World Cup promises to be unique. Not only does football’s most momentous tournament take place in uncharted land (Qatar), but it’s switched its traditional June/July schedule for November/December. Could…

Traditional big guns Spain and Germany are nestled within the top six places of the World Cup Winner Odds, yet while the European duo will be expected to fight it out for supremacy in Group E, Asian giants Japan and underdogs Costa Rica are both fully capable of throwing a spanner into the works.

Japan have progressed from the group stages in three of their last five World Cups, including in 2018 when they came agonisingly close to reaching the last-eight for the first time ever after they took a 2-0 lead against Belgium, only for Roberto Martinez's side to conjure up a dramatic late comeback to break Japanese hearts. A narrow 1-0 defeat to World Cup favourites Brazil back in June highlighted just how tough Japan can be and they know that if they can pick up a result against a topsy-turvy Germany in their opening match it could set them up very nicely ahead of their next clash against Costa Rica.

As for Costa Rica, they were the final country to qualify for the World Cup meaning they certainly won’t be eager to be amongst the first to leave. Before you instantly rule them out, it’s worth remembering that they have a history of causing shockwaves in a ‘Group of Death’. In 2014 Los Ticos famously topped Group D above former World Champions Uruguay, Italy and England. On that occasion they reached the quarter-finals, where they agonisingly lost on penalties to the Netherlands.

Who will win Group E?

Spain are the bookmakers’ favourites to finish top of Group E. They are odds-on with most firms but can still be backed at even-money with BetVictor. La Roja pipped Portugal to top spot four years ago, but infamously failed to qualify from the group stages as defending champions in 2014.

Enrique has pieced together a young and talented squad consisting of stars such as ​​Pedri, Gavi and Ferran Torres, married with the experience of Jordi Alba, Sergio Busquets and Alvaro Morata, leading to growing expectations that they can go all the way and win the tournament for a second time (9/1, SBK).

Germany are next in the running at 11/10 to progress through to the knockout stages as group winners. In 2018, the Germans surprisingly finished bottom of what was expected to be a straightforward group consisting of Sweden, Mexico and South Korea. Prior to that shock standing they topped every single one of their World Cup groups between 1990 and 2014 (seven in a row).

Japan are further back at 12/1 to stun the two European giants and snatch top spot, while Costa Rica are the 55/1 outsiders. As mentioned, the latter have previously upset the odds in that stunning top spot finish eight years ago, while they can draw confidence from a run of just one defeat from their last dozen games.

As for a straight forecast when it comes to the top-2: Spain/Germany is 6/5, flip those two around and you get odds of 7/5, while Spain/Japan is 12/1 - scroll down for full odds via William Hill.

Below you’ll find the six matches that take place in Group E, along with their kick-off times (GMT).

Arguably the stand-out match of the group stages in Qatar is between Spain and Germany on Sunday 27th November (7pm).