Wolves v Sevilla Tips: Back an experienced Sevilla to edge a hard-fought battle in Germany 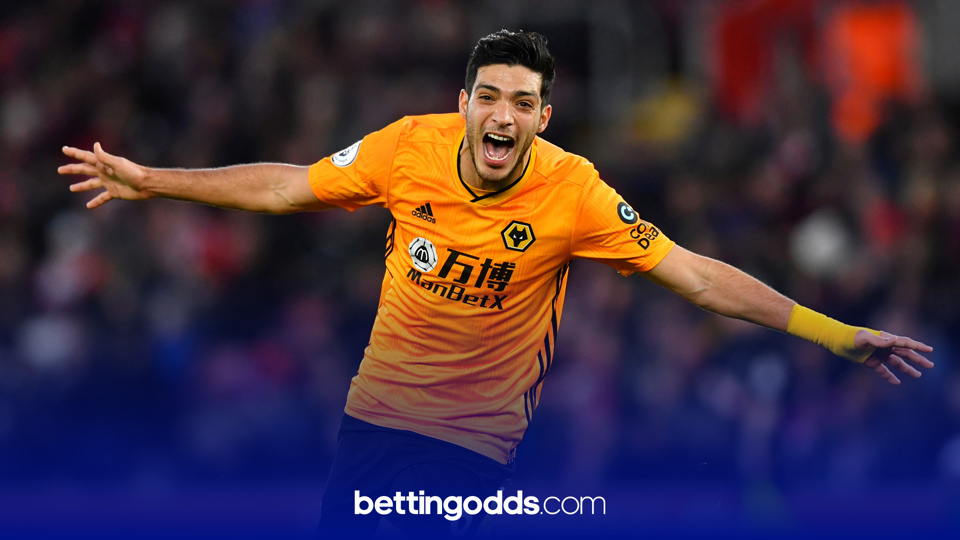 We’re now reaching the business end of the Europa League and the competition’s most successful team, Sevilla, take on Wolves in this quarter-final clash at Germany’s Schauinsland-Reisen Arena.

Kick-off is at 8pm and the game will be shown live on BT Sport.

Wolves edged past Olympiacos in the last round, beating the Greek outfit 2-1 over two legs and have looked extremely strong in Europe throughout the whole campaign, despite playing their first game in the competition over a year ago.

No club has won the Europa League more times than Sevilla. The Spaniards have laid claim to five titles throughout their history and made light work of Roma in their last-16 duel last week, beating the Italian giants 2-0 thanks to goals from Sergio Reguilon and Youssef En Nesyri.

Indeed, this game promises to be a cracker on the face of it, with two really strong sides locking horns both desperate to book their spot in next week’s semi-finals.

Looking into the betting and it’s Sevilla who are favourites, priced at 6/5 and given a 45% chance of victory by the odds-makers. Wolves enter the clash as 5/2 underdogs to win in 90 minutes, though it is worth noting that in the case of a full-time draw (23/10), this match will go to extra-time and penalties to be settled due to it being played over just one leg.

Sevilla are favourites to qualify at 8/13, while Wolves can be found at 6/5 to make it through to the semi-finals with William Hill.

In terms of team news, Wolves will be without winger Daniel Podence due to suspension, while defender Jonny Castro will miss this tie with a knee injury. Ruben Vinagre and Leander Dendoncker could both come into the starting-XI as a result.

Sevilla have no fresh injury/suspension concerns to contend with so should be at full strength.

I’ve picked out three football tips for this Tuesday’s game - they can all be found listed below, but please always remember to gamble responsibly.

I’m backing Sevilla to qualify here and over 1.5 match goals within 90 mins, priced at just over Evens with Betfair.

With two really talented sides stepping toe-to-toe with each other, I can see this match featuring plenty of free-flowing, end-to-end action.

It will most likely begin cagey due to the nature of the fixture and everything that is riding on it, but with the likes of Ruben Neves, Raul Jimenez, Youssef En Nesyri and Lucas Ocampos all featuring I would be incredibly surprised not to see a few goals in this one.

All but one of Sevilla’s last 17 games has seen more than one goal scored, while over 1.5 goals has landed in all but one of Wolves’ last five games (all competitions). With this considered, I’m confident in getting behind this selection.

Sevilla are seasoned professionals when it comes to the Europa League having won it more times than any other club (five). The Spaniards were crowned as the Europa League winner three years in a row between 2013 - 2016 so know exactly what it takes to be successful in this particular competition.

They’ve looked solid this season and were rampant against a strong Roma side in the last round, and although Wolves are a very good side, I just think their experience and quality will edge this one. I don’t think it will be easy, however, and can see this game being settled in extra-time or by penalties which is why I’ve opted to back Sevilla to qualify rather than just win in normal time.

Little introduction is needed when Raul Jimenez is concerned. Wolves’ talismanic front man has been in scintillating form this term, contributing 27 goals and ten assists across all formats.

The Mexican striker has scored four goals in the Europa League proper this time out, including a penalty in the last round against Olympiacos which proved to be the only goal of the game at Molineux and sealed Wolves’ position in the quarter-finals.

Jimenez goes into my second bet for this clash, which has been boosted to 9/1 from 6/1 by Betfair, alongside Sevilla’s Fernando to be booked.

The former Manchester City midfield general is his club’s most-booked player this season having picked up 13 yellow cards, and up against a speedy midfield containing the likes of Ruben Neves and Joao Moutinho I can potentially see the 33-year-old getting a little overran, which could lead to a miss-timed tackle and subsequent booking.

This bet is priced at just 6/1 with bet365 so you'd really be getting great value backing it with Betfair.

My final selection for this juicy Europa League quarter-final showdown is Lucas Ocampos to score anytime and Ruben Neves to register at least one shot on target, and be booked.

Ocampos has enjoyed a glimmering debut season in Spain having scored 15 goals in all competitions and he is certainly one of Sevilla’s key threats.

The Argentine is predicted to line-up on the right hand side of a front-three here; I can see him giving the Wolves defence plenty of headaches and potentially adding to his already-impressive goal haul this term.

The next part of my 33/1 longshot, which has been kindly boosted from 26/1 by the good people at Betfair, is dominated by Ruben Neves. I’m backing the Portugal international to register at least one shot on target and find his way into the referee’s notepad.

Aside from defender Romain Saiss, no player has seen yellow more times than Neves this season (nine bookings) and I feel that this could be a match won by the midfield, with both sides having some real creative talent in that specific area of the pitch.

It will certainly be a battle in there and Neves is never shy of getting stuck in; with so much on the line I can see him picking up his tenth yellow of the campaign against Sevilla here.

While Neves may lack a bit of discipline in the tackle, he makes up with that with his exemplary shooting ability. The 25-year-old has averaged 2.9 shots-per-game in this season’s Europa League, with 0.8 of those on target.

If he gets half an opportunity to shoot, there’s no doubt in my mind that he’ll jump at it and looking at his averages this season, I’m feeling happy to include him into my longshot selection.

His stunning chest and volley has to be the best goal in this season's Europa League!