What next for Roberto Mancini after Italy’s World Cup disaster?

Italy have failed to make the World Cup for the second time in succession
By Jack Kitson
11:15 Friday 25th March 2022 - 5 minute read

Eight months after they revelled in the jubilation of being crowned European Champions, Roberto Mancini’s Italy have crashed back down from their perch with a shattering thud after they failed to qualify for the 2022 World Cup.

That's right, Italy won't be in Qatar this Christmas.

They were stunned 1-0 at home to minnows North Macedonia in the semi-final play-off, meaning the four-time World Cup winners will miss out on the showpiece spectacle for the second time in succession.

It’s remarkable to think that the Azzurri have only won one World Cup match since they hoisted the golden trophy back in 2006, and they won't get the chance to change that until at least 2026.

To not even make the play-off final is simply catastrophic for Mancini’s side, who had 65% possession and 32 shots to North Macedonia's four. Their lack of ruthlessness and killer instinct in front of goal - just five of those shots were on target - has cost the country deeply, although in truth they should never have been in this position in the first place.

Italy may have gone unbeaten during the qualification group stages, but Chelsea midfielder ​​Jorginho missed two crucial - and ultimately costly - penalties in both matches against Switzerland who subsequently finished top of the group by two points.

As for Mancini, while it’s a huge disappointment to fail to qualify for a tournament he was predicting he could win a few months ago, the former Man City manager does have a lot of credit in the bank.

Appointed in the summer of 2018 with Italy still reeling from their failure to make the World Cup, Mancini completely transformed the fortunates of the national team; bringing through a new generation of talent which blended cohesively with a core of veteran players. In turn, this produced an unlikely surge to the summit of Europe last summer, culminating in a penalty shoot-out success over England at Wembley. Mancini’s men were a joy to watch, played some cracking football, and fully deserved their Euro 2020 crown.

That seems a long time ago now though. Football can be a brutal, ruthless and cut-throat game, especially for those employed in the managerial arena.

“We will see. I think everyone is too disappointed right now to talk about the future,” Mancini said after the shock defeat.

“Just as the Euros was the most wonderful experience of my life, this was the biggest disappointment. We can say nothing, that is football, sometimes incredible things happen and it happened.

“We shouldn’t have been here in the first place, but we did everything we could to win and it’s hard to even talk about it.” 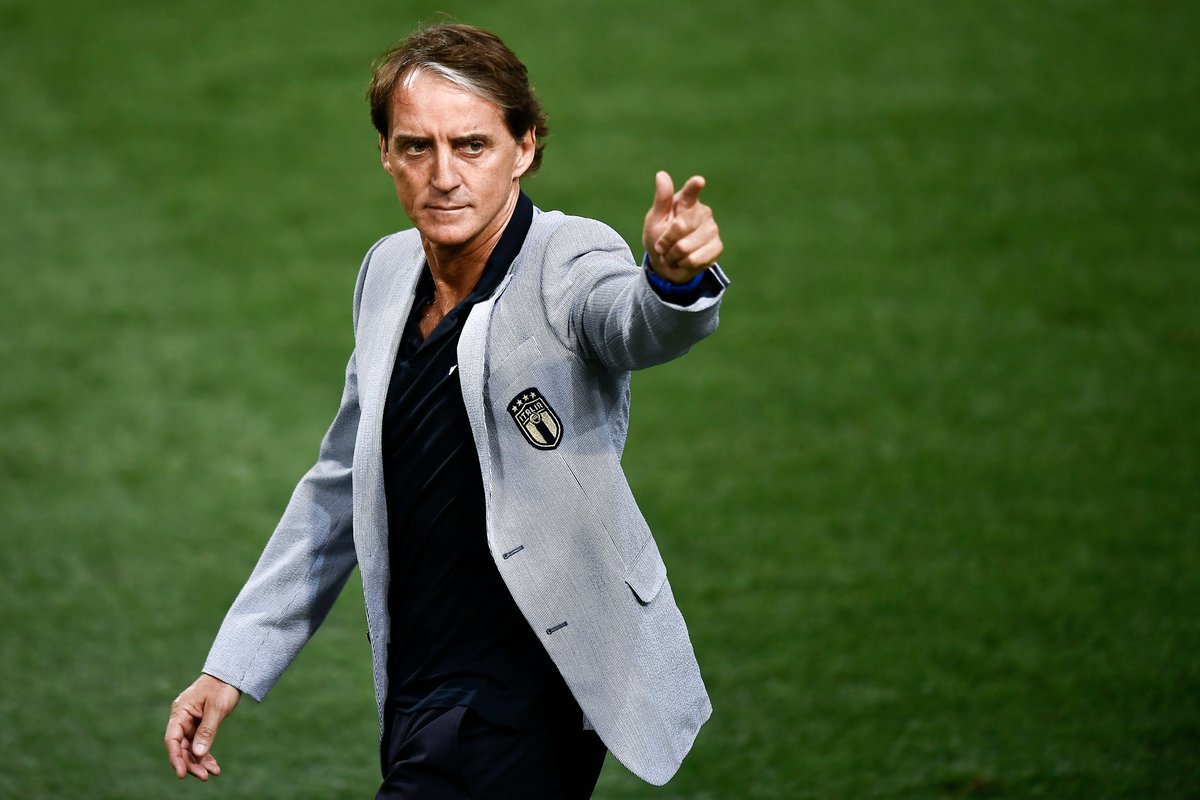 🤯 March: Fail to make #WorldCup2022 after losing at home to North Macedonia https://t.co/9vR51kWfDS

Mancini only penned a new four-year contract last year, which would take him through until after the 2026 World Cup. Both country and manager will be severely wounded by failing to make it to Qatar, however it would still be a surprise if those in power pulled the plug on the partnership.

If it did come to that, Mancini will hardly be short of offers to return to club level where he’s won the Premier League, Serie A, and a number of domestic cups in England, Italy, and Turkey.

There just so happens to be a job going at Man Utd right now, a vacancy Mancini was surprisingly linked with late last year. A 50/1 outsider before Italy’s match with North Macedonia, Mancini’s odds have already been cut to 7/1 (BetVictor) which puts him in the top bracket in the betting with Erik ten Hag and Mauricio Pochettino.

Given his Man City connection, an appointment at Old Trafford does seem somewhat remote. It’s more than likely to be a two-horse race between Ten Hag - who is now as short as 1/3 - and Pochettino, although Sevilla’s Julen Lopetegui (33/1) and Spain’s Luis Enrique (40/1) have reportedly caught the eye.

There are currently no other jobs up for grabs in the Premier League, although in the increasingly unlikely scenario that Antonio Conte leaves Spurs, Mancini would surely be an option to replace his fellow Italian.

A return to Serie A will always be a possibility, he’s yet to manage in the Bundesliga or La Liga - there could be a job up for grabs at Real Madrid - while he can be found out at 33/1 to replace Pochettino at PSG should the Argentine leave Paris this summer.

There’s sure to be frenzied speculation over Mancini's future during the next few weeks, during which Italy will have a meticulous inquiry into what on earth went wrong.

If he does leave, it's being reported by Football Italia that Italy could look towards the likes of Fabio Cannavaro, Roberto De Zerbi and Gennaro Gattuso.

Italy don’t have to wait long until their next match, a friendly against Turkey on Tuesday, then they have a busy fixture list in June with another friendly scheduled against Argentina before the Nations League kicks into gear with clashes against Germany, Hungary, and England.

Could Luis Enrique swap Spain for Man Utd ahead of the 2022 World Cup?

We all know that Erik ten Hag and Mauricio Pochettino are bang in the mix to become the next Man Utd manager. When it comes to unearthing the identity of the club’s next boss the rumour mill has reached an almost nauseating…