West Ham vs Genk Odds: Best Bets as the Hammers look to make it three from three in the Europa League 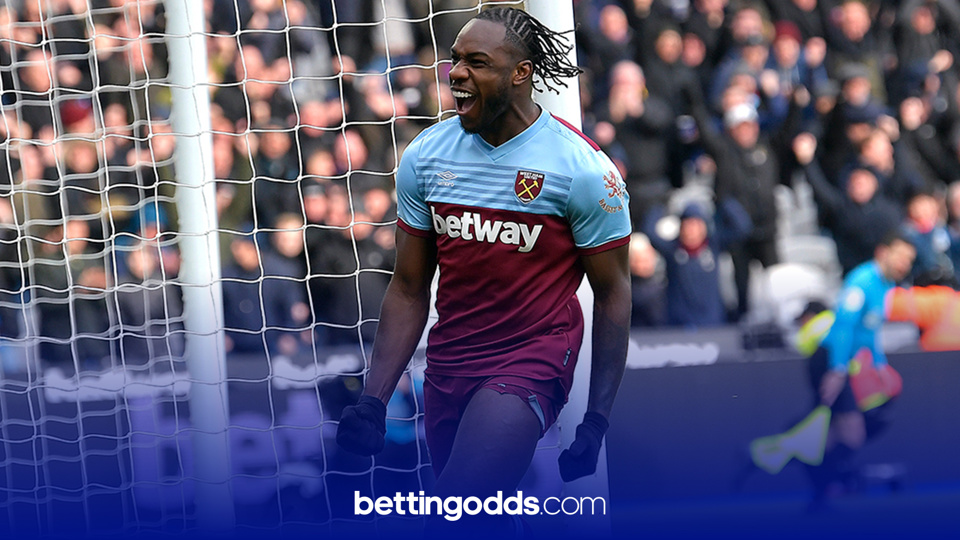 West Ham take on Belgian outfit Genk in the Europa League on Thursday with the game being shown live on BT Sport. It’s been a profitable week here at BettingOdds.com with a 20/1 winner on Saturday before 4/1 and 8/1 winners on Tuesday and our man @AnthonyEadson is on hand with three selections he likes the look of for Thursday evening.

Sunday’s 1-0 victory over Everton at Goodison Park means it’s now five straight wins in all competitions for West Ham and they looked to have continued where they left off after finishing 6th in the Premier League last term with 65 points. Going forward, they have been impressive this season and are currently ranking fourth of the 20 sides in the league when it comes to shots per game with an average of 16.4 per game.

West Ham have won both of their Europa League matches so far in Group H with victories over Rapid Wien and Dinamo Zagreb. They are also yet to concede yet in the competition with both of their wins coming via a 2-0 scoreline. David Moyes has shown some clear intent that he wants to get qualification wrapped up early by naming a strong side, including Michail Antonio in both games so far.

Genk on the other hand have lost three games in a row and four of their last five in all competitions. Dinamo Zagreb beat the Belgians 3-0 on their own patch in Matchday 2 and with that in mind I’m happy to get behind the West Ham -1 Match handicap, priced at even money with several firms, including Betfair.

Next up I’ve picked out a selection from the shots on target market in a game where I’m expecting West Ham to have plenty of attempts on goal. One of my favourite players to watch at the moment, it feels inevitable that Rice will soon end up at one of the Premier League top clubs considering the outstanding level of performances he has been putting in over the last few seasons.

One area I feel he can improve is in front of goal and already, after less than a quarter of the season, he’s let off half as many shots as he did in the entirety of last season across all formats.

Furthermore, 86% of Declan Rice’s shots on target in the Premier League last season came in games at the London Stadium and I can see him landing one against an average Genk side after scoring against Rapid Wien. Rice has landed 1+ shot on target in both Europa League games so far this term and has let off five attempts in total. With Betfair going 21/10 for one or more shots on target from the talented 22-year-old, I’m happy to have a 1pt stake on this selection considering the incredibly short prices on most of his teammates.

As mentioned above in my main tip for the evening, I’ve taken a strong lean towards the home side winning this game well based on their recent form and the opportunity to seal qualification to the latter stages.

With the emphasis on West Ham scoring a few goals on Thursday evening, I’ve also picked out Michail Antonio to have registered an assist anytime in the match. The Hammers number nine has been in fine fettle this season with five goals and three assists and at the current prices he looks better priced in the assist market.

The Jamaican has provided three assists in the league so far this season and has the highest Expected Assists total of any player at club and the seventh highest in the entire division. In his most recent Europa League fixture the 31-year-old provided an assist for Declan Rice and with runners in Said Benrahma, Manuel Lanzini and Jarred Bowen, it would be no surprise to see a repeat.

Rounding off this three-pronged punt, is Genk’s Bryan Heynen to be carded. No player for the Belgian’s has been cautioned more times this season than defensive midfielder Bryan Heynan with three in eleven league appearances along with one in two in the Europa League.

Another positive here for card-backers is that referee Donatas Rumas will be in charge of the match. The Lithuanian official has taken charge of several European matches from the Europa League and the Conference league this season and back in August gave out a staggering 13 yellows and two reds in just one game involving Hapoel Beer Sheva. Over his last four European matches he’s given out a whopping 23 yellows and two red cards and I’m hoping he can brandish one to Bryan Heynen to bring in our 33/1 play for the evening.