West Brom Premier League Odds: Baggies to avoid the drop in 2020-21 with Pereira committing future to the club

As part of our Premier League countdown series, we take a look into West Brom ahead of the new campaign kicking off in two weeks time.

We’ll look at how the Baggies ended last season, any new signings they’ve made throughout the summer and the key betting markets relating to the West Midlands side, as well as offering our very own prediction on how we think they’ll fare in 2020-21.

West Brom earned automatic promotion back to the Premier League after finishing second in the Championship last time out, though were perhaps lucky to do so following a 2-2 draw with QPR on the season’s final day.

Brentford’s shock defeat at home to Barnsley ensured that they would avoid the unpredictability of the play-offs, however, and they joined league winners Leeds in automatic Championship promotion at the end of July.

Draws against the likes of Blackburn, Fulham and QPR coupled a disappointing 2-1 loss to Huddersfield in mid-July, in a result which saw the Championship title officially awarded to Leeds United.

Slaven Bilic’s side will definitely have to work on their consistency next season. Too often they suffered severe dips in form in 2019-20, most notably just before lockdown and at the very beginning of Project Restart, where the Baggies took just two points from a possible 15 on offer.

Although, throughout the tail end of 2019 they were the most emphatic side in the division, going 14 games unbeaten between 5 October & 26 December, which really proved their class and helped to project them to the summit of the second-tier.

Defensively West Brom could have potentially been a little tighter last season as they conceded 45 goals - 10 more than champions Leeds. However, they found few issues in finding the net at the other end of the pitch, ending the campaign as the joint-second top scorers (77 goals) behind Brentford (80 goals).

Who have West Brom signed this summer?

So far West Brom have made just one permanent signing, acquiring the signature of last season's star loanee Matheus Pereira from Sporting CP for £8m. The Brazilian wide man was one of the main reasons why West Brom did as well as they did last term, providing a huge 20 assists alongside eight goals for the Hawthorns outfit.

Pereira looks Premier League quality and will surely benefit West Brom tremendously this coming season, and adding his services to a side which already possesses a great deal of quality - with players like Romaine Sawyers, Hal Robson-Kanu and Semi Ajayi - the Baggies are expected to prove tough opposition in 2020-21.

As with any side, though, new signings are never unwelcome and Slaven Bilic is expected to add one or two more players to his squad before the October 5 transfer deadline rolls around.

Celtic defender Kristoffer Ajer, Huddersfield striker Karlan Grant (who scored 19 goals in the second-tier last season); Brighton centre-half Shane Duffy, and Watford's Troy Deeney (Evens to join) have all been linked with moves to the Hawthorns, and each of those aforementioned names would add quality to the club if they were to make the switch to B71. 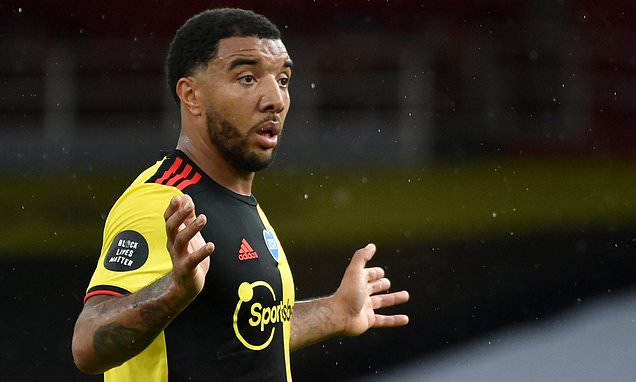 West Brom are joint-favourites (alongside Fulham) in the Premier League relegation betting this season with a number of bookmakers, priced at 6/5 with Betfair - an implied probability of 45%.

The Baggies have accrued the unwanted title of a ‘yo-yo’ club over the years thanks to frequently fluctuating between the first and second-tier, so will be desperate to prove the doubters wrong in 2020-21 by remaining in the top-flight.

Albion are 7/2 to finish bottom of England’s top table this season, while their odds to avoid the drop currently stand at 4/5, which I think could be the play here.

Slaven Bilic’s side are priced up at 8/1 to cause a shock and finish in the top-half, while their odds in the Premier League top four betting market is a huge 60/1 with Paddy Power.

After finishing the 2019-20 campaign on 83 points and obtaining automatic promotion, West Brom will be keen to carry last season's form into 2020-21 but the challenge that awaits them will certainly be a tough one.

The Baggies were relegated at the end of the 2017-18 season, finishing bottom of the top-flight on just 31 points, so will be desperate to avoid a repeat performance this time around. Looking at their recruitment and performance last season, I'm confident in their ability to avoid the drop this time around and hit the elusive 40-point mark that typically guarantees a club survival in the Premier League.

If West Brom do hit 40 points, they'll have an 80% chance of avoiding relegation. Bookmakers have priced Albion up at 4/5 to stay up, so 3/1 to get 40 points seems like a good price here with Paddy Power.