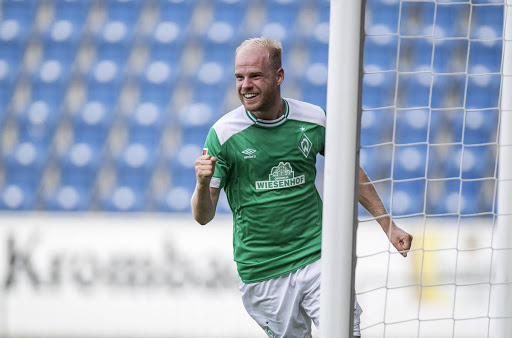 There's a scrap at the bottom of the Bundesliga this Wednesday as two sides who face the prospect of relegation clash heads at the Weserstadion.

Werder Bremen and Eintracht Frankfurt have both endured lacklustre campaigns and now find themselves in the bottom half of the division. Indeed it is the hosts who are worse off, sat second-from-bottom in the Bundesliga, though three points here could take them out of the drop zone and into the relegation play-off space.

The visitors lie 12th in the table but are by no means safe from relegation at this stage. With only seven points separating them from Werder (four if they lose this match), Adolf Hutter's side could find themselves in further trouble with a poor display.

Both sides do enter this game on the back of promising wins, with Werder beating Schalke last week and Frankfurt providing a shock against sixth-placed Wolfsburg, beating the Europa League hopefuls 2-1 away from home.

The bookies have Frankfurt priced as slight favourites for this one, giving the travellers a 40% chance of victory, while Werder have been given a 36% chance of obtaining the three points on home turf.

Werder are without Niclas Fullkrug (knee), Kevin Wohwald (knee), Claudio Pizarro (thigh) and Omer Toprak (calf), while Frankfurt have just one player missing through injury in Goncalo Paciencia (thigh), though Lucas Torro will miss this clash through suspension.

BettingOdds.com have compiled three key bets for this Wednesday's game - which will be shown live on BT Sport at 7:30 - below.

The first of our three bets is Werder midfielder Milot Rashica to have 2+ shots on target. The 23-year-old is one of the highest-rated midfielders for shots on target this season having registered 24 in total.

Rashica frequently finds himself in promising shooting positions and is certainly not afraid of letting rip from distance with a clear sight of goal, as proven by his impressive stats this season.

Frankfurt are an extremely open side who have shipped 12 goals in their last four games, we expect Werder to be presented with plenty of attacking opportunities this Wednesday and if that does prove to be the case, Rashica should well be at the forefront of it.

Our medium-priced bet this Wednesday comes in the form of Frankfurt defender Martin Hinteregger registering one or more shot(s) on target and Werder full-back Marco Friedl to be booked.

Hinteregger is surprisingly Frankfurt's leading goalscorer from central defence with a hugely impressive eight league goals to his name. The Austrian is also the second-highest ranked defender in the Bundesliga when it comes to shots on target (14), behind only Borussia Dortmund's attacking wing-back Raphael Guerreiro in the SOT charts.

He poses such an aerial threat from set-pieces with his height and supreme ability in the air, so we wouldn't be surprised to see him cause Werder some problems in front of goal here. Hinteregger's price to have one shot on target (10/11) significantly boosts the odds of this bet.

We've doubled this bet up with Werder Bremen defender Marco Friedl to be booked. The 22-year-old has seen yellow twice since the Bundesliga returned last month and has comfortably been the hosts most ill-disciplined player this term, picking up a total of eight yellow cards.

Up against the trickery of Andre Silva and pace of Timothy Chandler, we could see Friedl awarded his ninth booking of the campaign on Wednesday. 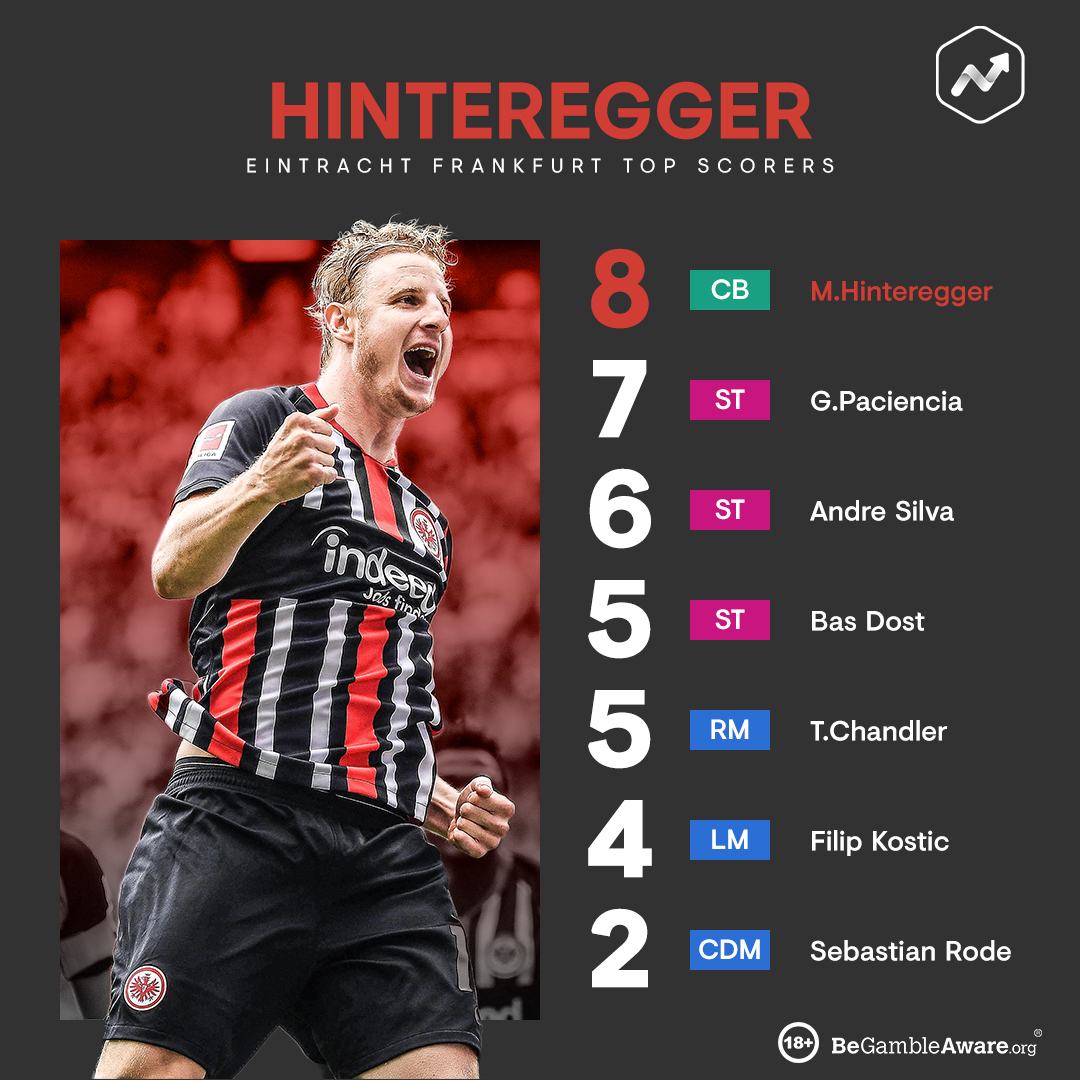 Martin Hinteregger, a defensive stalwart who also leads from the front 🇦🇹 ⁠
⁠
A rare football occasion where a central defender by trait is also his side's leading goal-getter.⁠
⁠
One to keep an eye on today for Eintracht Frankfurt 🇩🇪⁠ https://t.co/H32lFSytGM

The final bet this Wednesday is Leonardo Bittencourt to score anytime, Davy Klaassen to have 1 or more shots on target and our man Martin Hinteregger to be booked.

Bittencourt heads into this match-up good form with two goals in his last three appearances for Werder, and was on the scoresheet during his side's 1-0 win over Schalke last week.

The 26-year-old playmaker is a tremendous talent and really makes Werder tick in the middle, linking the midfield and the attack seamlessly. He'll be keen to build on his goal last week by netting once more in this six-pointer; and we're backing him to do just that.

Sticking with the hosts, Bittencourt's midfield partner Davy Klaassen is not shy of shooting from distance, despite playing in a more conservative role within Werder's midfield-three.

The former Everton man has registered 15 shots on target this season, proving his confidence from range. He goes into our longshot bet at 10/11 to help boost the odds.

To round things off we're revisiting Frankfurt's free-scoring defender Martin Hinteregger. The 27-year-old is not just the highest goalscorer in his side, but he's also the most booked player with six yellows to his name - his latest coming in the 5-2 defeat to Bayern a couple of weeks ago.

Dealing with the handful that is Milot Rashica up-front for Werder will not be easy; the Liverpool prospect is quick and extremely agile and could well prove to be a bit of a nightmare for Hinteregger, resulting in the Austrian potentially picking up a booking.

This bet is priced up at 30/1 with the good people at Betfair - we wish you the very best of luck if you opt to back it yourself.

Enjoy the game, it should be a cracker with both sides desperate to turn their fortunes around and start climbing the table. Above all else, though, make sure you bet responsibly.