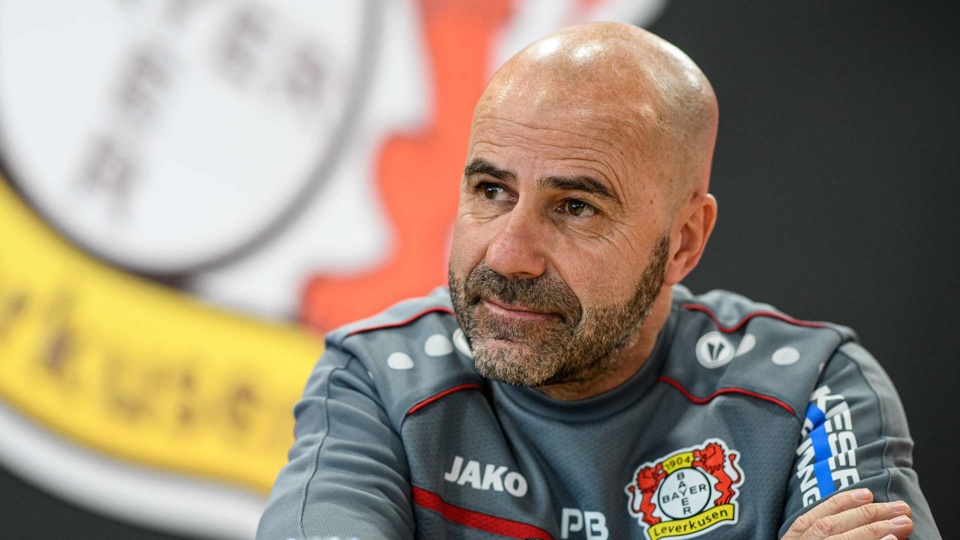 Football is back and the players of Werder Bremen and Bayer Leverkusen have had all weekend to watch their rivals get to grips with football under lockdown.

The pair lock horns at the Westerstadion at 19:30 UK time and you can watch the action live on BT Sport, or live streamed via Betfair if you're following any of our football tips and having a bet on the match.

Peter Bosc's Leverkusen are 4/6 to take all three points against a Bremen side (4/1) who have been devoid of confidence pre lockdown. Bosc was embarrassed in the Europa League final when manager of Ajax in 2017 and rather quickly shown the door at Borussia Dortmund since then, but has since rebuilt his career at Leverkusen and has one of the most exciting young squads in Europe.

We've three bets for you that very much favour Leverkusen being the dominate force in Monday night's game.

Milos Veijkovic to be shown a card at 11/5 - Betfair

If you were wondering what kind of effect there being no crowd would have on whether there would be less bookings, the first weekend so far has indicated that this won't be the case.

The Bundesliga was averaging a little over four cards a game going into the weekend, and the Leipzig v Freiburg clash was the only game on Saturday that didn't have four or more bookings in.

Add in Bundesliga 2 to the mix as well playing behind closed doors and all four games had four or more bookings in, including a straight red just four minutes into SV Sandhausen's game at FC Erzebirge Aue on Saturday, Dennis Diekmeier the culprit for the away side highlighting that no crowd doesn't necessarily mean less red mist!

Bet365 price up the line on the cards handicap as 3.5, which means if you want to bet on there being four or more cards you can bet over 3.5 which pays 4/5, an implied percentage of 56%, which looks a decent bit of value.

In terms of who will be booked, this is a little trickier to work out. Neither side have a specific 'bad boy' or enforcer you'd expect to be heading the market. Sebastian Langkamp heads the market at Betfair to be shown a card at 13/8, a just under 40% chance of picking up a booking according to the bookmakers.

Austrian defender Marco Friedl tops the bookings charts for Werder Bremen with six yellow cards this season, averaging a card every two and a half games. The 22-year-old is around a 7/2 chance which looks juicy enough were he to start. As always check the team news before backing any of the player markets.

At 11/5 Milos Veijkovic would make for a good alternative pending team news, the Croatian is picking up a booking every three games and could well get the nod ahead of Friedl in the leaky Bremen back line.

Kai Lavertz will line up alongside Diaby for this Leverkusen side who are fighting for a Champions League place and need three points to keep fourth place Mongchengladbach within their reach.

The 20-year-old German international has attracted the attention of Barcelona is you believe the papers and has six goals to his name in the league so far this season. An attacking midfielder by trade, it's not uncommon for Havertz to lead the line and with top scoring Kevin Volland likely to miss out through injury, the 11/4 about him having two or more shots in the match looks good value.

Bremen have won just one of their last eight matches losing six and find themselves eight points adrift from safety, second bottom in the Bundesliga. Leverkusen's young side could cause plenty of problems for the home side so we're doubling up with Kerim Demirbay to get one shot on target at 15/8.

The German isn't afraid to shoot averaging 1.5 shots a game and is also known to take set pieces and is the biggest price of Bosc's array of young attacking talent in this Leverkusen line-up. The same game multi with Betfair pays 11.4/1.

Kai Havertz to score anytime and get 2+ shots on target and Max Eggestein to be shown a card at 31.52/1 - Betfair

So you'll be getting the feeling that we're pretty sweet on Leverkusen for this match, which is why we've grouped some of these picks for our biggest price bet.

We think Havertz will be central to everything Leverkusen do on Monday night, very much in the spotlight and in the shop window with no other meaningful football on in the current climate. The German, who will take penalties in the absence of Volland and scoring twice from the spot in the Europa League this season he screams value to score anytime at 6/4, coupled together with his 11/4 two or more shots price.

Leverkusen have the second highest possession stats in the Bundesliga this season behind Bayern Munich and there's a really good chance that they'll run Bremen ragged in midfield. Max Eggestein is a 4/1 shot to be shown a card and add to the five he's already picked up this season. The 23-year-old is an ever present in the Bremen midfield and just offers that bit more security of featuring than the two defenders highlighted in our first tip.

The same game multi pays around 31/1 and completes our three tips for Monday night's Bundesliga clash.

Remember, keep an eye on that team news around an hour before kick off and please bet sensibly. Good luck!