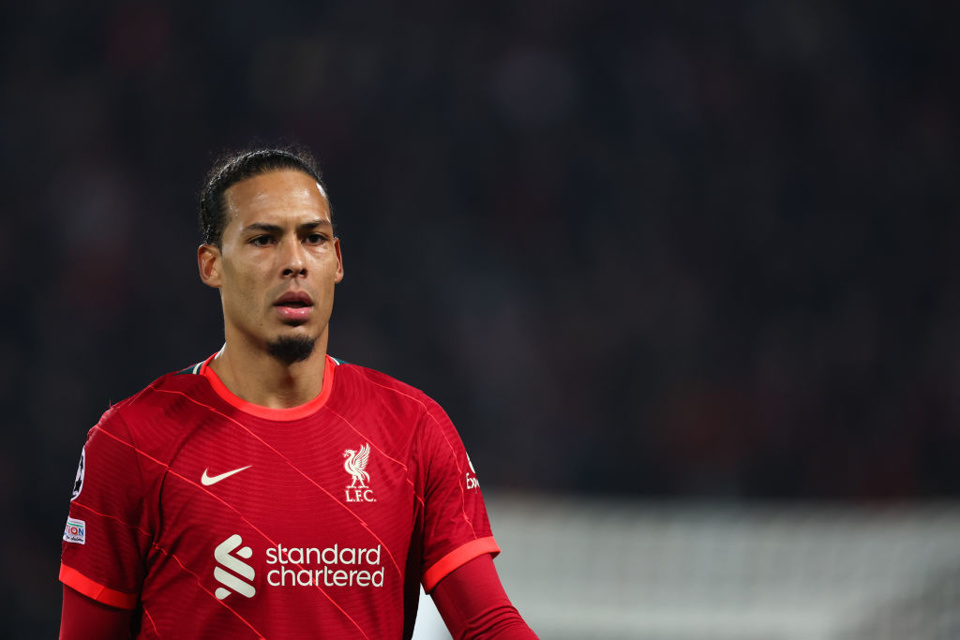 Virgil van Dijk has made 87 or more passes in seven of his last eight games at Anfield
By Anthony Eadson
16:43 Tuesday 26th April 2022 - 4 minute read

Liverpool continue their quest towards the quadruple on Wednesday evening as they take on Villarreal in the Champions League semi-final first leg. As usual here at BettingOdds.com we’ll have a full preview and tips for the game but we’ve also asked @AnthonyEadson to provide us with his best bet builder for the evening’s proceedings.

Two data-driven selections have caught his eye in this match and at the time of writing the double can be backed at 10/3 via the bet365 Bet Builder feature.

In terms of team news Roberto Firmino is the only doubt for Liverpool, however one would expect Luis Diaz to come back into the side after taking a place on the substitutes bench on Sunday against Everton.

The visitors are without long-term absentee Alberto Moreno, while Francis Coquelin and Gerard Moreno are both doubtful. Ex-Spurs trio Etienne Capoue, Juan Foyth and Giovani Lo Celso will all likely start for Unai Emery’s men.

I’ve decided to swerve backing any players to be carded at Anfield, despite the significance of this game for both sides. This is mainly due to the fact that prices on offer do seem quite short and that referee Szymon Marciniak will be the man in charge. The Polish official has one of the lower yellow cards averages in the Champions League this season showing 3.43 per game across seven matches.

Two of those games have involved Liverpool, with the first being against Inter in the knockout stage back in February when he didn’t give out a single card in the 90 minutes. The other was in Liverpool’s 3-2 win over AC Milan in the group stage where he gave out one yellow to the Reds (James Milner) and two to their Italian opposition.

The approach I’ve taken here starts with the player shots markets, and I’m siding with Trent Alexander-Arnold to have Over 1.5 in the match. This selection is priced at 6/4 with bet365 which looks very reasonable compared to the more conservative offering of 8/15 from Betfair and Paddy Power.

Liverpool will be looking to take a healthy lead over to Spain for the second leg, and as usual on home soil I see them racking up the chances, with Villarreal hoping to keep themselves in the tie by sitting relatively deep. This should lead to Trent spending a considerable amount of time in the opposition half with the potential for him to also have a couple of shots from free-kicks.

Looking at his data over the course of this season in the Premier League, the Liverpool right-back has made 29 appearances and has recorded Over 1.5 shots in 14 of those. That translates to 48.6% of his league matches where he has cleared this line and when looking at his record in Europe, he has done so in three of his six (50%), two of which were at Anfield.

Of the four sides remaining in this year’s competition, Liverpool average the most shots per game (16.6). Their relentless nature, particularly on home soil, should have Villarreal worried and it would be no surprise to see Liverpool, and hopefully Trent, rack up a few shots.

The second half of this Bet Builder double is for the colossus defender that is Virgil van Dijk to make Over 86.5 passes in the match. Priced at 5/6 as a single, Virgil has cleared this line in seven of his last eight appearances at Anfield in all competitions. I’ve listed those eight fixtures and the amount of passes he made in them below, starting with the most recent against Everton last Sunday.

Against Everton, Liverpool managed 81% possession and the week before against Manchester United that figure was 72%. Klopp’s side should dominate the ball here with van Dijk hopefully making 87 or more passes. It goes without saying, but we should have no issues here with substitutions (five in the Champions League) with the Dutchman almost always playing the full 90.

Best of luck to anyone following the selections on Wednesday and as always, please gamble responsibly.