Report: How The 2022 Africa Cup of Nations Could Affect European Football 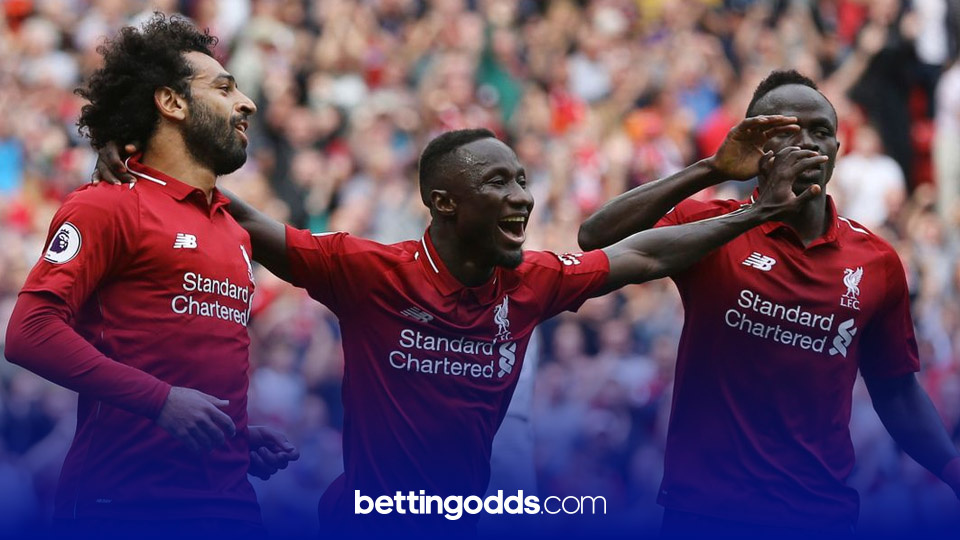 Though it feels we’ve only just begun, we’ve now been - some would say, ‘cruelly’ - snatched away from club football with attention shifted for a fortnight to World Cup qualifiers and Nations League finals. However, early next year, the Premier League, La Liga, et al will once again have to learn to live alongside international football as the Coupe d'Afrique des Nations returns. The championship of Africa will see 24 nations from the continent (fun fact, there are a mammoth 54 countries that comprise Africa, get on Sporcle) will take place between January 9 and February 6, 2022, in the 33rd edition of the competition, two-and-a-half years after the last. The likes of Liverpool, Olympique Lyonnais and Arsenal will wave a teary goodbye to some of their very most talented talismen as they fly off to Cameroon, the staging of this particular tournament. Don’t care? Well, EPL followers, don’t forget it was merely two years ago when the Premier League Golden Boot was rightly shared by a Gabonese, Senegalese and an Egyptian. African footballers are an intrinsic thread of our football fabric, and both the Premier League title and the relegation melee may well be won or lost based on their sizeable absence.

Based on the most recent international squads and recent call-ups, there are over 1100 potential players who will have the chance to compete in Cameroon, 72 of which are currently plying their trade in English football, all the way from the top tier down to League Two.

Relegation candidates Watford should have the biggest concern, with their 6 potential African absences the highest figure - one ahead of both Arsenal and Leicester City - for probable departures in the first months of 2022, or 8.3% of AFCON 2022 footballers in England. After the French football pyramid, which could see a whopping 162 players or 15.56% of potential participants, the English game will lose the greatest number of players to the tournament. contributing 6.56%.

The results were compiled from data provided by the Premier League, EFL and the Confederation of African Football. 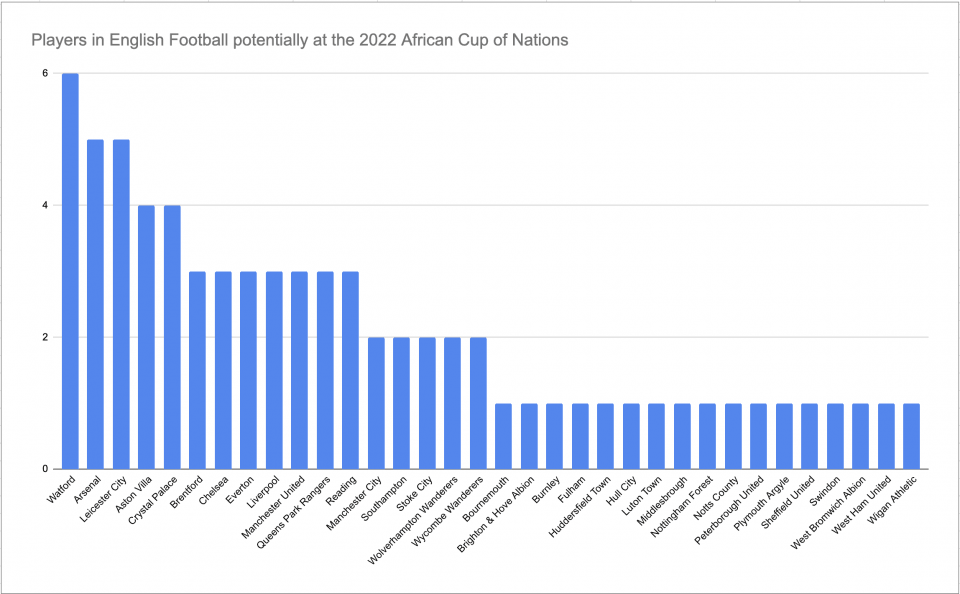 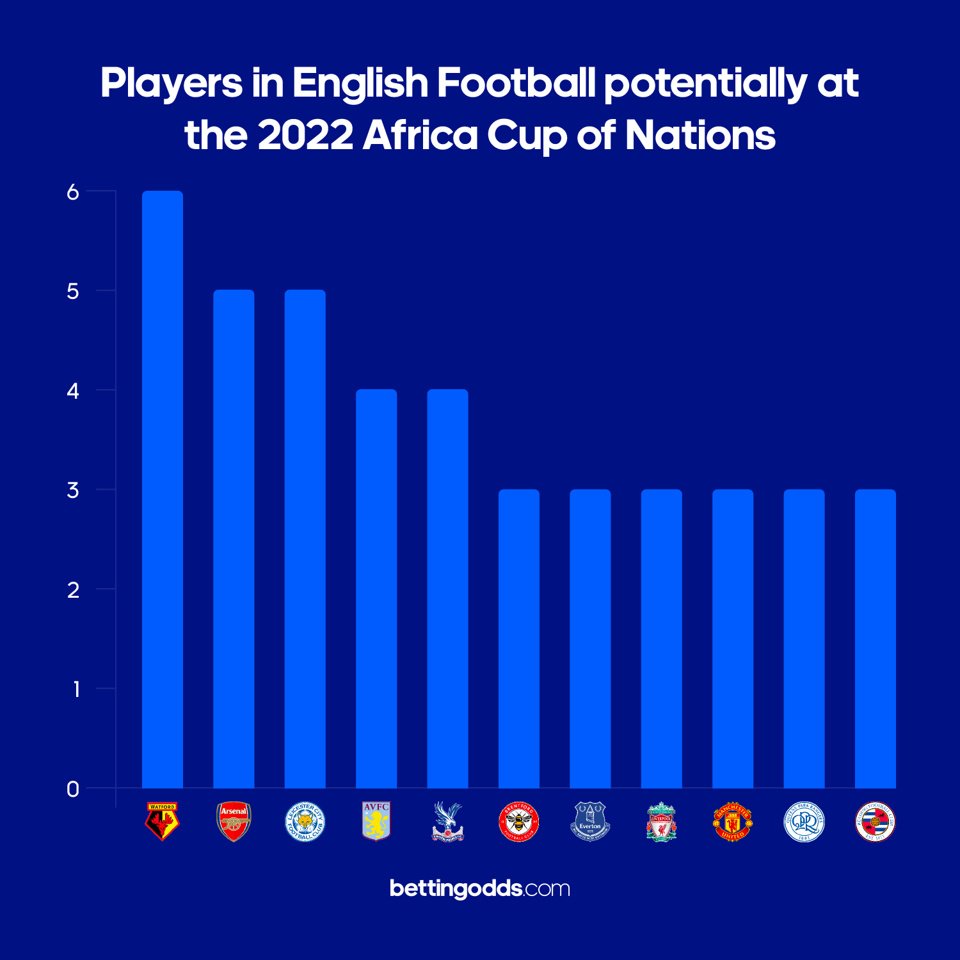 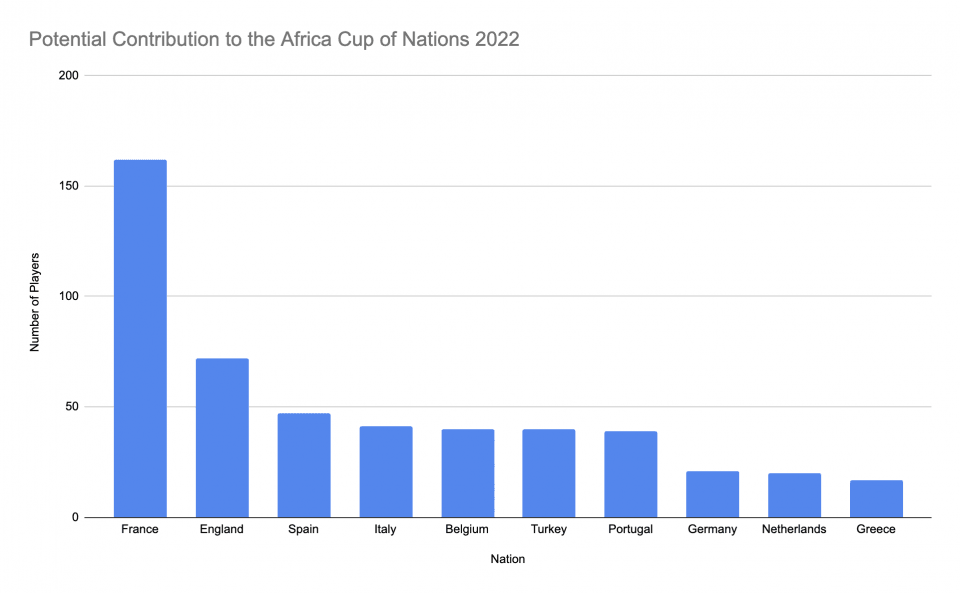