Wales vs Belgium Tips: Get behind Moore to pick up a booking 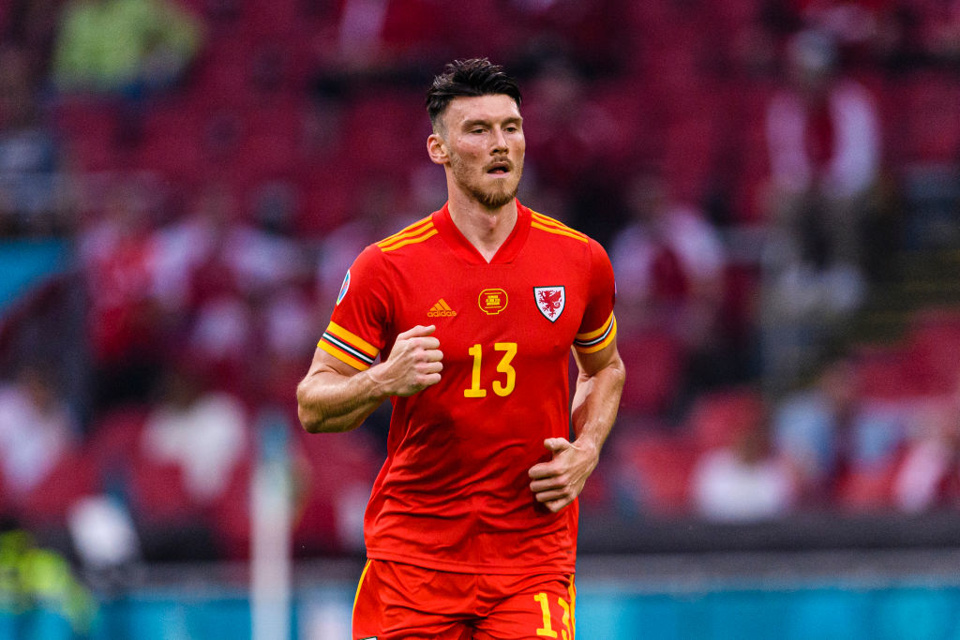 Kieffer Moore has nine bookings in 16 starts for Wales including four in his last five
By Joshua Jones
10:49 Tuesday 16th November 2021 - 5 minute read

Wales head into Tuesday’s fixture safe in the knowledge that they’ve already secured a place in the play-offs and all they have to do for a chance of securing a seeded spot is avoid defeat. The Dragons have already guaranteed an opportunity to qualify for the World Cup as one of the best Nations League winners under UEFA’s new qualifying scheme but now have a chance to increase their odds by being seeded, though I imagine they’d be a lot happier if it wasn’t against the world’s number one ranked side.

With six wins in seven games and 24 goals scored, Belgium barely broke a sweat as they qualified for the competition in Qatar at an absolute canter. Roberto Martinez’s side secured their place as Group E winners with a comfortable 3-1 dismantling of Estonia at the King Baudouin Stadium on Saturday, securing themselves a flawless home record in qualification.They head to Cardiff with nothing really to play for, whilst the home side know there’s a slim chance they end up unseeded in the play-offs. They are three points ahead of the Czech Republic (who host Estonia), with a two-goal better goal difference and the head-to-head in their favour after a 1-0 home win back in March.

Here are the permutations;

In any case, it’s better for Wales to just avoid defeat against a side with nothing to play for than hope someone else with nothing to play for does them a favour. Their record at the Cardiff City Stadium suggests they’re more than capable, with two wins and a draw in their three group games so far, as does the fact they’ve lost just one of their last 18 qualifying games on home soil.

Wales have scored 11 goals in their five matches since the European Championships, and it’s been familiar faces delivering the goods for them in that time - with Gareth Bale and Aaron Ramsey either scoring or assisting seven of those 11 goals. The duo were among the four players that started that Euro 2016 quarter-final to feature in Saturday’s 5-1 win over Belarus, and will be desperate to lead their side to a first World Cup since 1958. However, they’ll have to do it without the help of Chelsea’s Ethan Ampadu whose booking in that victory sees him suspended for this match, where he’ll likely be replaced at full-back by Bournemouth’s Chris Mepham. Elsewhere, Kieffer Moore is available for selection once again following his suspension - which gives Rob Page a difficult choice to make after Gareth Bale and Dan James were so successful leading the line.

For the visitors there are no injury concerns or suspensions, though the expectation is that Roberto Martinez will rest some of his key players - or risk the fury of their club sides should they get injured. He has already sent goalkeeper Thibaut Courtois back to Madrid, while the services of star players like Eden Hazard and Kevin De Bruyne shouldn’t be necessary, which should give an opportunity for some of their more inexperienced players to feature.

Club Brugge duo Hans Vanaken and Charles de Keteleare will be pushing to feature from the off, as the former has done recently, whilst AC Milan’s Alexis Saelemaekers will look to build on his 27-minute cameo last time out. Premier League trio Albert Sambi Lokonga (Arsenal), Leandro Trossard (Brighton), and Leander Dendoncker (Wolves) will be hopeful of featuring in some capacity too after remaining on the bench in Bruges.

Let me start this by saying, I probably wouldn’t back this if Mepham started in a back three. Similar to Hysaj on Friday, I like this if he starts at right-back - where he’s a lot less comfortable.

Page has employed a traditional back-four recently, and Mepham has filled in at centre-back, but in Ampadu’s absence a start for Mepham would likely come on the right of the four.

Despite avoiding a card so far in the qualifiers, he’s played full-back five times for club side Bournemouth this season, and has picked up three bookings in those games. He’s also made the 2nd most fouls of any Wales player in the group stages.

Unlike compatriot Mepham, Kieffer Moore has not managed to avoid a card in the qualifiers. In fact, the Cardiff City striker has made a habit of picking them up for his National side.

He’s picked up nine bookings despite starting just 16 times for the Dragons, with four of those coming in his last five. If he starts this game, 5/1 feels like a daft price.

Not much explaining to do here, if they both start we’re certainly in with a chance.

The referee for this one is Portuguese official Artur Soares Dias, who hasn’t been shy with the whistle this season. In his five domestic games; he has dished out 34 yellows, two reds and given five penalties - averaging 7.2 cards per game across those matches.