Wales vs. Netherlands Predictions: Back Depay to get on the scoresheet 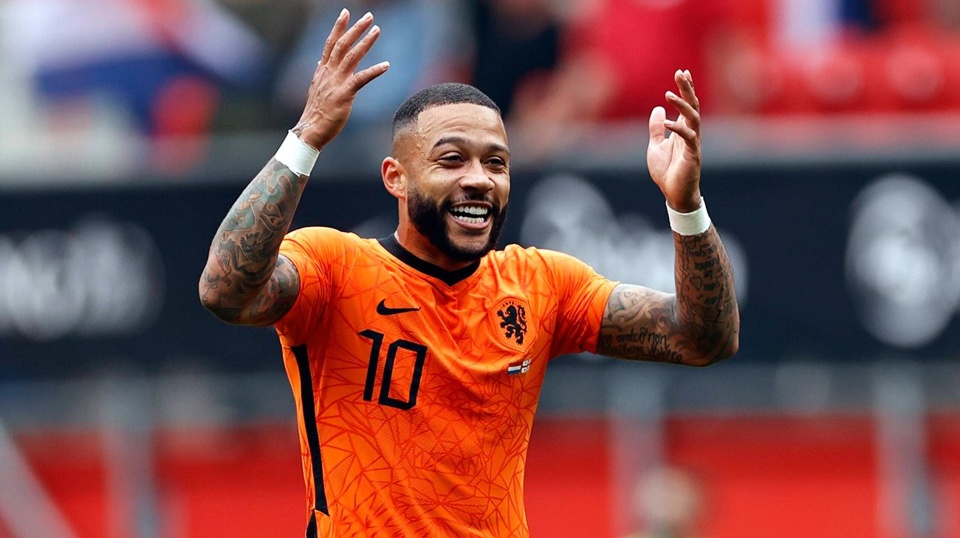 Memphis Depay has 13 goals in his last nine Internationals and features in our selections
By Anthony Eadson
14:34 Tuesday 7th June 2022 - 4 minute read

After reaching their first World Cup since 1958 by beating the Ukraine on Sunday, Wales now face the Netherlands in the UEFA Nations League. This League A Group 4 game will be played in Cardiff and here at BettingOdds.com we’ve previewed the action and provided you with our best bets. After two winners from two picks in our Belgium vs Netherlands last Friday, we’ll be hoping for more of the same in this second round of group matches.

There was a party atmosphere in the Welsh capital on Sunday evening, but Wales must now turn their attention to the Nations League. The Dragons have a good record in this competition after being promoted from Group B and have lost just one of their last 19 matches at home in all formats.

Wholesale changes are expected by Rob Page after a busy couple of weeks. Harry Wilson, Sorba Thomas, and Rabbi Matondo will all be hoping for gametime Brennan Johnson may also feature from the off after a good showing when he was introduced off the bench at the weekend.

The Netherlands put in a ruthless performance when thrashing Belgium 4-1 in their own backyard on Friday evening. Memphis Depay was on the scoresheet twice and is expected to continue in attack along with Steven Bergwijin. Virgil van Dijk was only scheduled to play the first game of this tournament before going on his summer holiday, so Matthijs de Ligt is expected to come into the Dutch defence.

We are kicking off our selections for this one with Netherlands to win and Memphis Depay to score at 17/10 with bet365. This will be Wales' third game in seven days and plenty of changes to their line-up on Sunday are expected. There has already been quite a shift in the odds for the visitors to win this game over the last few days, with 4/9 on offer at the time of writing with some firms.

Having the Netherlands on side against an inexperienced Wales seems like the wise play here. The Oranje put in a merciless showing against Belgium in their Nations League opener five days ago and it would be no surprise to see them give a bit of a reality check to Wales here. Louis van Gaal has close to a full strength squad for this game and with his side currently being ten unbeaten, we fancy them to get the job done in Cardiff.

We’ll also be including Memphis Depay to score in our first bet on this match, which takes the price up to a very backable 17/10. The Dutchman let off six shots against Belgium on Friday, with two of those resulting in goals. In his last nine Internationals he has scored 13 goals, bagging himself a brace on four occasions as well as a hat-trick against Turkey. It’s been rumoured that Depay may be leaving Barcelona this summer and these Nations League matches are a good chance for him to put his services in the shop-window for all to see.

Here at BettingOdds.com we correctly tipped Denzel Dumfries to get himself on the scoresheet against Belgium at 9/1 and we are going with the same again for this game in Wales. We’ve already spoken about the weakened side that is expected to be fielded by Rob Page at the Millenium Stadium and we think this could be a good opportunity for the Netherlands to rack up the goals.

Bet365 go 15/2 for Dumfries to score on Wednesday, which is a price we still think holds value, considering it’s only just shorter than the 9/1 on Friday, but this time against a lower quality of opponent. The attacking minded wing-back scored five goals in 21 starts for Inter Milan this season and now has four goals in his last 11 competitive starts for his country!