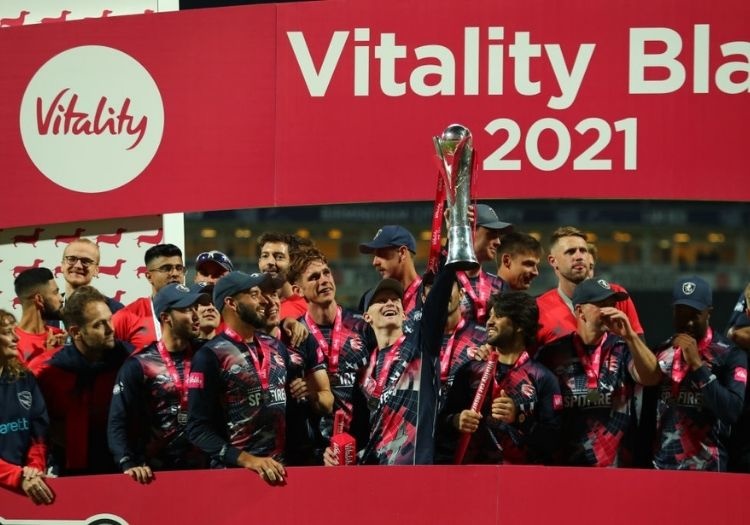 Wednesday 25th May sees the return of the domestic T20 competition known as the Vitality Blast and our resident cricket guru Adam Roberts has all the info you need for this exciting competition.

He is red hot right now: following on from his successful predictions of BBL winners Perth Scorchers and PSL winners Lahore Qalanders, he also tipped up the Lucknow Super Giants and their captain KL Rahul in his IPL preview which both look like paying out at least a place. We've asked him to preview the Blast and give us his best bets for this annual slog-fest!

What is the Vitality Blast?

The 2022 Vitality Blast will be the 20th edition of the England and Wales Cricket Board annual Twenty20 competition, that was started in 2003. It has been known as several different names over the years but has been sponsored by Vitality since 2018, when it adopted it's current moniker. It's very existence has come under threat recently, with the introduction of the new franchise Hundred competition.

When does the competition take place and where can I watch it?

The Vitality Blast 2022 runs from the 25th May right through to the final which is due to take place on the 16th July. Selected Blast games will be shown live and exclusively in the UK by Sky Sports.

What is the Format?

The Vitality Blast is split into two regional groups, North and South

Each team will play 14 games, seven at home and seven away. At the end of the group stage the top four from each section qualify for the quarter-finals. The semi-finals and finals are all played on the same "Finals Day" which is held at Edgbaston on the 16th July.

Who are we likely to see in the Vitality Blast?

Unlike the Hundred Franchise or the other global T20 Franchise leagues, most Counties pick from their existing squads for their blast sides. There are a few exceptions however. We've listed the star overseas players for each county below:

With no player props available at the time of writing, I have chosen two sides who I think will make it to finals day.

I've discounted the two giants of the north, Lancashire and Yorkshire, because as per usual, their main players will be playing for England throughout the summer.  Nottinghamshire look a fearsome prospect with Alex Hales, Samit Patel, Ben Duckett and the death bowling of James Pattinson. As do Somerset with the likes of Tom Banton, Peter Siddle and Marchant De Lange but it's Sussex Sharks that are my first pick.

The Sharks reached their second finals day in four years last season and I'm predicting them to do so again this time. As well as the veterans Ravi Bopara, Luke Wright and Tymal Mills, Sussex have proper game changing overseas players in Josh Philippe, Mohammad Rizwan, Tim Seifert and especially the enigmatic Rashid Khan. Anyone who is a regular reader of my articles will know how much I rate the Afghani spin wizard and he is causing havoc again in the IPL this season.

The 9/1 on offer at BetVictor looks superb value, when compared to the 6/1 at Paddy Power.

The second pick is for the slightly longer odds Hampshire Hawks. The Hawks have a decent record in this competition, reaching six straight finals days from 2010 onwards, as well as in 2017 and 2021. Skipper James Vince is a superb batter at T20 level, as well as an astute captain and in Ben McDermott, they have one of the form T20 batters in the world. After top scoring in the Big Bash for the Hobart Hurricanes, the 27-year-old Aussie will showcase his talents in the T20 blast.

The 14/1 on offer at various bookmakers is a price I just can't turn down.

England vs. New Zealand Third Test Odds as BettingOdds.com provide a Preview and offer their Predictions and Player…

Netherlands vs. England third ODI Odds: Salt to shake up the Dutch again

Netherlands vs. England third ODI Odds as BettingOdds.com provide a Preview and offer their Predictions and Player…

Netherlands vs. England First ODI Odds as BettingOdds.com provide a Preview and offer their Predictions and Player…

England vs. New Zealand Second Test Odds: England to win two in a row and the series

England vs. New Zealand Second Test Odds as BettingOdds.com provide a Preview and offer their Predictions and…

England vs. New Zealand First Test Odds: Bet on bowlers to be on top

England vs. New Zealand First Test Odds as BettingOdds.com provide a Preview and offer their Predictions and Player…