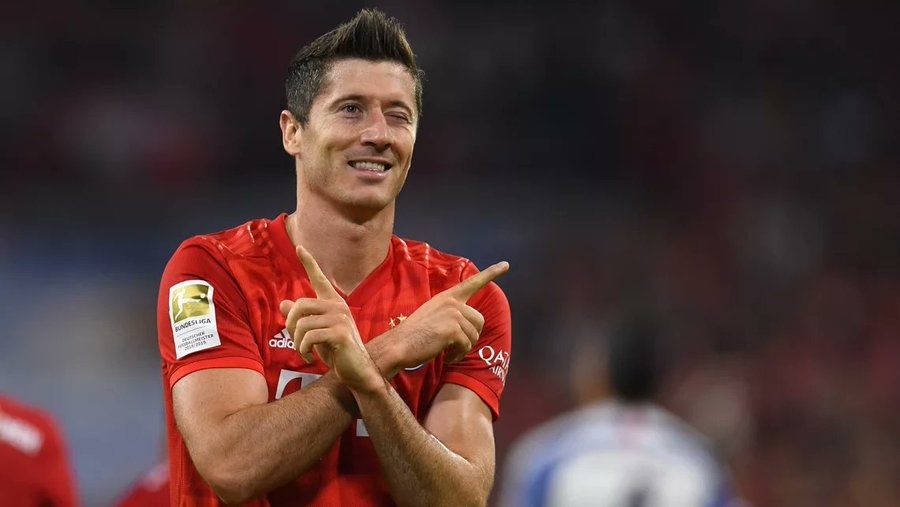 Bayern are big favourites to resume the Bundesliga season in style.
By Charlie Zazzera
10:53 Friday 15th May 2020 - 3 minute read

The Bundesliga is back and here at BettingOdds.com we’re relishing the chance to feast on some football with our three tips. A short priced selection, a 6/1+ fancy, great for a £5 bet and a longshot to arouse punters.

On the second day of football being back we’re sinking our teeth into today’s big Bundesliga game between surprise package Union Berlin and the formidable Bayern Munich. It’s the second live game of the day which you can watch on BT Sport 1 at 5pm UK time.

The overachieving, newly-promoted Berlin side are a huge 16/1 shot, but without their cult, raucous fans Bayern’s quality should be enough to extend their lead at the top. There’s no value in Bayern so we’ve got you three tips to tickle your tastebuds. A Shot On Target (SOT) selection priced at 12/5, and two Same Game Multi's - one at 6/1 and one at 50/1.

Number one rule in picking your shots on target bets, wait until the starting 11 is announced! We don’t have that luxury so are banking on a Bayern baller whose name is always on the team sheet when available. The Austrian has the joint-third most SOTs this season of any defender in the Bundesliga and the free-kick specialist could get some sighters against a penned in Union. The 27 year old looks tremendous value at 12/5, a 29.4% chance of landing according to the bookies and a £10 bet would return £34, a lovely way to round off a weekend of betting.

Three cheers for the birthday boy 🍾

The wily Thomas Muller has amassed 116 Bundesliga goals as a non-striker and has been involved in 22 league goals this season, an incredible record and one we can’t ignore. Hatchet man Robert Andrich has been booked once every three games for Berlin this season and facing the best players in the league we fancy him to be cautioned. Compared with the 5/2 you get a Bet365 this 6/1 shot looks a delightful double.

Serge Gnabry to score anytime, Benjamin Pavard shot on target and Christopher Trimmel to be carded at 46/1 - Betfair

Now to get excited with the longshot! Serge Gnabry has been a revelation this season and has four goals in his last four games in the Bundesliga, he goes straight into the same game multi. Christopher Trimmel has the tough task of containing Gnabry and with five yellows to his name this season already we like the look of him to be booked at 12/5. You’ll remember Pavard for his 2018 World Cup worldie and this season he has had four shots on goal, three of which were on target and scoring with two of them. At 9/2 for a SOT, he makes the longshot. £5 on all three to happen could return £223.19, thank us later.

There’s your three tips for Union Berlin vs Bayern, sit back, enjoy the return of football and good luck.

Football may-be back but don’t feel like you’re obliged to have a bet for the sake of it. Betting should be fun, don’t let it turn into something it’s not. Be Gamble Aware and bet responsibly.

*All stats from Fox Sports