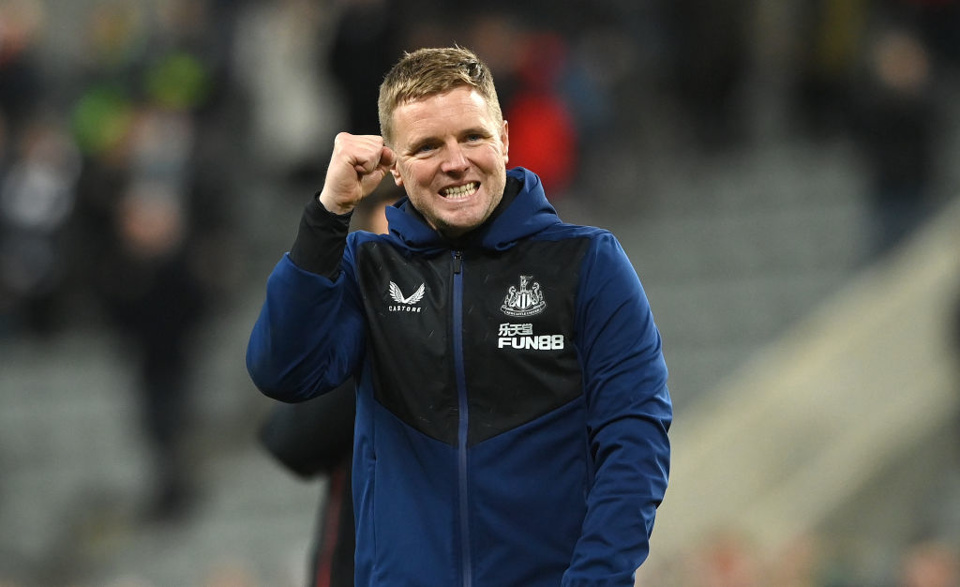 You have to go all the way back to 1955 to see when Newcastle last won a domestic cup - the FA Cup - but under manager Eddie Howe the Toon have enjoyed a fine start to the new season, raising hopes that the rejuvenated club can end their long wait for silverware.

Newcastle enter the Carabao Cup at the second round stage on Wednesday night, travelling to League Two outfit Tranmere, in a match that will be screened live on Sky Sports Main Event at 7.45pm.

As always, BettingOdds.com has covered the clash, picking out two bets...

Eddie Howe will be keen to keep the momentum bubbling ahead of the Wolves clash, however he is expected to ring the changes for the mid-week trip to Tranmere. Striker Callum Wilson is unlikely to be risked after he was sent for a scan on his hamstring, meaning Chris Wood could make his first start of the season.

As for Tranmere, Micky Mellon’s side have won just one of their five fourth-tier matches this term, although they did overcome League One Accrington 12-11 on penalties in the first round of the Carabao Cup following a 1-1 draw in normal time.

Tranmere are priced at 14/1 to stun their top-flight opponents in 90 minutes, Newcastle are a short-price for the win in normal time at 1/4, whereas a draw can be backed at 28/5.

Not many teams fire three goals past Man City, but that’s exactly what Newcastle did on Sunday in a pulsating game which they were unfortunate not to win, having been 3-1 up.

While boss Howe will now make changes for Tranmere, we still expect his troops to record a comfortable victory against a side that are 17th in League Two with one win from five games this season.

Newcastle are unsurprisingly a slim price at 1/4, however there could be value to be had at a boosted 11/4 - from 5/2 - for the Premier League club to win and both teams to score. Goals are on the cards for the visitors who have scored five times in three games, as the likes of Chris Wood - more on him in a moment - will be chomping at the bit to impress Howe.

Meanwhile, Tranmere have scored in four of their six league and cup matches this season, while two of their league defeats have been by a 2-1 scoreline. With Sky’s TV cameras in town the hosts will be eager to put on a show, and roared on by a sell-out crowd I expect them to give their supporters something to cheer about.

It’s fair to say that in terms of goals, Chris Wood has yet to really make his mark at Newcastle since his January switch from Burnley, scoring just twice in 20 appearances. However, Wednesday’s cup clash against Tranmere could provide the New Zealander with an ideal opportunity to open his account for the 2022/23 season.

The striker has been restricted to brief cameos from the bench so far this term, but with Howe likely to switch things up, Wood will be one of the fringe players expected to get a run out against the League Two opposition. He won't be happy at losing his place in Howe's first-11 meaning he'll be gunning to make the most of this opportunity in order to force his way back into Howe's plans.

The 30-year-old can draw on a decent goalscoring record in domestic cups, having netted 14 times in 36 games including nine in the League Cup. He should find himself in a number of scoring positions on Wednesday and can be backed at a best-priced 13/10 with bet365 to find the back of the net at Prenton Park.