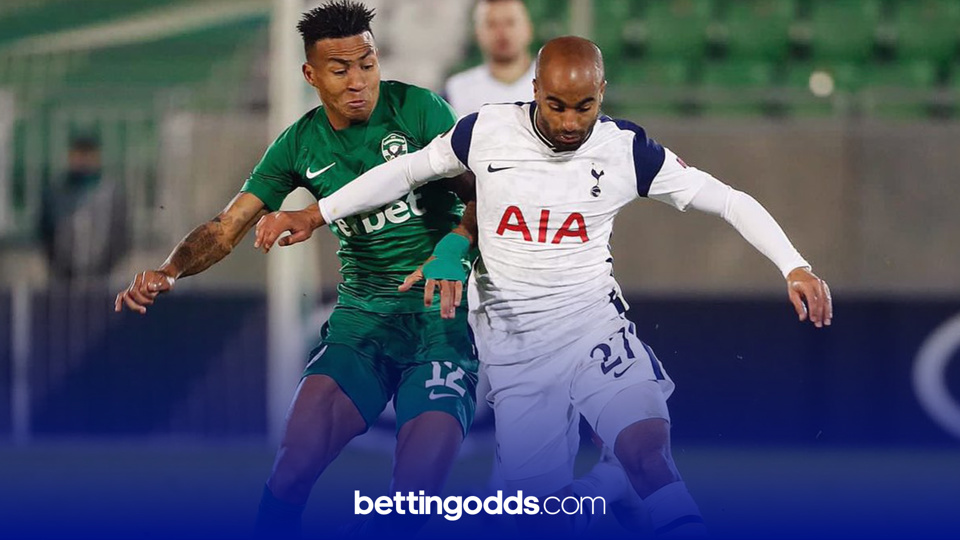 Tottenham v Southampton Tips: Lucas is 8/1 to be crowned Man of the Match
By JimmyThePunt
09:57 Wednesday 21st April 2021 - 4 minute read

Amidst all the thundering speculation of the proposed Super League, the Premier League continues to rumble along. Tuesday nights action commences in a stormy North London as Tottenham welcome Southampton.

Jose Mourinho’s coily timed departure has cleared the way for Ryan Mason to take temporary charge of Spurs until the end of the season. The sides’ former midfielder was forced to retire at 29 following a serious head injury but will make a premature return to the dug out alongside Chris Powell tomorrow evening. Whilst it is difficult to second guess exactly what starting XI the duo will deploy there speculation that Dele Alli and Harry Winks could be brought in from the cold.

The visitors have Takumi Minamino back available here and the Liverpool loanee is expected to start on the right hand side of midfield at the expense of Moussa Djenpo. Elsewhere, it is unclear who will partner Danny Ings uptop. Nathan Redmond started the Saints cup semi-final game vs Leicester but barely lasted an hour meaning Che Adams could be favoured here.

Odds wise, the hosts are the clear favourites here priced at 4/5. The Saints are available at around 10/3 giving them an implied probability of victory of 23%, however, they have only won 6% of their games when priced accordingly!

Stuart Armstrong has never been shy when it comes to taking aim but the Scottish international has really ramped it up recently. This is best illustrated by the fact that he has only failed to register at least a shot once this year and that came in The Saints 9-0 drubbing to Manchester United, a defeat that they had to endure with just ten men for the majority of the match.

Since that thumping at Old Trafford, Armstrong has racked up 19 shots in eight EPL games, meeting this line of three in both of his most recent starts and I fancy he could make it three in three in the capital. Despite being dubbed a master of defence - and the parker of the bus - Spurs’ predecessor Jose Mourinho did not manage to build from the back during his limited time there. In the EPL, Spurs conceded an average of 12.7 shots per game and a staggering 51 in their three most recent top flight bouts. Even with new man Mason in charge here, he has not had the time to build a sturdy foundation. Therefore, I think Armstrong could meet this line of three at a nice price.

In a star studded attack featuring the likes of Gareth Bale, Harry Kane and Son Heung-min, Lucas Moura sometimes falls under the radar. However, the South American has been in fine fettle as of late. In his last seven starts, the Brazilian winger has found the net twice and assisted his team mates thrice as he has collected three WhoScored Man of the Matches in the process. Only one Tottenham player has received the accolade more times!

Contrary to the MOTM markets available elsewhere, WhoScored’s MOTM is not a matter of opinion but a composite of statistics, therefore, it is not based on opinion but fact. It takes into account goals, assists, pass completion rate and tackles completed amongst others.

Although there is some uncertainty surrounding the host XI, if Moura does get the nod from the off, this is certainly a play given main man - and 12-time winner of this award - Harry Kane.

Prior to their FA Cup semi-final exit, Armstrong had registered at least one shot on target in all of the Saints' previous four games. He tested the keeper with 50% of the 14 shots he struck as this bet landed in two of these games.

Harry Winks is a man that might get brought back in. He registered at least one shot in 78% of his most recent nine starts as a shot on target landed in four. If Mason does put his trust in Winks, you’d expect the academy graduate will be keen to restore the favour and is more than capable of sizing one up from range.

Using Betfair’s ‘Same Game Multi’ feature you can combine these selections at odds of 60/1. Best of luck if you are backing any of joining me with any of these and please remember to gamble responsibly.