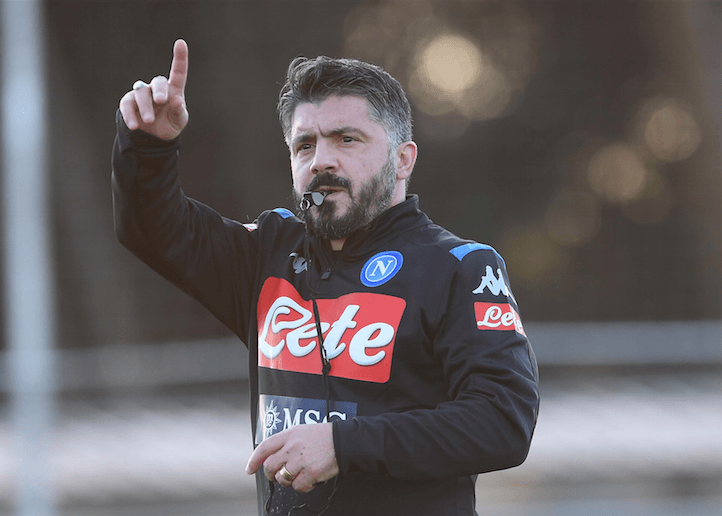 You just couldn’t make it up.

Tottenham’s search for a new manager has hit yet another roadblock as their bid to appoint Paulo Fonseca looks to be off due to financial reasons, according to Sky Sports in Italy.

An appointment was expected this week, however the latest shock news means that Spurs will now have to look elsewhere for a new boss as they desperately attempt to find a replacement for Jose Mourinho, with Gennaro Gattuso reportedly a surprise name in the frame.

Gattuso is suddenly available for hire after leaving Fiorentina today (Thursday) after all of 23 days. The Italian didn’t even manage a single game.

The former Napoli boss fell out with Fiorentina over transfer budget and the type of players he wanted to sign this summer.

However, he could potentially now skyrocket back into a job if the latest dose of rumours are to be believed.

"Gennaro Gattuso is now the favourite for the job."

Here's the latest on #THFC's search for a new manager after talks with Paulo Fonseca broke down...😳⬇ https://t.co/CFwkpJky9k

The Italian, who has previously been linked with Newcastle, is now the favourite for the Spurs post - according to Betfair - while Fonseca has drifted in the betting.

Gattuso had a lacklustre start to his managerial career, lasting 12, eight, and 17 games respectively at Swiss side Sion, Serie B outfit Palermo, and OFI Crete in Greece.

He initially enjoyed far more success at Pisa, whom he led into Serie B, but then suffered relegation the following season, despite having the best defensive record in the division.

A spell in charge of Milan’s youth team followed, before he was upgraded into the first team job. Milan came 6th and 5th under his watch, while they finished runners-up in the Coppa Italia final.

However, that was a competition he went on to win with Napoli (2020), where he replaced Carlo Ancelotti in 2019 and spent a season-and-a-half in charge; he departed this summer after missing out on a top-four finish.

After his blink-and-you’ll-miss-it spell at Fiorentina, could he now be set for the Premier League?