Tottenham vs. Arsenal Betting Tips: Back Kane to score in North London derby 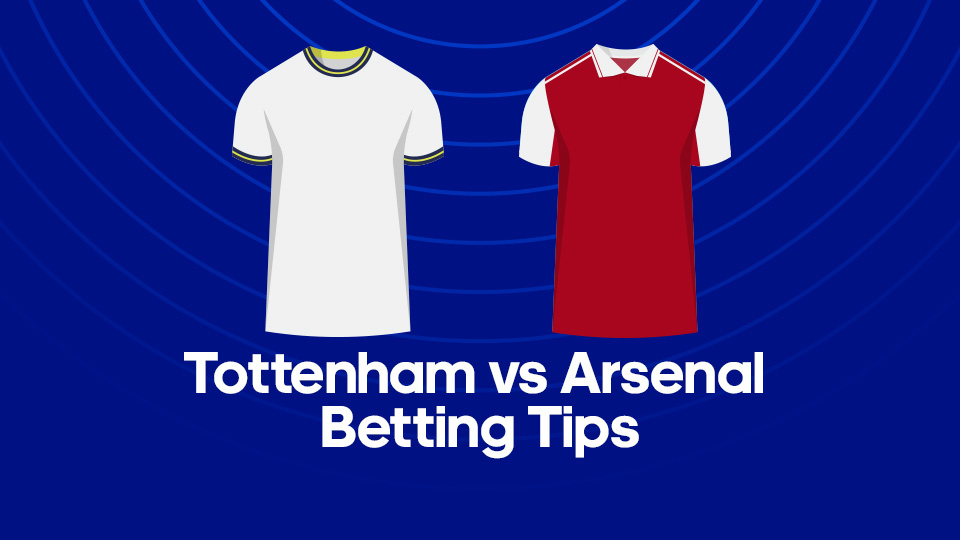 Live on Sky Sports, Tottenham host bitter rivals Arsenal in this North London Derby in the Premier League at the Tottenham Hotspur Stadium this Sunday.

The hosts sit 5th in the league table, just two points behind Manchester United who are in a Champions League spot. Since returning from the World Cup break, Conte’s men have drawn against Brentford, lost to Aston Villa at home, and then beaten Crystal Palace 4-0 away from home.

However, history has shown us that in these North London derbies, form can sometimes go out of the window. Spurs have a dominant home record against their rivals Arsenal, having gone unbeaten against them in their last eight head to head meetings at their own patch.

As for Arteta’s men, they sit top of the table with 44 points and are now unbeaten in their last 11 league games. They are five points clear of Manchester City and are well and truly fighting for the title. This is one of the most important North London derbies in recent history as Tottenham would love to take points off Arsenal to dent their chances of clinching the title and boost their own chances of getting a Champions League spot.

It is expected to be a fiercely contested game which will be extremely hard to call so I will be steering clear of result based bets in my preview. A mouth-watering derby awaits us, and as usual I have you covered with two of my best betting angles below:

Lucas Moura is out for Tottenham while Bentancur, Richarlison, Bissouma & Kulusevski are doubtful.

Gabriel Jesus & Reiss Nelson are out for Arsenal.

- Over 0 cards in the 2nd half for Tottenham

- Over 0 cards in the 2nd half for Arsenal

- Thomas Partey Over 0.5 tackles in the match

- Harry Kane Over 0.5 shots in the match

This is a fierce North London Derby of huge significance as Tottenham push for the Champions League spots while Arsenal fight for the premier league title.

Games between these two sides are always heated with high card counts. With a card-happy referee David Coote in charge who averages close to 4.5 cards per game, I expect a lot of cards to be dished out specially in the second half with both teams desperate to get a result.

Thomas Partey averages 2.1 tackles per game in the league for Arsenal and has had at least 1 tackle in 100% of his premier league games so far this season (14/14).

As for the final selection, Harry Kane averages 3.6 shots per game in the league for Tottenham and has had at least one shot in 100% of his premier league games so far this season (18/18). Combining these 4 selections gives us a solid bet builder @ 4/5 and I am happy to stake 1pt on that as our main bet for this game.

Harry Kane is the second top scorer in the league with 15 goals in 18 appearances. He is in supreme goalscoring form having scored five goals in his last five league appearances. Since returning from the World Cup, Kane has scored three goals in three league appearances and also scored Tottenham’s winner against Portsmouth in the FA Cup 3rd round. He is leading goal scorer in North London derbies with 14 goals and also scored in the reverse leg at the Emirates stadium earlier this season.

Gabriel is Arsenal’s joint 2nd most booked player with three yellow cards to his name with two of those coming in his last four premier league appearances. He is an aggressive defender and with the added motivation of a North London Derby, I can see him putting in a reckless challenge to pick up a booking. Combining these two selections gives us a cracking longshot @ 9/1 and I am happy to stake a small 0.25pt on that as our second bet for this game.