England have five wins from five games at the summit of 2022 World Cup qualification Group I after Gareth Southgate’s side secured a comfortable 4-0 victory over Andorra on Sunday.

17 goals have been scored and just the one conceded ahead of Wednesday’s clash against Poland who are five points behind in second spot.

Sam Allardyce may boast the best win percentage of any England manager - insert rolled eyes emoji - but which managers have won the most matches on the England touchline?

Below, we've ranked the top-five, featuring incumbent Southgate who currently has 41 wins on the board...

The 2002 World Cup saw England lose 2-1 to eventual winners Brazil, a game which featured Ronaldinho’s infamous lob over David Seaman. England were then agonisingly beaten on penalties by Portugal at both Euro 2004 and the 2006 World Cup.

In total, Eriksson accumulated 40 wins from 67 matches; the most famous of which was the spectacular 5-1 win in Germany (see below). He went on to manage the likes of Man City and Leicester while his last spell was in charge of the ​​Philippines national team between 2018 and 2019.

England’s win over Andorra meant that Gareth Southgate pulled clear of Sven as he collected the 41st win of his Three Lions tenure, from a total of 63 matches.

Southgate originally replaced Sam Allardyce on a caretaker basis in 2016, before he secured the permanent post.

He reinvigorated a nation en-route to the semi-finals of the 2018 World Cup, then propelled England to the Euro 2020 final where they heartbreakingly lost on penalties. 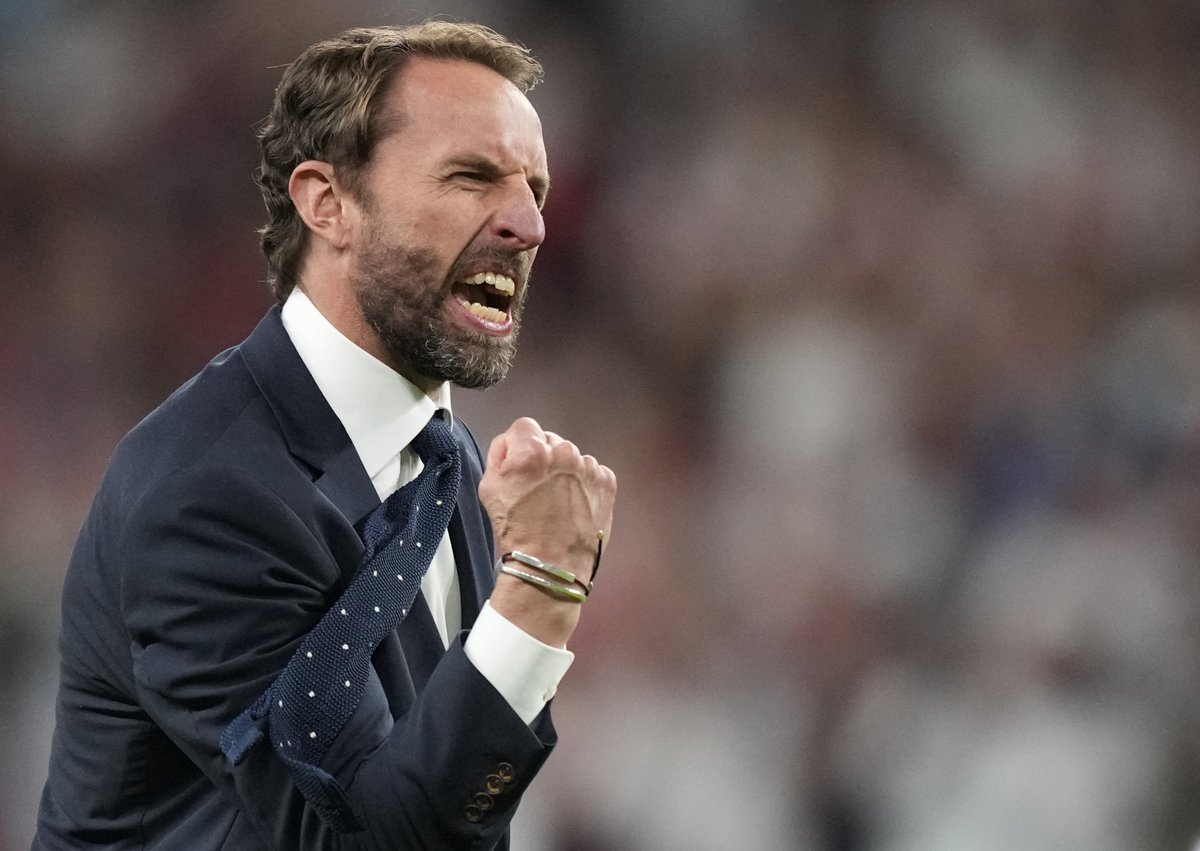 Gareth Southgate wants to remain in charge of England for the 2022 World Cup.

There will be disappointment today, but that is a very impressive record 👏

Robson succeeded Ron Greenwood in the aftermath of the 1982 World Cup.

Robson initially came under-fire after England failed to qualify for Euro 1984. In fact, he offered his resignation, which was rejected.

England went on to reach the quarter-finals of the 1986 where they lost 2-0 to Argentina in one of the most famous - or infamous, depending on your viewpoint - international matches of all time as it not only featured Diego Maradona’s controversial Hand of God goal but his simply stunning Goal of the Century.

England suffered an early group stage exit at Euro 1988, but Robson bounced back to take his country to the semi-finals of the 1990 World Cup where Gazza and co lost to West Germany on penalties.

In at No.2 we have the most famous England manager of all time: Sir Alf Ramsey, who accrued 69 wins from 113 games in charge.

England previously failed to make it to the 1964 Euros, they finished third - of four teams - at the 1968 Euros, lost to West Germany at the 1970 World Cup after being 2-0 up in the quarter-finals, and the same opposition prevented Ramsey’s men from qualifying for the 1972 Euros.

A subsequent failure to qualify for the 1974 World Cup then cost Ramsey his job.

England’s first, youngest, and longest serving manager was appointed in 1946 and went on to spend 16 years in charge, winning a record 78 of his 139 matches.

The former PE Teacher and Royal Air Force wing commander had the dual role of first team manager and director of coaching. Walter Winterbottom was hindered by being at the mercy of a selection committee yet his coaching ability, methods, and innovations saw him become one of the most influential men in modern English football; inspiring a host of future managers including England bosses Ron Greenwood and Bobby Robson.

His tally of 78 wins is going to be pretty difficult to beat!