Thursday Football Tips: Back Ronaldo to score & be carded at Old Trafford 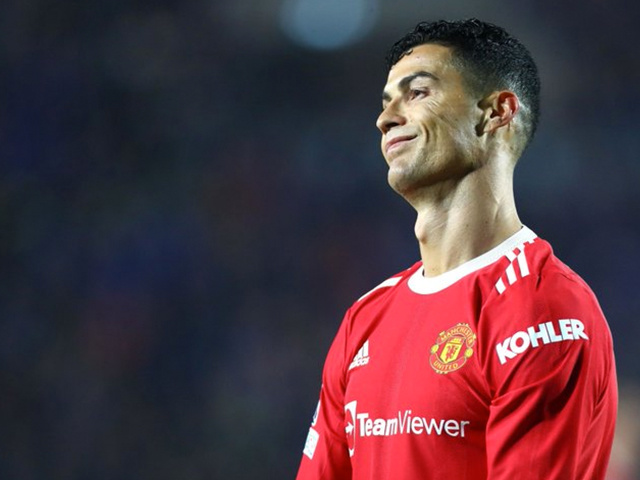 It’s a huge night of football on Thursday in the Europa League and the Europa Conference League with the sem-final stage getting under way. Leicester, Rangers, and West Ham are all in action, however there’s one Premier League game that takes place with Manchester United hosting Chelsea.

We’ve asked our man @AnthonyEadson to provide us with his best Bet Builder tips for the evening and he’s picked out a double he likes from Old Trafford. At the time of writing this is available at a boosted 10/1 with Paddy Power and can be added directly to your betslip by clicking the link below.

Manchester United’s hopes of a top-four finish were all but crushed in London on Saturday as they went down 3-1 to Arsenal. United are now as big as 150/1 to qualify for the Champions League next year and they face another tough game against Chelsea this evening.

The bet I’ve opted for here is Cristiano Ronaldo to score and be carded, which is a common one with ‘Betting-Twitter’ this season. Paddy Power have 10/1 available on this double through the link above which looks to be the top price available at the time of writing.

Since making his return to the Premier League, Ronaldo has made 24 appearances for Manchester United scoring 16 goals, as well as a further six goals in the Champions League. There’s no denying Ronaldo still has the hunger to eat at the very top table in world football and I fancy him to score against a Chelsea side that have been far from consistent of late.

As well as backing Ronaldo to score I’ll also be backing him to be carded and his disciplinary record over the course of the campaign makes for interesting reading. In the league this season Ronaldo has been shown seven yellow cards and six of those have come in matches where Manchester United have dropped points!

This gives the indication that when things are not going well for his side, Ronaldo’s tendency to pick up a card rises. I’ve listed the games in which Ronaldo has been carded in the league below.

This was most recently on display at Arsenal on Saturday with the 37-year-old scoring and picking up a yellow card from referee Craig Pawson. That was the third time for club and country that the double had landed this season and I see no reason why it can’t again, especially with Mike Dean in charge.

Dean ranked in the top three officials for yellows per game shown in three of the last four seasons and although he hasn’t been quite as generous when it comes to handing out cards this term, I still believe he’s one of the better officials to rack up the bookings.

Furthermore, Ronaldo was shown a yellow card in the reverse fixture this season back in November despite only coming off the substitutes bench for the last 27 minutes of the game. All things considered I’m happy to have a half-point play here at 10/1. Good luck to anyone following on Thursday.