The Manchester United - Jadon Sancho Transfer Saga according to the odds 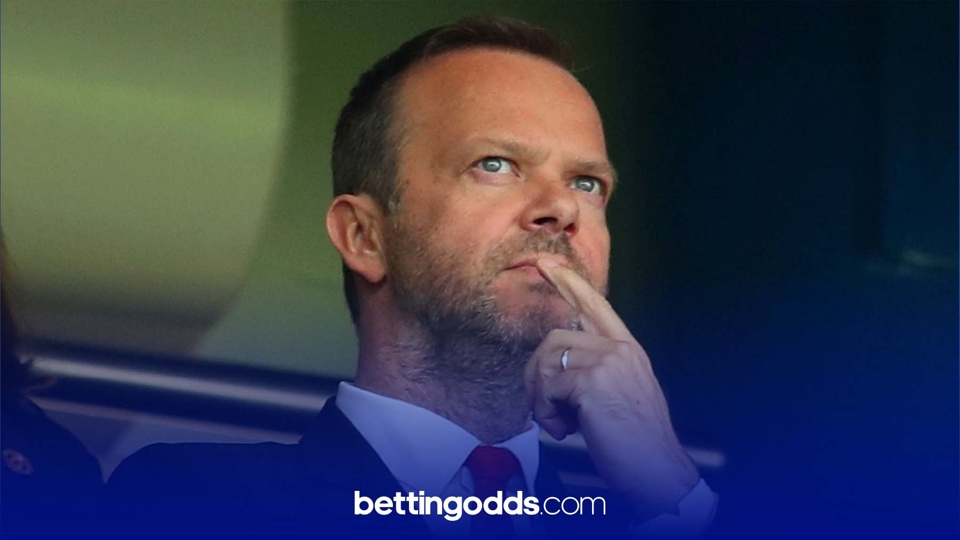 United have failed all summer long to complete a deal for the England international
By Charlie Zazzera
18:15 Friday 2nd October 2020 - 3 minute read

Sky Sports’ transfer countdown is frantically ticking down ahead of Monday’s international deadline and Manchester United Twitter has gone into hysteria about the club not completing the transfer of long-term target Jadon Sancho. United identified the England International as their main target back in February, eight months ago, and with three days to go until the window shuts, they still show no signs of completing the deal. We’ve had a look at how the odds have changed in those eight months and give our verdict on where the value lies, if there is any.

When the market opened back in March, the bookies gave United just a 25% chance of signing Sancho. However after the news broke and more and more credible sources started coming forward stating the club and player would both be interested in a deal, the odds started dwindling and went to as short as 1/7 in August, an 87% chance of happening. This sent United fanboys around the globe buzzing with excitement which was short-lived after Dortmund’s sporting director Michael Zorc announced Jadon Sancho will not be sold this summer.

Michael Zorc, Borussia Dortmund director: “We plan with Jadon Sancho. He will play with us next season. I think that answers all the questions”. 🟡⚫️ #BVB #MUFC #ManUnited

This news saw the odds lengthen to 5/2 in September with United fans left fuming with the club’s ineptitude in the transfer market having only made one signing despite having the expectations the club would help build on the teams brilliant end to the 2019/20 season.

The odds prematurely moved once more after Manchester United made a £91.3m bid for the electric winger to give the Red Devils more hope when he wasn't featuring in BVB’s German Super Cup squad being cut to Even money. However they were dealt another blow when the club denied any transfer related reason for Sancho’s absence, seeing the odds drift back out to 7/4 which you can get now.

Since the news, United have been linked with a plethora of alternative attacking options including Edison Cavani, Ousmane Dembele and Ismaila Sarr.

Many think the club have leaked these rumours to unrest Sancho and get him to hand in a transfer request, however the odds suggest this won’t be the case. Others look back at Ed Woodward’s negotiating strategy and believe a deal could be done but after months of bartering, United will pay the €120m asking price, something they ended up doing for Harry Maguire last summer. 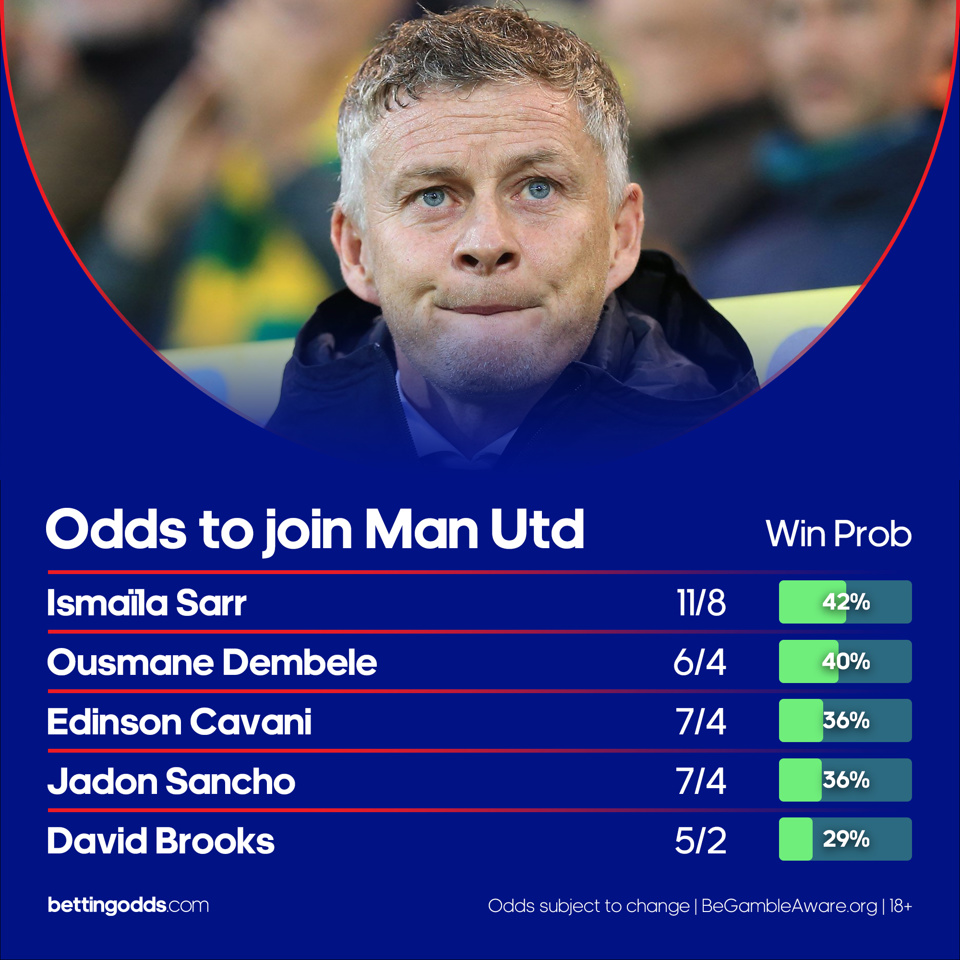 Sancho is currently 2/5 to stay at Dortmund and if I’d have to have a bet I’d take the 9/4 available he joins United. I can’t see an extra €20 million being a problem and despite wasting months, and after their sluggish start to the season, I can see the fans expectations forcing the club to pay the full whack and get their man.