Paderborn lie rooted to the bottom of the Bundesliga heading into gameweek 29
By Callum Pragnell
18:35 Friday 29th May 2020 - 4 minute read

We're now approaching gameweek four of the Bundesliga since football returned earlier this month, and after some fantastic goal-packed matches, it's safe to say that our football fix has been attended to in some capacity.

While most of the talk is around which team will be crowned champions of the German top-flight, it looks as though that argument has now been laid to rest following Bayern Munich's 1-0 win over chasers Borussia Dortmund on Tuesday evening.

The experienced Bayern now have a seven-point lead at the summit of the Bundesliga and are being given a 99% chance of claiming their eighth consecutive league title this season; they are definitely not expected to let it slip at this late stage.

Indeed, the battle at the opposite end of the table is still as fierce as ever. Bottom side Paderborn unfortunately look as good as relegated; with only 19 points to their name and nine points away from safety, Steffen Baumgart's side look destined for drop barring a late miracle.

Survival is not beyond the realms of possibility, however, and after three consecutive draws since the Bundesliga returned there is a slight chance of them clawing their way out of danger, or at least into the lottery of the relegation play-offs.

Bookmakers think that there is a 98.5% chance that Paderborn will be demoted from the first-tier next month, and with just one win in 11, it's clear to understand why.

In a slightly healthier position, but still very much in danger of being relegated to 2. Bundesliga are Werder Bremen. Florian Kohfeldt's men lie second bottom as things stand, three points ahead of Paderborn and six behind Mainz in 15th, but do have a game in hand over the rest of the bottom-seven.

Prior to the break, Werder had been in abysmal form, losing five consecutive league games - the reason why they have slipped to such a perilous position in the table. Upon football's resumption, fortune hasn't been too much kinder to them as they were thumped 4-1 at home by Bayer Leverkusen on their returning fixture.

A slender 1-0 win over Freiburg last weekend did reinstall some belief, however, before a goalless stalemate with Borussia Monchengladbach in midweek extended their mini unbeaten run to two matches.

Werder now face a make or break period of four games they simply have to win, each against teams who find themselves out of form - Schalke, Frankfurt, Wolfsburg and Paderborn. Take 8-12 points from them games and it's game on; lose, though, and they could be in even more trouble. 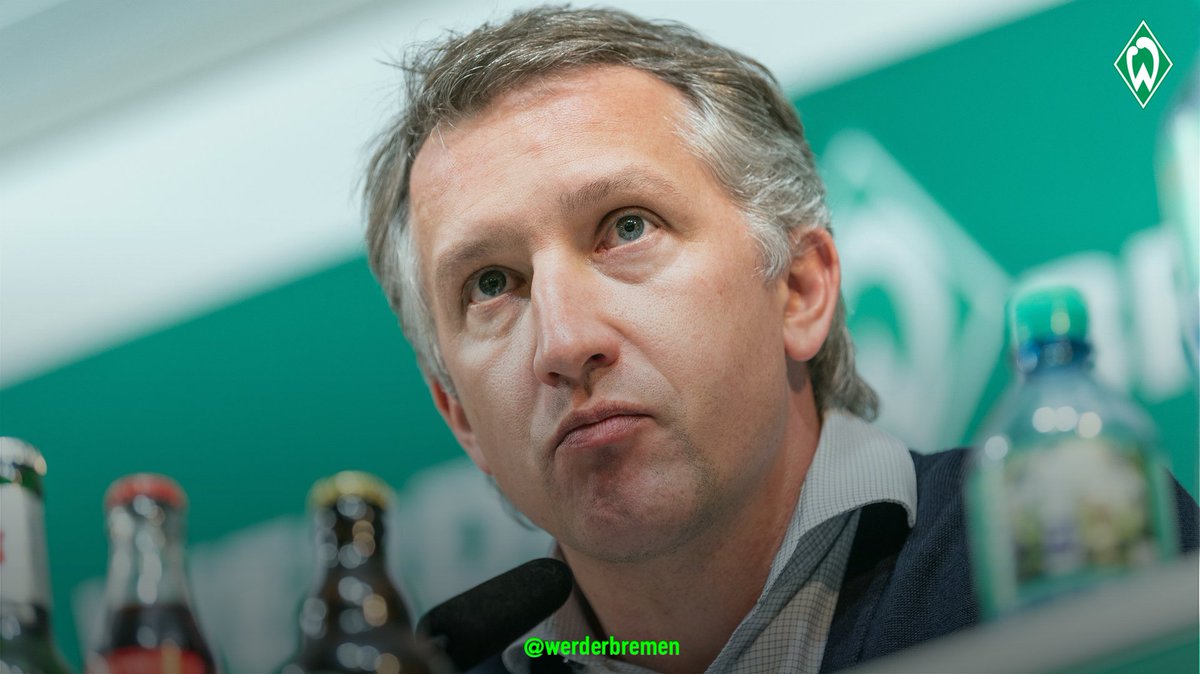 🗣️ #Baumann on the competition:

"There are still five or six teams in the relegation battle, but we aren't looking at those around us. First we need to start winning games and picking up points."

There are then just four points separating 16th-placed Fortuna Dusseldorf and 12th-placed Augsburg, with Mainz, Frankfurt and Union Berlin sandwiched between the two sides at this stage.

14th-placed Frankfurt do have the luxury of a game in hand to play with, against a side who sit seven points behind them in the relegation zone (Werder Bremen), so if they can win that next Wednesday then they will put themselves in a much healthier situation.

Frankfurt's form is far from impressive, however. Adolf Hutter's side have taken just one point from a potential 12 on offer since the Bundesliga returned and will have one eye on the DFB Pokal final against Bayern in two weeks time, something which could distract them when it comes to their league performances.

It is perhaps Fortuna Dusseldorf who face the toughest run-in from now until the end of the campaign, though.

Uwe Rosler's side face a daunting trip to league leaders Bayern Munich this weekend, before playing Hoffenheim, Borussia Dortmund and RB Leipzig in the next three weeks.

Fortuna are currently sat in the relegation play-off spot (16th) but are only ahead of 17th-placed Werder Bremen by five points and have played a game more than their counterparts.

It is not looking great for the side who were only promoted to the German top-flight in 2018. The bookies are giving them a 55% chance of relegation this term, and looking at their run-in, they've certainly got a job on their hands to escape the unforgiving clutches of the bottom-three.