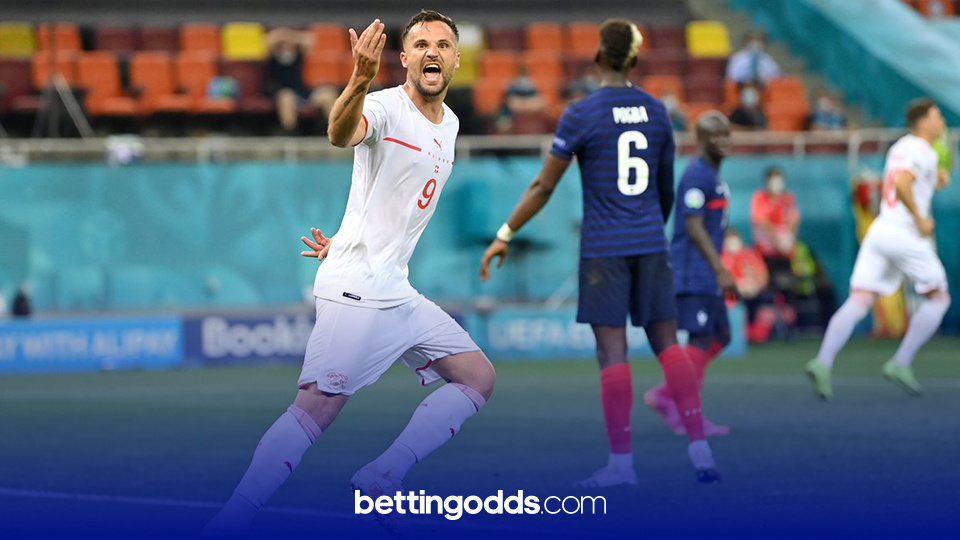 Two sides who qualified for the quarter finals in pulse raising fashion. Although the odds are all in favour of a Spain win. The Swiss can’t be ruled out after their impressive performance and character shown in their victory against the World Cup champions France.

In their last two games, Spain have looked like the side everyone anticipated them to be at the start of the tournament, they are now unbeaten in 12 internationals. Spain also became the first side in the European Championship history to score over 4.5 goals in back to back games and Switzerland's games this tournament averaging four goals per game we could see more of the same here.

These two sides met rather recently in the UEFA Nations League which saw this bet land comfortably in both of the group stage meetings. The bet has also landed in half of Spain's games at this year's Euros and came fairly close in Switzerland's games against similar levels of opponents to Spain, in the match v Italy (one corner short) and v France (one offside short).

For this bet it is a similar reason to the first bet but with the obvious additions of over 1 Swiss card and also Atalanta’s midfielder Freuler to be carded. This bet landed in the gameweek 3 recent meeting in the UEFA Nations League between the two sides. Three centre midfielders having been booked versus Spain in the Euros and also no Granit Xhaka in this one for the Swiss, I am expecting Freuler to step up and be that combative player.

18/1 is simply far too big for a player who scored not one but two headers in his last game against the World Cup champions. Spain are not exactly blessed with strong aerial ability either, La Roja have conceded two headed goals this tournament with one being a late equaliser v Croatia last round and the other coming against Poland where Robert Lewandowski headed home the equaliser (a game I was in attendance in).