Sweden v Ukraine Tips: Side with Sweden in the last of the second round matches 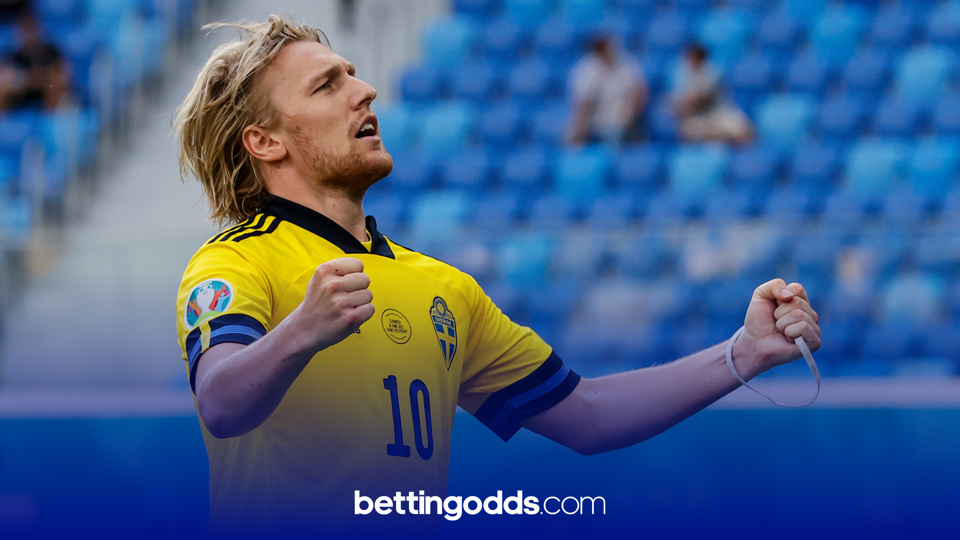 The final game of the last-16 comes from Hampden Park (Glasgow) where Sweden face Ukraine for a place in the quarter-finals. Sweden topped group E finishing above Spain with seven points (two wins and one draw) which is greatly contrasting to the fortunate Ukraine side who managed to sneak through in third place with a negative goal difference and only three points.

Sweden are a touch over evens to win inside 90 minutes but not a price I fancy backing. Taking the double chance market with Sweden or draw and including Sweden to have over three corners helps squeeze out some value but still remain sided with the Swedes.

Sweden have looked much more solid than Ukraine who were rather lucky to get through the groups, but will most certainly put up a fight here in Glasgow. Sweden managed six corners against Poland and seven corners against Slovakia. Ukraine have also conceded 19 corners in their three group matches and Sweden to notch a few here looks very likely.

The West Ham winger has been one of the brighter sparks in this Ukraine side so far, already netting twice in the group stages. Overall he has also been their highest rated player and pivotal in the Ukraine attack.

In the three matches so far, Yarmolenko has registered a total of eight shots, with four on target, scoring twice. Yarmolenko registered three shots with two on target against both North Macedonia and Netherlands, this exact bet landing in two of the three group games.

Adding this with Swedens Emil Forsberg who has netted three times in his last two matches and over 9.5 corners gives this longshot a great chance at a big price.