Swansea vs. Bournemouth Predictions: Billing to be carded in 10/1 double 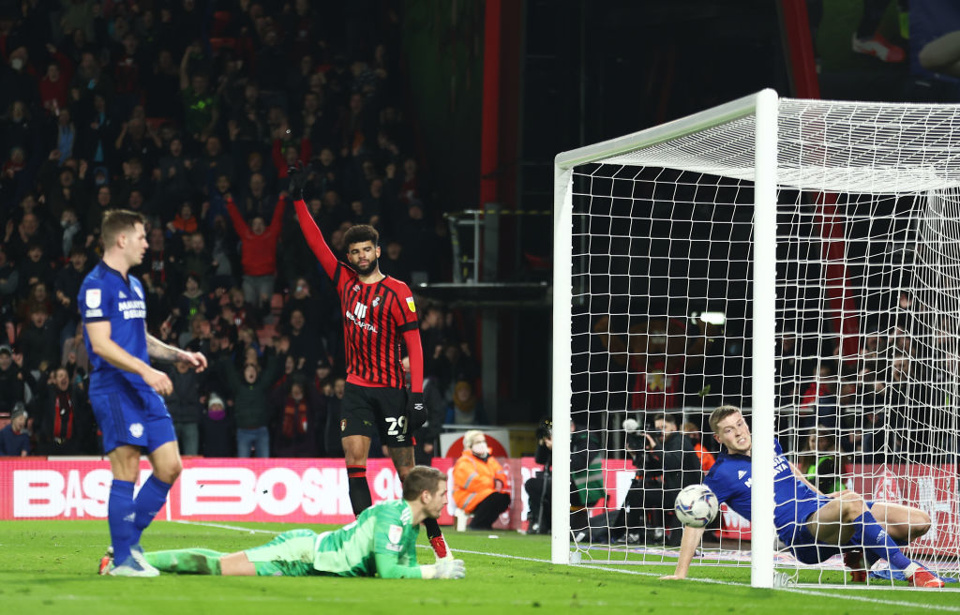 Bournemouth have the chance to take a massive step towards promotion back to the Premier League on Tuesday evening as they travel to South Wales to take on Swansea City. We’ve asked @AnthonyEadson to preview the match and provide us with his best bets for the action.

Dominic Solanke rescued a point for the Cherries on Saturday scoring an injury-time penalty in the 1-1 draw with Fulham. That result means it’s now three draws in their last four matches for Bournemouth who head into Tuesday night’s game currently two points ahead of Huddersfield in third, with two games in-hand over the Terriers.

Swansea have not beaten Bournemouth since back in 2007, with the clubs meeting on 10 occasions since. Russell Martin’s side are 14th in the league, but are finishing the season in strong form after going eight matches unbeaten (W4 D4). A win here tonight would put them three points behind Blackburn in seventh, such is the tight nature of the Championship table.

Russell Martin also has no injury concerns heading into the match and may name an unchanged side after the 1-1 draw with Middlesbrough on Saturday. Bournemouth are without Kieffer Moore and Junior Stanislas, while Jamal Lowe may potentially come in on the left to replace Jaidon Anthony.

Only Aleksandar Mitrovic (41) has scored more goals than Bournemouth’s Dominic Solanke (27)  in the Championship this season and if it were not for Fulham’s talisman, Solanke would be going close to the previous record of 31. My main play for this match will be for Solanke and Piroe to have a shot on target in the match which is available at even money with bet365.

Looking back at Solanke’s shot data over the last few months and in his last 16 starts for Bournemouth he has recorded 20 shots on target, with nine of those resulting in goals. Over the course of the season, Solanke averages 1.31 shots on target per game and considering the importance of tonight’s game in his side's promotion push, I can see Solanke and Bournemouth taking the game to Swansea.

This even money double also consists of Joel Piroe hitting the target at least once in this game at the Liberty Stadium. The 22-year-old Dutchman has 20 league goals and six assists to his name in 2021/2022, with no other Swansea player averaging more shots per game.

Piroe has made 42 appearances in the Championship this season and averages 1.14 shots on target per game. The attacker has registered at least one shot on target in his last five matches with figures of; 1,2,3,2,2 and will most likely be the most likely threat in front of goal for the home team.

I’ve also opted for a 10/1 longshot for this game which consists of Joel Piroe to score and Philip Billing to be carded. This is available at 10/1 with Paddy Power and can be backed by clicking the link above.

I’ve already spoken about Joel Piroe’s impact at Swansea this season and his goals and performances have been one of the highlights for the Welsh outfit this term. Piroe has five goals in his last five matches for Swansea and with his team averaging 2.2 goals per game across their last six, I think there’s plenty of scope for them to get on the scoresheet against Bournemouth, who have only won one of their last five.

Only four players in the entire division have picked up more yellow cards this season than Bournemouth’s Philip Billing. The former Huddersfield man has received a caution in 12 of his 35 league starts this season, picking up five more than any other member of the Cherries squad (Yes, including card-merchant Jefferson Lerma).

This is a huge game for Bournemouth and with the significance of this game in mind I can see them racking up a few cards here. All things considered, 10/1 looks a fair price on Joel Piroe to hit his sixth goal in six games and Billing to pick up his 13th card of the campaign.