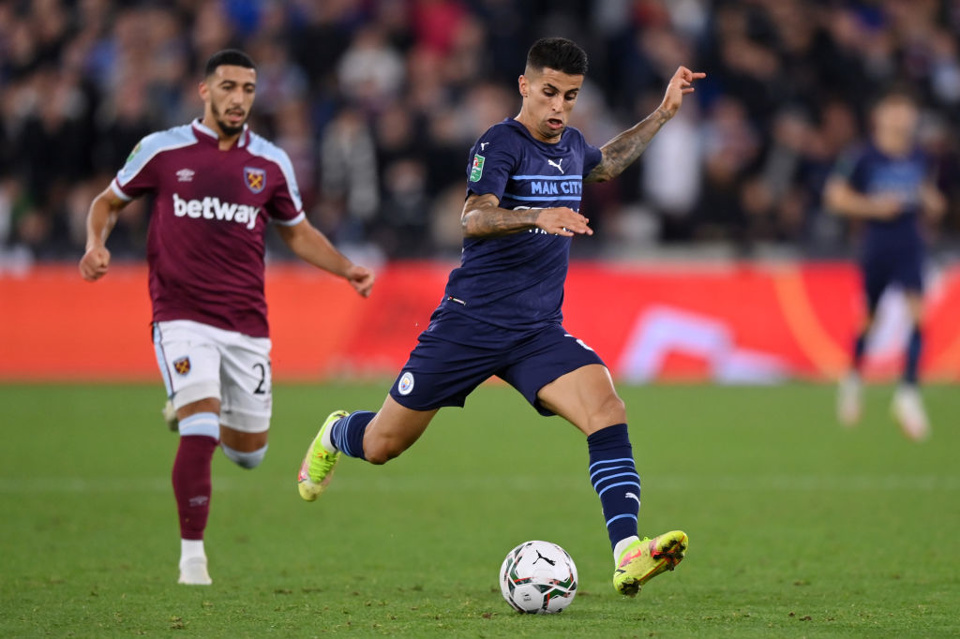 There are two fixtures in the Premier League on Sunday with Manchester City hosting Everton before Tottenham take on leads in the capital. We’ll have full previews along with tips for both of those games here on BettingOdds.com, and once again @AnthonyEadson is on hand with his best bet builder tips for Sunday’s top-flight action.

Two selections have caught his eye, with one coming from each of Sunday’s live games on Sky sports. At the time of writing the two picks pay best with Willam Hill at an attractive looking 16/1 and can be backed by clicking the link below.

The first half of Sunday’s Bet Builder double comes from the Etihad, where I’m expecting Joao Cancelo to start at left-back as Pep Guardiola’s side take on Everton. I put up Cancelo to have an assist in his most recent league game at Old Trafford for which he obliged by setting up Bernardo Silva’s goal and also had a large hand in the first, which was an own goal by Eric Bailly.

Cancelo was priced at 7/2 with Paddy Power to have an assist in the Manchester derby and they have him even shorter for this home game against Everton at 23/10. I was therefore shocked to see that William Hill have gone 6/1 for the 27-year-old to have one against the Toffees. In the Champions League at the start of the month Cancelo made three assists against Club Brugge and I think this selection has a lot more of a chance than the 14.3% that 6/1 implies.

The second game that takes place on Sunday in the Premier League is Spurs against Leeds, where I’ve taken a lean towards Son Heung-min to have 2+ shots on target (or as it’s referred to on William Hill ‘Over 1 shot on target’).

Sonny is averaging 3.6 shots per game at home in the league this season compared to just 1.2 shots per game away from the Tottenham Hotspur Stadium. The 29-year-old has scored on four occasions so far this campaign, with no other player in the squad having scored more than one in the league.

Leeds have not yet reached the levels they showed last season and find themselves with 11 points after 11 games. Bielsa’s side are conceding an average of 15.2 shots per game this term and I think they’ll struggle here as I’m expecting a big performance from Spurs with Son hopefully hitting the target twice or more.

Considering this same double pays just 9/2 with Betfair and Paddy Power I feel we are getting a nice bit of value at 16/1 with William Hill. Best of luck to anyone following the selections and as always please gamble responsibly.